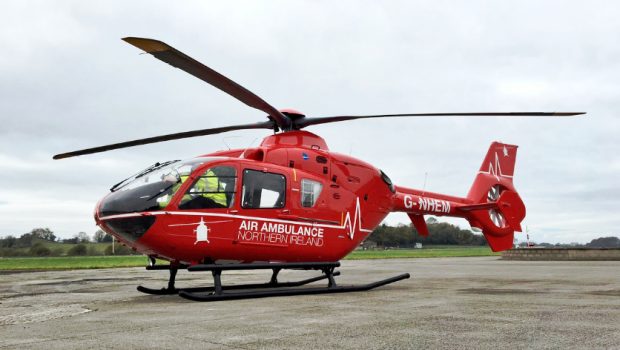 On 9th November, Air Ambulance Northern Ireland (AANI) unveiled its primary helicopter at Titanic Belfast. G-HNEM, is one of two EC135 helicopters fully equipped for the Helicopter Emergency Medical Service (HEMS) role. Currently there are 32 air ambulances throughout England, Scotland and Wales; however Northern Ireland with a population of 1.85 million and 5,463 sq. miles (14,150 km²) of land mass is still without a HEMS, but fortunately not for much longer.

Earlier on 23rd August, Northern Ireland’s Health Minister, Michelle O’Neill, announced that AANI would be the charity partner for Northern Ireland’s (NI) first HEMS. In January 2016, AANI responded to the Department’s consultation in January 2016, setting out their proposals for building a sustainable funding base in the local community. The charity has been working closely with the NI Health Department and the Ambulance Service since then, to develop a partnership model, in line with best practice HEMS operations, in other countries. Its Trustees had been working on the introduction of an Air Ambulance since 2013, and in May 2014, with the support of the current First Minister Arlene Foster, they presented a proposal for an Air Ambulance for Northern Ireland, based on the HEMS model.

Speaking at the announcement of that partnership, the Minister said: “The charity will work in partnership with the Ambulance Service to provide the aviation side of the service and fund the non-medical costs of HEMS. The medical staff and equipment will be provided and funded by Health and Social Care services.” “Ultimately there will be a doctor and paramedic on board the aircraft to administer emergency medical services, in line with the outcome of our recent consultation” she added.

She went on; “I want to stress that the safety of patients across the system remains my primary focus in overseeing the smooth implementation of this new service. The staffing model requires careful planning and for this reason I have listened to representatives from the clinical community, and will be advised by my Chief Medical Officer on the most clinically appropriate means for delivering this. I will therefore make a further decision about the initial operating model, and timeframe for implementing it, in the weeks ahead.”

In March 2016, AANI were successful in applying to the UK Chancellor’s banking fines fund, and were awarded £3.5 million (around €4.07 million) to establish and support the HEMS service in the first 22 months of operation, with a pledge of a further £1 million (around €1.16 million) in matched funding thereafter.

Minister O’Neil at the time welcomed the funding development, as a significant boost to the implementation of HEMS, adding; “I want to congratulate the Trustees for their work to date, particularly in securing significant funding to help launch and maintain the service in its early years”.

“I look forward to working with the charity as they engage further with the community to build a sustainable funding base for HEMS in the years ahead. We have seen the levels of support for HEMS that exist in our local community and I wish AANI every success in developing that foundation further” she added.

HEMS will be a service commissioned through the Ambulance Service by Northern Ireland’s Health and Social Care Board (HSCB). Both organisations are leading on planning and implementation and the partnership between AANI and the Ambulance Service, will be the subject of a formalised Memorandum of Understanding (MOU).

On 6th of September, AANI announced that Babcock Mission Critical Services Onshore (‘Babcock’) had been selected as the aviation supplier of the Charity’s two EC135 twin-engine Airbus helicopters equipped for emergency services and air ambulance operations in mind. Babcock has decades of experience in providing HEMS across the UK and currently operates from more than 20 UK bases, responding to hundreds of emergency calls every week. The company will also provide aviation training and the pilots for both helicopters. The contract with Babcock will initially run for three years, with a possible extension for a further two years, and followed a European wide tendering process. The helicopters will be based at Belfast International Airport at Aldergrove, Co Antrim – where they will be within a 25 minute flight time of any part of Northern Ireland – and will transport patients to Belfast’s Royal Victoria Hospital.

Returning to the event at Titanic Belfast, Ian Crowe, Chairman of AANI, said; “We’re delighted to publicly unveil the actual helicopter which will provide Northern Ireland’s first HEMS service. The service will bring us into line with other regions in the UK and Ireland, and will help save an expected 18 to 50 lives every year”.

The helicopter was visiting Belfast as part of a three-day visit. It will be the primary aircraft with the second on standby to ensure 24-hour cover across Northern Ireland. “Having two air ambulances permanently based in Northern Ireland will significantly reduce maintenance downtime. Having one helicopter on duty every day will ensure Air Ambulance Northern Ireland is there for those who need it,” Mr. Crowe added. 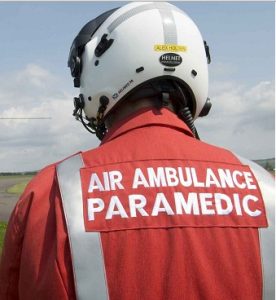 He went on; “On behalf of the Trustees we want to thank everyone that has supported the Charity to date in establishing this important lifesaving service. The support we’ve received from the public and local businesses has been fantastic, and this visit is an opportunity to say thank you and encourage others to get involved. Annual running costs for the service will be £1.8 million (around €2.01 million) and we’re relying on the generosity of local people to help us raise these funds”.

On 14th November, the Association of Air Ambulances (AAA), which represents the majority of air ambulance operations in the UK, announced that AANI and the Northern Ireland Ambulance Service Health and Social Care Trust, had both joined the Association, as full members.

Full members of AAA are ambulance services and air ambulance charities that are committed to ethical fundraising, collaboration, have a unified vision of improving patient outcomes and abide by the Association’s Code of Conduct. All members can access a tailor made range of benefits, services, information and resources, together with statistics and clear guidance on improved charitable, operational and clinical best practice.

Mr. Crowe thanked the AAA Board for accepting AANI as members and said; “We very much appreciate the support that AAA have afforded us over the past two years and in particular the support in our successful application to the Chancellor for banking fine funds. We have been working diligently to establish HEMS in NI, which we had hoped to commence in September 2016, as per our application to the Chancellor. However, following questions about the launching of a Doctor led service; the project is now behind target as we await the feedback of the Chief Medical Officer who is reviewing the clinical governance, capability and resilience of that style of service. The AANI believe an initial Paramedic staffed model would allow the service to start very soon, delivering lifesaving care to medical and trauma patients. This would then allow time for the advanced critical care teams, which should include doctors, to be trained within a structured clinical governance programme.’’

A date has not yet been set for a commencement of operations; however, the Health Minister is expected to make a further announcement about the commencement of the service by the end of November. 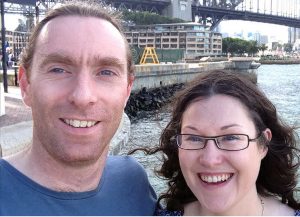 The realisation of the HEMS service for Northern Ireland would have not been possible without the vision of Dr John Hinds, consultant anaesthetist and intensivist, at Craigavon Area Hospital, in County Armagh. He was an avid campaigner for an Air Ambulance Service and was widely known and respected throughout the road-racing fraternity for his love of the sport and his dedication to high-speed motorcycle trauma medicine. It is fitting that it has been agreed that new service will have the call sign ‘Delta 7, formerly assigned to Dr Hinds by the Northern Ireland Ambulance Service, when as one of the so-called ‘flying doctors’, together with colleague Dr Fred MacSorley, they saved the lives of many motorcycle riders. The two followed the riders on the warm-up and opening lap of each race or practice session, to enable them to be on scene rapidly in the event of a serious incident occurring. Born on 21st March 1980, in Newtownards, from seventeen years of age, he was a avid motorcycle enthusiast. He studied at Queen’s University Belfast and graduated with a medical degree in 2003. He had a voluntary role as part of the Motorcycle Union of Ireland’s medical team and regularly provided medical cover for motorcycle racing events, supported by response vehicles, staffed by other doctors and paramedics. Tragically on the evening of 3rd July 2015, he was involved in an accident while providing medical cover at a Skerries 100 practice session. He was taken to Beaumont Hospital in Dublin, but died the following day from his injuries. He is survived by his spouse, Dr Janet Acheson, who has been campaigning for the air ambulance service which will now be launched as a fitting honour. 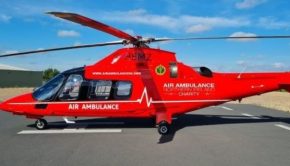