SR Technics, headquartered in Zurich, and a world leading MRO service provider, announced on 20th October, that it had signed several maintenance agreements extending its partnership with easyJet.

Jeremy Remacha, SR Technics’ interim CEO commented: “We are delighted to further extend our long-term partnership with easyJet in support of their line maintenance in the UK and line and light base maintenance in Switzerland. Our teams are committed to continue delivering safety, quality and reliability in line with the easyJet’s expectations, enabling the airline to focus on its core business. I would like to take this opportunity to thank easyJet and its management for their trust and support over the past years.” 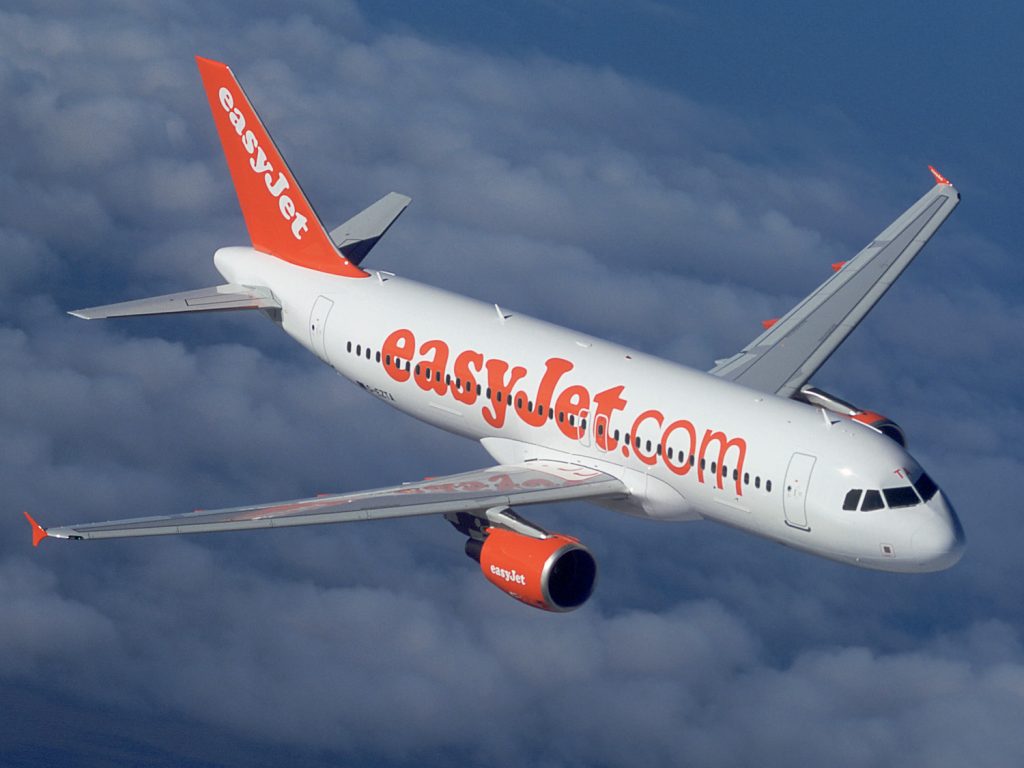 Ian Davies, easyJet’s Head of Engineering and Maintenance commented: “We are pleased to be signing these agreements which extend our partnership at the key bases in our network. The delivery of line maintenance services is critical to supporting the easyJet operation and we will be working closely with SR Technics to ensure they meet our expectations.”

Earlier on 19th October, SR Technics, announced that it has been awarded with a ten-year exclusive PbH (power by the hour) agreement from Spanish low cost carrier, Volotea, based in Barcelona. In addition to providing engine maintenance, repair and overhaul for the airline’s CFM56-5B fleet, SR Technics will offer in-service and on-wing support. All engine work will be completed at the company’s Zurich facilities. 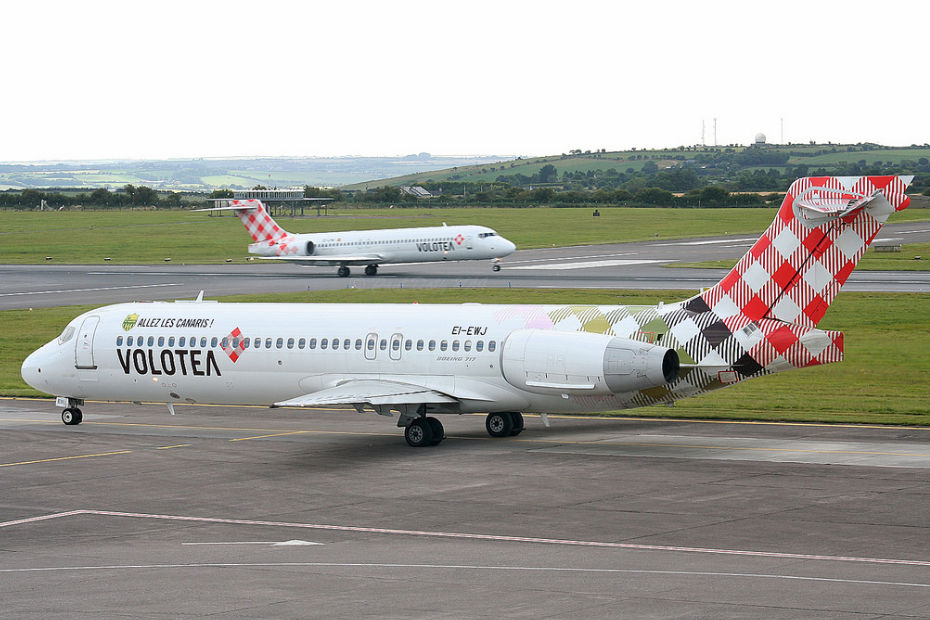 The new agreement with SR Technics is part of the carrier’s re-fleeting plans. Volotea is currently flying a growing fleet of Airbus A319 with CFM56-5B engines, and is planning to rapidly expand this in the coming years. The quality, flexibility and competitive rates of the service package were clearly important to the airline’s decision to award SR Technics with the long-term engine contract.

“We are very pleased to be awarded with this agreement from Volotea”, said Frank Walschot, COO at SR Technics. “Volotea has grown significantly in recent years, and while relying on our high-quality engine services, the airline can concentrate on expanding its route map and flying even more passengers. We look forward to building on our collaboration to support Volotea’s future growth.”

Román Pané, Volotea’s COO, in a comment said: “We are delighted to partner with SR Technics, which will ensure we get top-notch technical support for our expanding A319 fleet. Relying on such a strong partner will allow us to focus on our core business of transporting our passengers safely and on-time.”

The LETS services include transition maintenance checks and repairs (A, C, IL, D-Checks and structural repairs), interior upgrades and cabin reconfiguration, part 21J engineering design services up to STC (Supplemental Type Certificate), paint and livery, full engine BSI (Borescope Inspection), engine replacement, conservation, storage and parking, and finally, consulting. The service is available for the Airbus A319, A320 and A321 at the SR Technics Malta facility and as single integrator for the Airbus A330, A340 and for the Boeing 777 at the company’s Zurich facility in Switzerland. 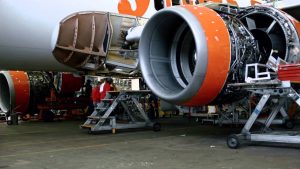 Maintenance on an easyjet Airbus engine

In response to the constant changes in the market demands of the aviation industry, leasing offers many carriers a flexible option for maintaining a modern fleet. However, at the end of a lease, the carriers must get an aircraft ready for redelivery, a lengthy process that can involve repairing defects, replacing spare parts and even an engine overhaul, depending on the state of the aircraft. If not handled correctly, a change of operator can cost carriers a fortune in out-of-service downtime, late fees and last-minute maintenance. Similarly for leasing companies is the risk of a delay to deliver the aircraft to its next customer. This is precisely what the new SR Technics product is designed to help carriers and leasing companies avoid.

It was on 27th September, that SR Technics announced that it had received base maintenance approval from the Federal Office of Civil Aviation (FOCA), who acts on behalf of EASA, to begin offering a range of cabin modifications services for Boeing 777 customers at Zurich Airport, further expanding its service capabilities.

Following the approval, the SR Technics Centre of Excellence was able to offer major turnkey cabin modifications and embodiment projects for the Boeing 777 and base maintenance support. Refurbishments will be handled by using a special upgraded line that is focused entirely on cabin modifications work, with dedicated processes and teams of trained experts, minimising the needed ground time. The new capabilities – and the proven track record of on-time deliveries – will offer clear benefits to VIP customers, airlines and leasing companies looking for cabin work or any innovative entertainment upgrades.

Over the summer, SR Technics successfully completed cabin modifications for Edelweiss and Scandinavian Airlines (SAS). The cabin modification programme for Edelweiss was to its fleet of six Airbus A320 aircraft. The work involved reconfiguring the aircraft cabin layout and replacing seats, galleys and lavatories. The new layout allowed an additional seat row to be added to each aircraft, thus increasing Edelweiss’ per-flight capacity. In conjunction with the cabin modifications, the carrier also asked SR Technics to add a wireless Panasonic In-Flight Entertainment (IFE) system to all of the A320s in order to enhance passengers’ in-flight experience.

Several of the aircraft were due for heavy maintenance visits and SR Technics coordinated the work to coincide with these inspections in order to keep ground time to a minimum. The work on all six aircraft was done at SR Technics’ Centre of Excellence in Zurich, and delivered on schedule. 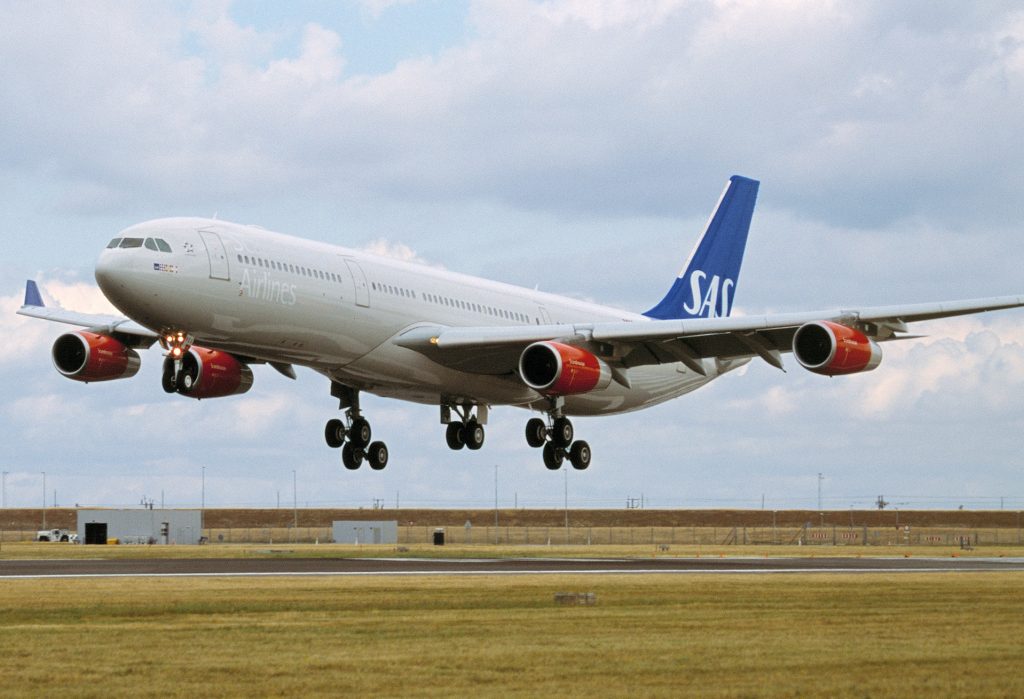 In late 2014, SR Technics teamed with SAS to enhance the cabin experience of SAS’s Airbus A330-300 and A340-300 aircraft, and SR Technics announced on 28th July the successful delivery of the cabin modification project of 12 wide-body aircraft for the airline.

The on-time delivery of this type of complex project demonstrates SR Technics’ commitment to meeting the schedules of its customers. The design support and multi-disciplinary teams of logistics, kitting, finance, production, procurement and project management all under one roof is what enabled the successful delivery of each aircraft.

The refurbishment led to the completion of the aircraft cabins in new attractive colours with improved ergonomic seats in all classes. As part of the modifications pleasant mood lighting, in which light colour and intensity are adjusted to the time and duration of the journey, is combined with the upgraded innovative In-Flight Entertainment (IFE) systems.

In addition to the cabin modifications program, SAS requested a number of C-checks and full aircraft repainting completed during the cabin refurbishments which were performed at SR Technic’s workshops and hanger facilities in Zurich, enabling the highly skilled professionals to work simultaneously to ensure on-time delivery without any additional delays.