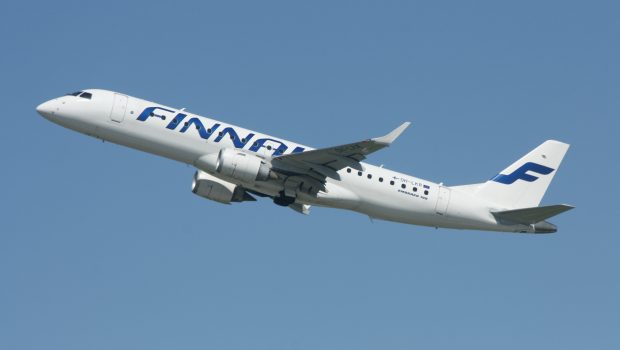 On 17th August, Finnair announced that in order to ensure profitable growth, in what it described as “an environment of elevated market uncertainty”, it was continuing to review the efficiency of its activities and was looking to further cut costs. The target is to achieve permanent savings through various efficiency-improvement measures, amounting to €20 million annually, by the end of June 2017. While Finnair’s performance has been on an upward path now for almost two years, its unit costs excluding fuel increased slightly in the first half of the year.

CEO Pekka Vauramo has said that this is something that the airline cannot be satisfied with, but adds that it was important to keep in mind that the airline is currently preparing for accelerated growth, which he said has had “a front-loaded impact” on the airline’s cost structure. During the first half, Finnair recruited over 500 employees, bringing its total to 5,165, by 30th June. The training of new crew and the rollout of new aircraft, launch of new routes and other preparations, has negatively impacted on its results, by around €6 to €8 million, in each quarter.

Nevertheless, sustainable improvement in profitability is a prerequisite for Finnair’s accelerated growth strategy, announced in spring 2016. Finnair is adamant that it must maintain tight control over costs, even as it prepares for growth and is looking for new ways to improve efficiency; for example, through digitalisation. The foundation for this was laid with the previous cost savings programmes conducted in 2011–2014. This has resulted in a material decline in fuel expenses and improving ancillary and retail sales. Details on the main areas of the cost-efficiency programme are expected to be finalised over the next few months.

The announcement of planned further cost cutting measures comes as the Finnair Group published its half year financial report, for the period 1st January – 30th June 2016. Its most recent operating result for the second quarter (Q2) showed a year-on-year improvement for the seventh consecutive quarter and was positive at €3.2 million. Full details can be found here. 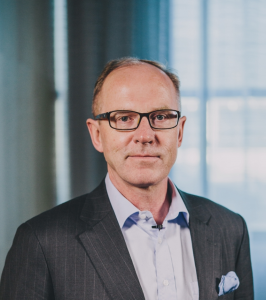 Commenting on the figures Mr. Vauramo said: “Our comparable result for the second quarter was a good €3 million in the black, representing an improvement of some €16 million compared to the previous year, roughly equal to the year-on-year increase of our result in the first quarter. Due to reasons such as lower fuel costs, higher capacity and growing ancillary and retail revenue, our updated outlook is that our full-year result for 2016 will show an improvement on the previous year. Nevertheless, it should be noted that last year’s third quarter saw several factors contribute to a strong result that was an all-time record for Finnair, so the comparison period sets the bar high. With that in mind – and provided that the market situation remains unchanged – we expect that our performance developments will moderate somewhat in the second half of 2016.

In the second quarter, our organisation continued to prepare for accelerated growth in the longer term in accordance with our strategy. The training and supplementary recruitment of flight personnel progressed as planned. After taking delivery of two new A350 aircraft during the second quarter, we now have six of the new aircraft in our fleet. However, the deliveries of the new aircraft took place a little later than planned, which forced us to adjust our flight programme. This meant that our capacity growth fell slightly short of our previous estimate”.

He went on; “Our capacity measured in Available Seat Kilometres grew during the quarter by approximately 9% year-on-year, while traffic growth measured in Revenue Passenger Kilometres was slightly below 7%. We achieved growth particularly in long-haul traffic, where we launched two new routes for the summer season, to Fukuoka and Guangzhou, and we also added more flights to Miami and Chicago. Filling aircraft on new routes and frequencies typically requires a breaking-in period, and the review period on these routes was largely in line with our expectations. In the second quarter of this year, long- haul traffic accounted for about 56% of our capacity, while the corresponding figure for the comparison period was about 53%. Since unit revenues are typically lower in long-haul traffic than in short haul, this change in our traffic structure was also reflected in our unit revenue”.

“In order to be able to invest in growth and continue on our chosen path, we must ensure that our unit costs continue to decline. With that in mind, we are now proactively taking steps to deliberate together with our personnel about the measures we could utilise to improve our result and sustain the preconditions for the implementation of our growth strategy” he said in conclusion. 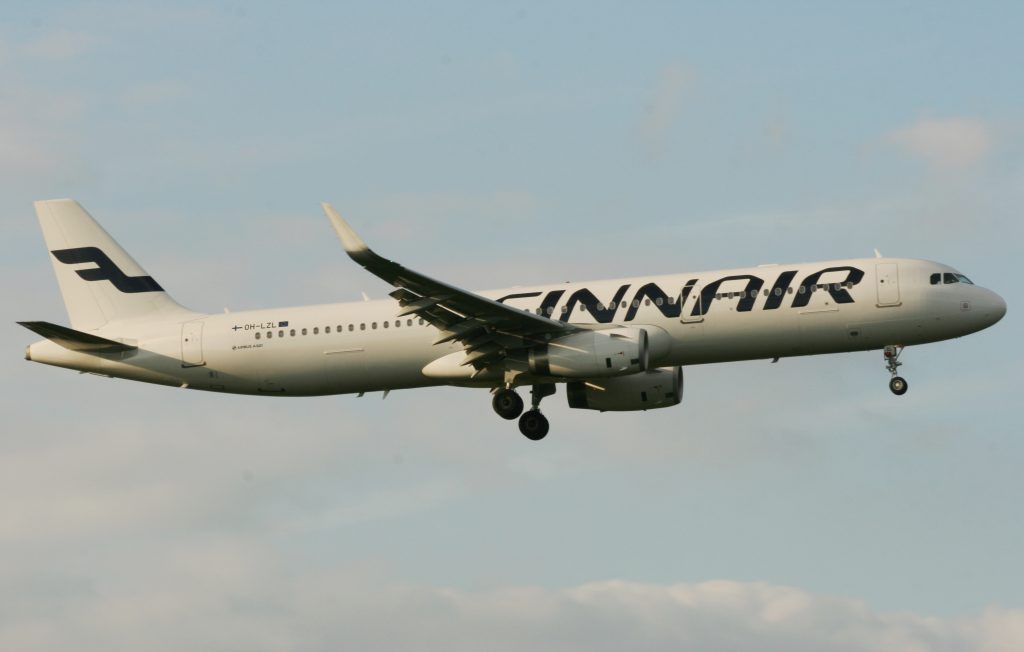 Finnair’s new estimate of capacity growth is approximately 7%, while the previous estimate published on 12th May was for growth of 8%, compared to 2015. The revised estimate is due to delays in the deliveries of the A350 aircraft. The sixth aircraft, OH-LWF (c/n 28), was delivered on 24th June and, according to the current delivery schedule, the seventh aircraft will be delivered by the end of 2016. The rate of revenue growth is estimated to be slower than the rate of capacity growth. Uncertainty regarding the demand and yield prospects of the airline industry has increased during recent months. Finnair estimates that its comparable operating result for 2016 will increase from the previous year (2015: €23.7 million).

At the end of June 2016, Finnair itself operated 48 aircraft, of which 18 are wide-body and 30 narrow-body aircraft. 26 of these aircraft were owned by Finnair, 19 were leased and three were on finance lease. In addition, Nordic Regional Airlines (Norra), formerly Flybe Nordic, operates a fleet of 24 aircraft for Finnair, on a contract flying basis. Of the aircraft operated by Norra, 11 are owned by Finnair and 13 are leased. Due to a shortage of pilots at Norra, CityJet has secured a contract from Finnair for the wet-lease of one of its two Sukhoi SSJ-100 SuperJets, from 15th to 31st August. The aircraft is being used on routes from Helsinki to Billund, Warsaw and Geneva and is fully crewed by CityJet, but with a Norra cabin crew member on board, as is usual in such arrangements. On 14th August, EI-FWB departed Dublin as the AY8922 at 16:25, in preparation for the lease. Operations began the following morning as scheduled, with the aircraft operating the AY741, from Helsinki to Warsaw.

Sukhoi Superjet EI-FWB is now on lease to Finnair

With the arrival of its sixth A350, Finnair has reduced its Airbus A340-313E fleet to just two examples, OH-LQD (in ‘Marimekko Unikko’ c/s) and OH-LQE (in oneworld c/s), following the return of OH-LQB to lessor on 29th July. This aircraft was ferried all white from Rome Fiumicino to Lourdes Tarbes airport. The other four A340s, OH-LQA (ex G-VFLY), OH-LQC (c/n 844), OH-LQF (ex F-GNIF) and OH-LQG (F-GNIG), have already been withdrawn from service.

Last year, Finnair announced it would launch a wireless network connection for the majority of its wide and narrow-body aircraft. Wireless services are already fitted on board the airlines new Airbus A350 XWB fleet. It will begin the installation of Wi-Fi on its long-haul Airbus A330 aircraft in October of this year, and the installation is estimated to be ready in May 2017. Panasonic Avionics Corporation (PAC Panasonic), which already supplies the connection for the A350 fleet, has been chosen as the supplier of the wireless connection on Airbus A330 aircraft. The connection will be achieved by Ku band satellite technology, which guarantees a working global network connection during a flight. 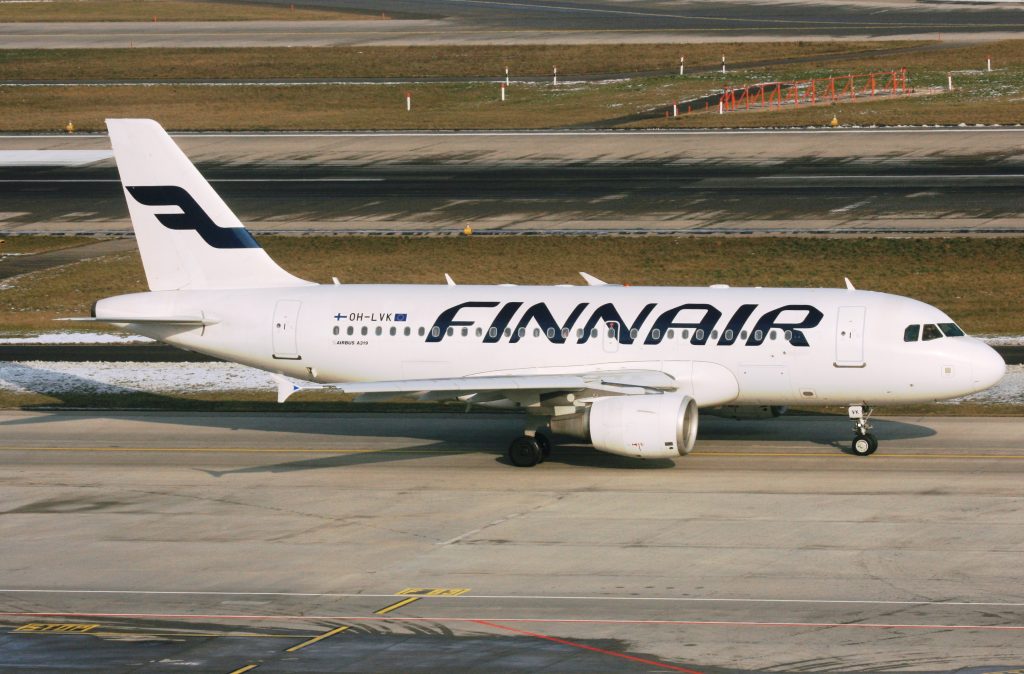 Finnair and Alitrip, a fast-growing online travel platform in China, signed a long-term strategic partnership in July, which is expected to bring approximately 3,000 Chinese tourists to Finland during the winter months, to experience the magic of Lapland and the Northern Lights. In conjunction with this new initiative, Alitrip will establish a service centre in Rovaniemi to offer customer service help for travelling customers. With this new partnership, Finnair becomes the first strategic European airline partner for Alitrip with a project of this magnitude. Finnair operates from six cities in Greater China, including year- round services to Beijing, Chongqing, Hong Kong and Shanghai, as well as seasonal services to Guangzhou and Xi’an, with up to 32 weekly flights during the peak summer season.

Alitrip is a fast-growing leading travel platform in China and is owned by the Alibaba Group, one of the largest public companies in China. Alibaba operates businesses such as online shopping giants Taobao, T-mall, Alibaba.com and many other diverse business genres. Alibaba is a publicly listed company on the NYSE, with the company’s head office located in Hangzhou.