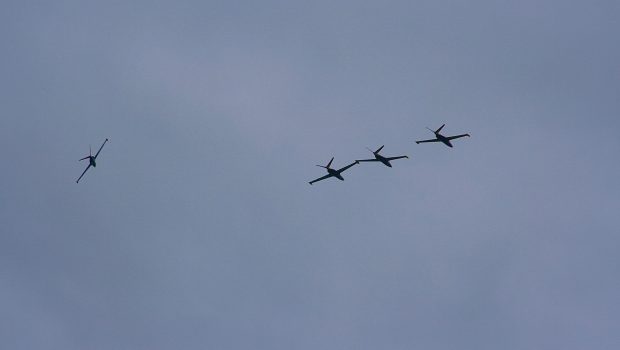 The Bray Airshow weekend is building up and more of the participants arrived into Baldonnel on Friday. First to arrive were the Swedish Historic flight with the SAAB Draken, Viggen and SAAB 105. These were followed later in the afternoon by the civilian French team, the Groupe Tranchant. A weather system in the southern UK caused a one hour delay to their planned arrival. These fly a four-ship formation of Fouga CM.170 Magister’s. The Magister’s being no stranger to Baldonnel as the Irish Air Corps flew six of these from the mid-70’s until 1999. There was quite a buzz by Air Corps staff as they taxied to the ramp bringing back memories that distinctive sound and smell from the classic jet trainer. The only other Airshow arrival into Baldonnel on Friday was a spare aircraft for the ‘Frecce Tricolori’. Aircraft ‘8’ arrived around lunchtime and parked alongside the rest of the team on Runway 29.

Another Spectacular arrival is planned for Saturday evening when the RAF Red Arrows will arrive over Dublin city around 7.30pm with a flypast along the Liffey with smoke-on similar to the arrival of the Italians on Thursday. Following the flypast the Red Arrows will arrive in Baldonnel for an overnight stay. They will be the opening act of the Bray Airshow on Sunday when they will arrive overhead Bray at 2.00pm to start their display. 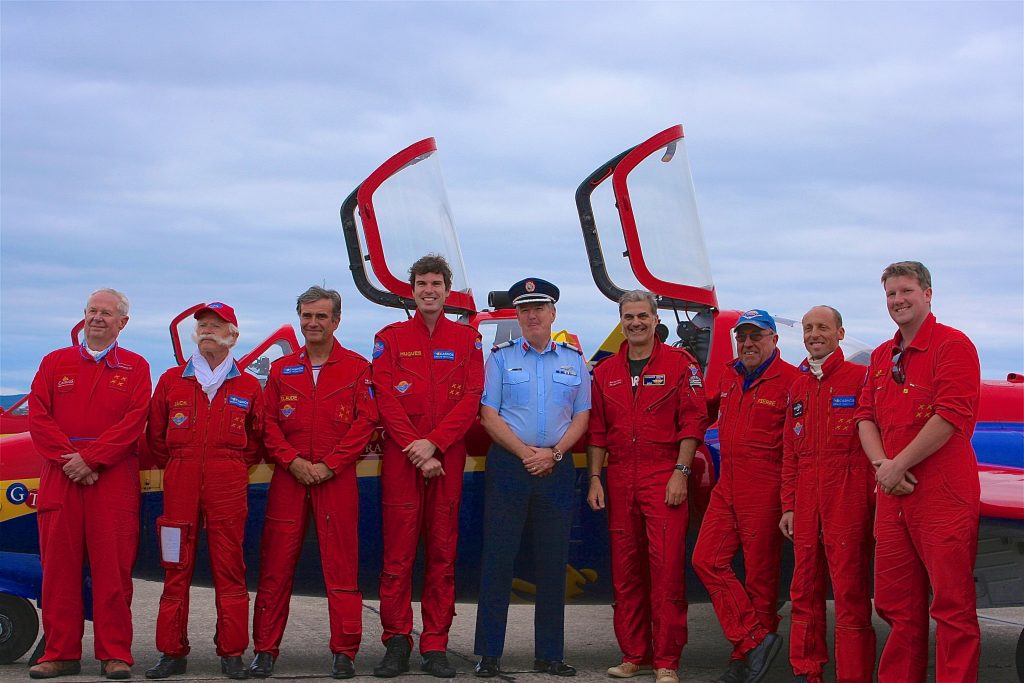 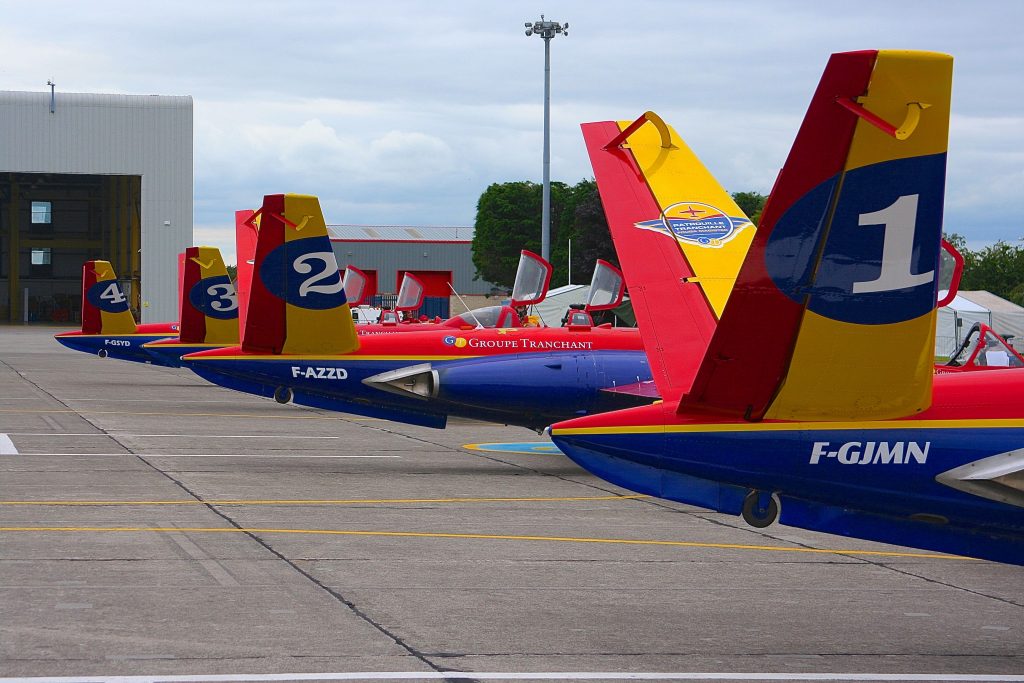 The colourful and distinctive Fouga tails parked on the ramp in Baldonnel. 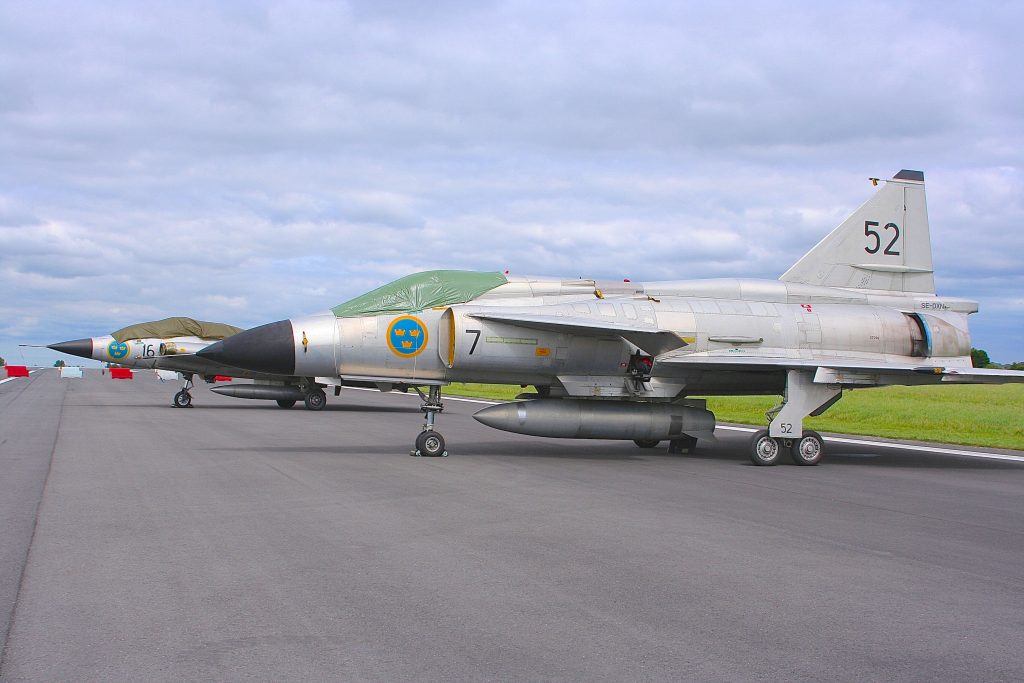 The Swedish Historic Flight Viggen and Draken parked up in Baldonnel awaiting their chance to grace the sky over Bray on Sunday afternoon. 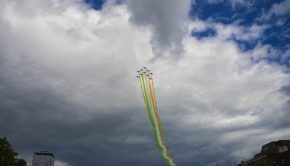