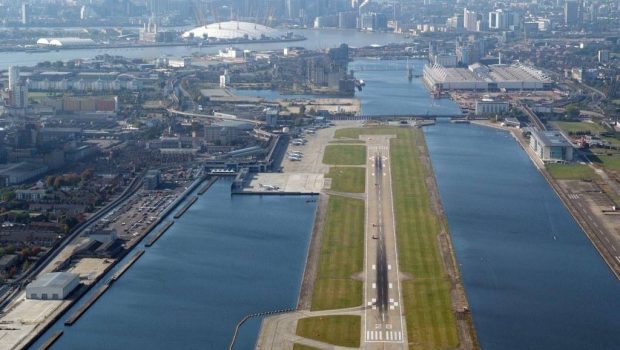 In what was described as a major boost to improve passengers’ journeys and support British jobs and investment, Chancellor Philip Hammond, Transport Secretary Chris Grayling and Communities Secretary Sajid Javid announced on 27th July, the go-ahead for a brand new £344 million (around €407.4 million) expansion programme at London City Airport. The airport, which is located in the Royal Docks, in the London Borough of Newham, in close proximity to Canary Wharf, the City of London and the West End. It is easily connected through the Docklands Light Railway (DLR) service, as well as with excellent road links.

The announcement by the three ministers is set to improve passengers’ journeys; these new plans will increase connections within the UK and Europe and support business opportunities and investment.

London City Airport also estimates that the scheme will create 1,600 airport jobs for staff, together with 500 construction jobs, and could potentially contribute £1.5 billion (around €1.78 billion) to the UK economy, by 2025. The City Airport Development Programme (CADP) is a privately funded investment, which includes plans for seven new aircraft stands, a parallel taxiway and passenger terminal extension which will give the airport the space it needs, to cope with the increase in passengers and services, bringing a better passenger experience. 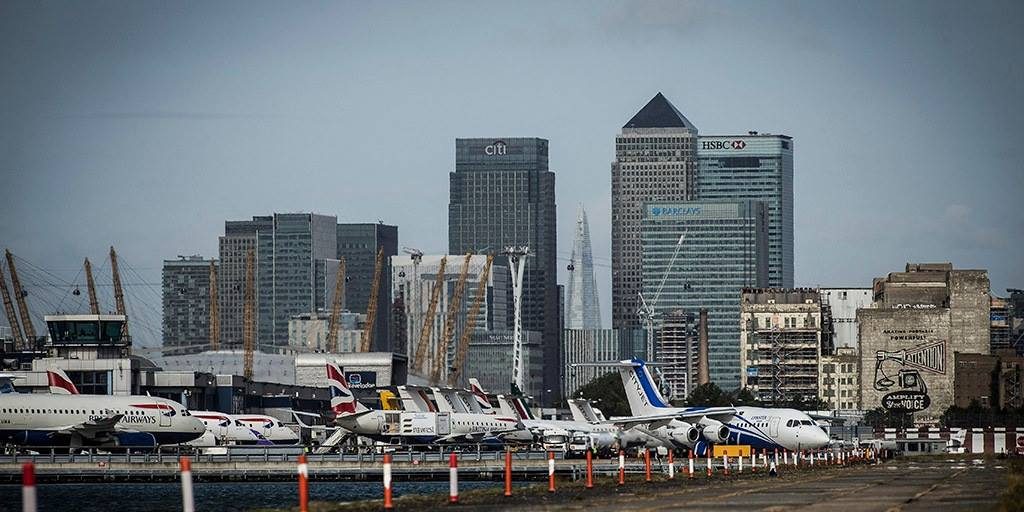 The development will transform the airport, one of East London’s largest employers in London’s Royal Docks, enabling the airport to welcome quieter, next generation aircraft and add more capacity. Last year the airport, which opened in 1987, welcomed a record-breaking 4.3 million passengers, an 18.3% increase in the last year alone. Much of the growth has occurred since the acquisition of its controlling stake, by Global Infrastructure Partners in 2006, which has successfully grown passenger numbers from 2 million in 2005, to its present record figures.

London City Airport will also make a number of investments in transport links around the airport, including funding the cost of additional DLR rolling stock (£2.6 million/(around €3.08 million), investing in a bus and taxi access scheme and improving walking and cycle routes to the airport.

Chancellor of the Exchequer, Philip Hammond, accompanied by Lord Ahmad of Wimbledon, the Aviation Minister, confirmed the Government’s approval during a visit to the airport, and said: “London City Airport’s ambitious growth plans will boost international connections, strengthening the City of London’s links to destinations across the world, and send a clear signal that Britain is open for business. Making it easier to visit and do business in the City of London will help drive forward our economy and further strengthen the city’s status as the world’s leading financial centre”.

In a statement, Transport Secretary Chris Grayling added: “This is fantastic news for London and Britain as a whole. I am determined to invest in the infrastructure this country needs, to help people get around more easily, boost investment and create opportunities.

London City Airport is an engine for growth in the City, serving the community in which it operates and providing a vital link to our regional airports and the rest of the country.

These new plans for London City Airport will deliver jobs and business in the capital and more widely. Companies across the UK will be able to bid for construction and procurement contracts worth £294 million (around €348.2 million), meaning the benefits will be felt up and down the country”.

His colleague Communities Secretary Sajid Javid noted that the expansion of both the airport and terminal building would provide a real boost to economic growth and job creation and clearly indicate that Britain was open for business. “Commuters also stand to benefit from the expansion of the terminal and improved facilities which will make using the airport more pleasant and efficient” he said. 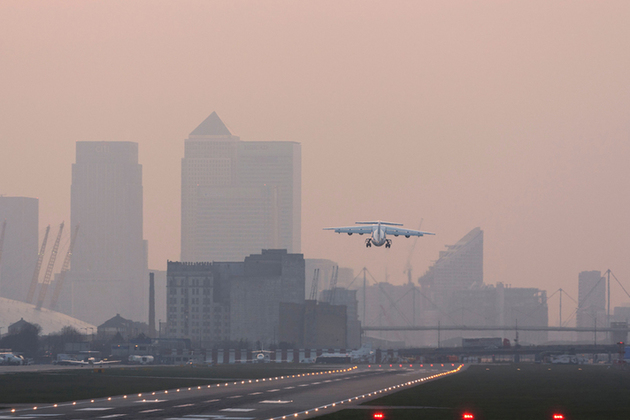 An obviously pleased Declan Collier, CEO, London City Airport added: “Today, the new Government has shown it is ready to act in the best interests of the British economy. Expansion at London City Airport will create more than 2,000 new jobs in East London, add much-needed aviation capacity in the South East, and generate an additional £750 million per year (around €888.35 million) for the UK economy. As the airport serving by far the highest proportion of business travellers in the UK (52%), who do some £11 billion (around €13.03 billion) of trade in Europe annually, today the Government has sent a strong message that London and the UK are very much open for business. I welcome the decision and look forward to delivering new airport capacity for the South East by 2019.”

Under the plans the airport can add approximately a further 32,000 flights by 2025, movements which are already permitted, helping to unlock more air capacity within London’s airport system in advance of a new runway for the South East of England.

It will also open up opportunities for airlines for longer-haul destinations including The Gulf and Middle East, Turkey, Russia and the east coast of the United States.

A generous compensation package will be provided by the airport to support local residents affected by the increase in air traffic.

Waltham Forest Council in north east London has however, reacted with disappointment, to the Government’s decision to approve the expansion of the airport, a decision it says which will create, amongst other things, “a noise nightmare for residents in the borough”. 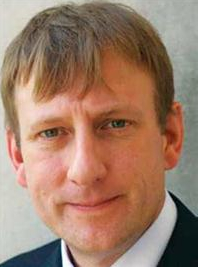 Cllr Clyde Loakes, Deputy Leader and Cabinet Member for Environment said: “This is an incredibly disappointing decision and a real kick in the teeth for Waltham Forest residents. We are already the third most overflown borough in London, and the increase of flights at City Airport by close to 50% to 110,000 per year will bring yet more daily misery to our residents.”

The Council noted that previous Mayor of London “threw out the plans for expansion back in March 2015”. However, London City Airport appealed to the Department for Communities and Local Government to preserve their business plan for increasing the number of take-offs and landings from the airport.

Last autumn, the Council conducted a survey of residents on the impact that aircraft noise had on their daily lives. 81% of responders were already disturbed by current levels of aircraft noise, 78% said that their hearing or listening was disturbed, and 73% said their sleep was disturbed.

In a statement, Cllr Loakes continued: “This decision is particularly disappointing due to the complete lack of engagement and consultation from London City Airport with our residents. Our residents made it very clear that they do not want the airport expanded, and it’s a real shame that their views have been completely ignored.

“I’m calling on City Airport to provide some urgent clarification on how they plan to engage with Waltham Forest residents on their expansion plans going forward, as their failure to keep communities informed up to this point is completely unacceptable and an absolute disgrace.

“Waltham Forest Council will be reviewing the 182 page decision notice over the coming days and weeks in full and will be seeking advice on what further action it can take to protect its residents from this blight,” its statement concluded.

In parallel with its expansion programme announced on 27th July, earlier this year London City Airport awarded a multi-million pound airfield infrastructure project to Lagan Construction International. The company is part of the Lagan Construction Group of companies, secured the contract, which includes overlaying the existing runway surface with grooved Marshall Asphalt, widening of the taxiways Alpha, Bravo and Charlie and reinforcement of the taxiways Delta, Kilo, Lima and Mike. The contact, which started in May, also included the refurbishment of the existing drainage network, installation of a new pit and duct network as well as upgrades to the AGL system to include LED lighting and the installation of new centre line lighting.

Lagan Construction International has mobilised their in house state-of-the-art asphalt batching plant and testing laboratories capable of producing 120t/hour of Marshall Asphalt and have capitalised on the Docklands location of London City Airport by importing many of the materials by boat, directly to their quayside site compound, thus minimising the impact of delivery vehicles to local residents and reducing the carbon footprint of the project. 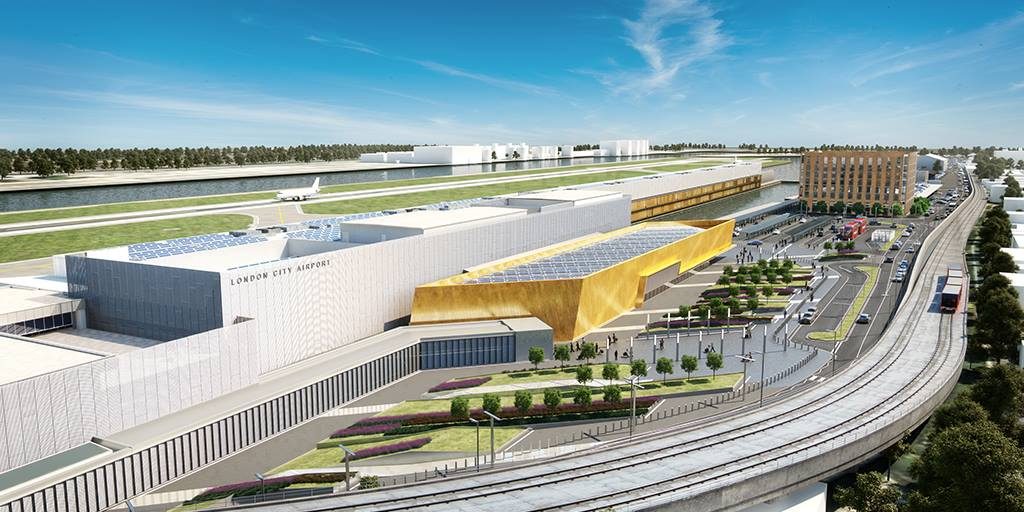 The anticipated completion date of the project is November 2016 and the airport has maintained normal operations throughout the duration of the project, by undertaking the works, outside of airport operating hours.

In a comment, Darren Grover, Chief Operating Officer at London City Airport said: “The runway overlay is a major project, made more complex by the unique location of our runway surrounded by water on three sides. I look forward to working with Lagan Construction International to deliver the programme and futureproof the only runway actually in London.”

Last February, the sale of the airport was confirmed and an agreement was signed by Alberta Investment Management Corporation (‘AIMCo’), on behalf of its clients, OMERS, Ontario Teachers; Pension Plan (‘OTPP’) and Wren House Infrastructure Management Limited (‘Wren House’), the infrastructure investing arm of the Kuwait Investment Authority, to acquire the company that owns and operates London City Airport. Financial details of the transaction were not disclosed at the time.

This Consortium of international infrastructure investors, all with proven track records, was expected to bring significant financial and operational expertise to London City Airport and these contracts are proof of this.