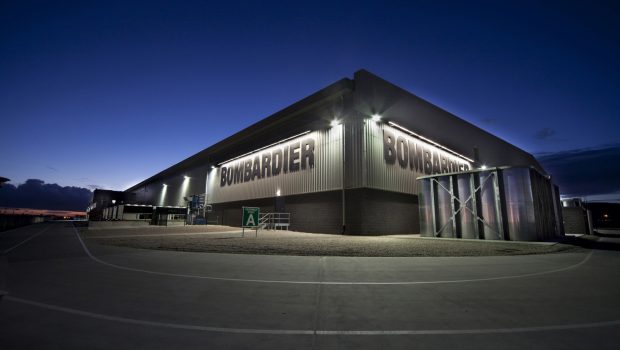 Recently, at the European Business Aviation Convention and Exhibition (EBACE) in Geneva, Bombardier Business Aircraft, released its 10-year forecast (see below) for the private aviation market, which predicts up to 8,300 new business jet deliveries representing approximately $250 billion (around €220.11 billion) in industry revenues from 2016 to 2025, in the segments in which it competes. Significant growth is expected in the long term, with larger aircraft continuing to dominate the market. As growth eventually returns in emerging regions, Bombardier is confident the business jet market will pick up, as the popularity of private aviation, continues to increase every year.

Bombardier adds that “tough decisive action last year to reduce production rates” had saved it from the worst of the collapse in new orders and residual values of large-cabin jets.

“We were the first (manufacturer) to make these reductions,” says David Coleal, president of Bombardier Business Aircraft. “We have seen a decrease in the pre-owned inventory in the Global category – that was a result of us reducing capacity in time. Others have seen sharp declines (in residual values).”

Bombardier made 31 deliveries and took 40 net orders in the first quarter, down from 45 in the same period last year. However, Mr. Coleal notes that the manufacturer’s book to bill ratio – the relationship of orders to deliveries – has returned from less than one, to 1.3. 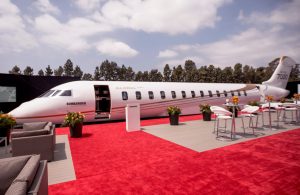 Bombardier has said that it remains “focused on first flight” of its Global 7000 this year. The first three flight test aircraft are in production and the GE Passport engine has been installed on the first, FTV 1. It will fly from Montreal to Wichita to begin the type’s test programme, which is expected to last until certification, in the second half of 2018. See Global 7000 programme update video below. Attendees at the annual Milken Institute Global Conference in Los Angeles, California had a unique opportunity to tour an impressive full-scale mock-up of the business jet, from 1st-4th May. The 7,400nm-range (13,705 km) Global 7000 has a list price of $72 million (around € 63.4 million) and is some 4m (13.125 ft) longer than its current flagship, the Global 6000. It is the the first and only business jet to offer four unique living spaces, which will set the standard for a new category of large business jets, providing unmatched performance, flexibility, and comfort (see video below). The state-of-the-art Global 7000 aircraft will feature a wing that optimizes both short-field and high-speed, long-range performance, coupled with highly efficient engines, the largest cabin and the most advanced cockpit. 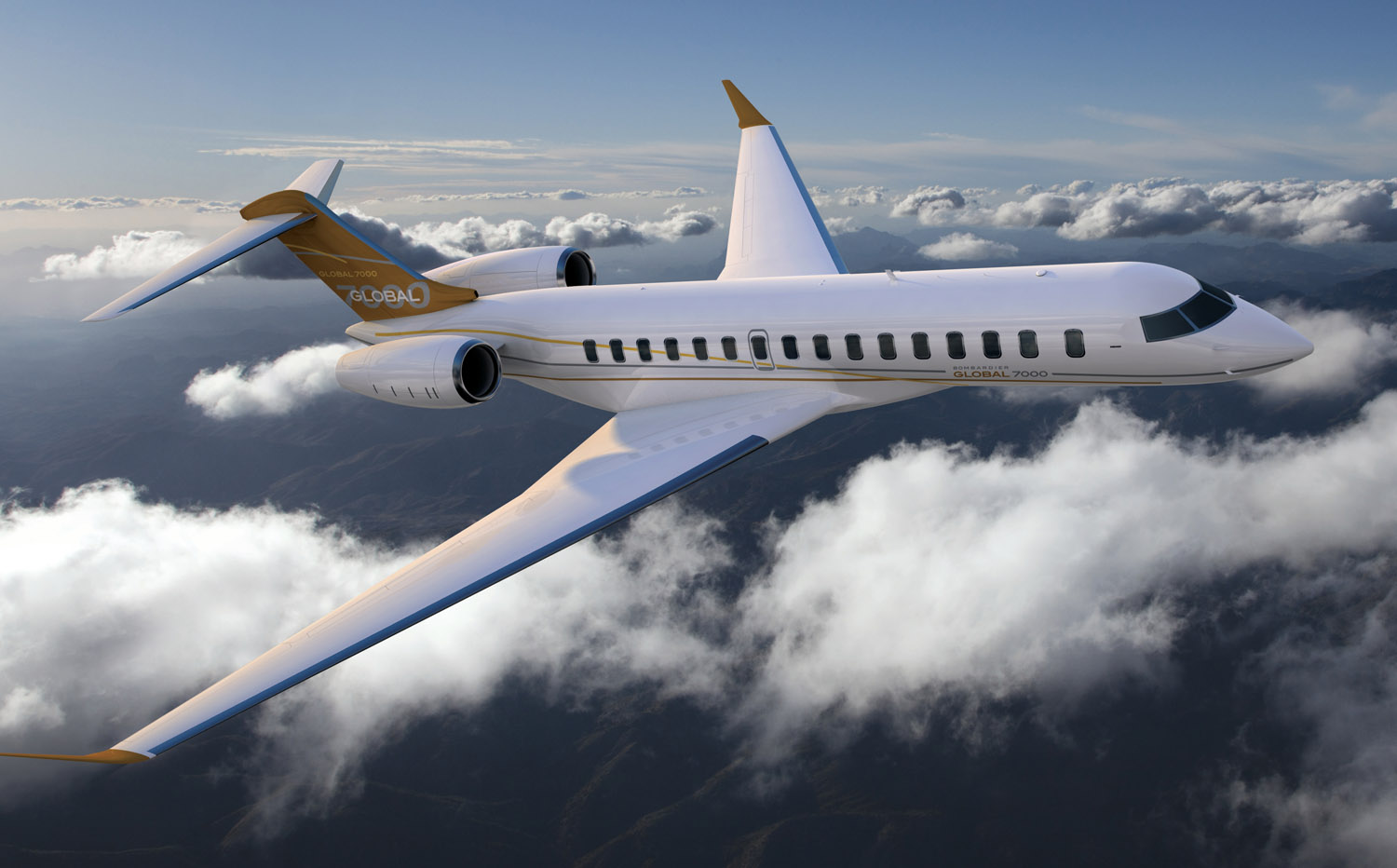 Bombardier will “define the timeline” of the shorter but 8,000nm-range Global 8000, once the 7000 has flown. Although Bombardier is not disclosing sales numbers for the two types, it says over 90% of orders have been for the Global 7000. 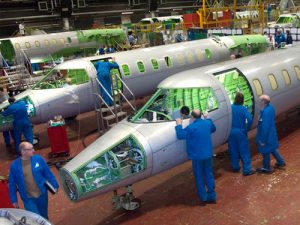 On 23rd May, Bombardier introduced a new level of passenger comfort in the Light jet category, with the introduction of a Learjet 75 aircraft, featuring an innovative pocket door design. The pocket door divides the cabin from the cockpit and galley area and reduces noise levels inside the cabin, by up to eight decibels, while creating a distinct private living space for passengers. The aircraft has received a supplemental type certificate from the FAA and the first of its type was showcased throughout the EBACE convention.

The Learjet 75 jet features the pioneering Bombardier Vision flight deck with an interior designed for style and comfort with an advanced, luxurious and longest cabin in its class. With its large cross-section, it is the only business jet in its class to feature an eight-seat double-club configuration, with a flat floor throughout the cabin and plenty of legroom. The Learjet 75 aircraft is also available in a six-seat executive configuration, offering enhanced comfort and productivity features. It’s more powerful engines and new winglet design enables it to cruise at a speed of Mach 0.81 (620mph/1,000 kmh) and climb to an operating ceiling of 51,000 ft. (15,545 m). The Learjet 75 can also achieve an exceptional range greater than 2,000 NM (3,704 km). Its modern interior features a new cabin management system with individual touchscreen monitors and full audio and video control; LED lighting throughout the entire aircraft; a generous baggage suite and a spacious galley to optimize catering. Passengers have access to their own USB outlet and 7” pop-up monitor connected to the media centre, which can play different movies or music to each seat. The Learjet 75 aircraft can fly four passengers and two crew members, non-stop, from Geneva to Cairo. 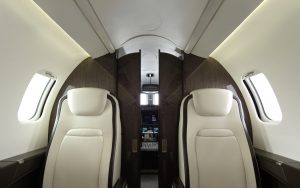 On 23rd May, Bombardier confirmed that Flexjet, LLC is the previously undisclosed customer that purchased 20 Challenger 350 jets. Bombardier and Flexjet, LLC celebrated the news with a special ceremony at EBACE in Geneva. The order, announced on 1st April 2016, is valued at approximately $534 million (around €470.2 million), based on the 2016 list prices for standard-equipped aircraft. This is in addition to an order for 20 Challenger 350 Bombardier aircraft ordered in 2013.

Bombardier began deliveries of Challenger 350 aircraft to Flexjet in January 2015, and the aircraft was met with strong demand from the start.

The Challenger 350 jet boasts class-defining performance, a true seats full, tanks full, 3,200 nm (5,926 km) range and will connect New York City with London*. Building upon the legendary segment-defining Challenger 300 jet, it features a state-of-the-art cabin that maximises natural light and redefines what Bombardier describes as “the man-machine interface”, all the while maintaining the performance attributes that have become synonymous with the Challenger aircraft family.

The order, originally included in a November 2015 memorandum of understanding between Flexjet and Bombardier, will result in 43 Challenger 300/350 series aircraft flying in the Flexjet fleet by the end of 2016. An additional four Challenger 350 aircraft will follow in 2017, with the remainder delivering over the next five years. Flexjet was the first fractional operator in the world to fly Bombardier Challenger aircraft and operates the largest combined fleet of Challenger 300 and 350s in the world.

Bombardier celebrates its 100th aircraft delivery into the VistaJet fleet

Bombardier Business Aircraft also celebrated an important milestone as it officially welcomed the 100th Bombardier business jet which was delivered into VistaJet’s modern fleet. The Global 6000 business jet, which entered service earlier this year, was marked by a ceremony at EBACE in Geneva.

VistaJet’s existing fleet of more than 60 Bombardier Challenger and Global aircraft provide exceptional standards of quality, style and service along with point-to-point global coverage for the company’s expanding worldwide customer base.

“This is a huge milestone in the history of VistaJet and evidence of just how far our company has come. Over the past 13 years, we have invested billions in modern and efficient Bombardier aircraft. Our fleet has grown from just five jets in 2006 to more than 60 today” said Thomas Flohr, Founder and Chairman of VistaJet. “As our worldwide growth continues, we look forward to adding more Bombardier business aircraft to our fleet.”

On 25th May, Bombardier announced the signing of a purchasing agreement for a Global 6000 business jet, to be operated by Fly Comlux, the VIP charter division of Comlux. They currently operate a fleet featuring a total of six Bombardier business aircraft – including Challenger 605, Challenger 850, Global 5000, and Global 6000. This additional Global 6000 aircraft complements its existing VIP widebody fleet, and contributes to the company’s position as a leading wide-cabin and long-haul VIP charter and aircraft management provider in Europe, Central Asia, Russia and the Middle East.