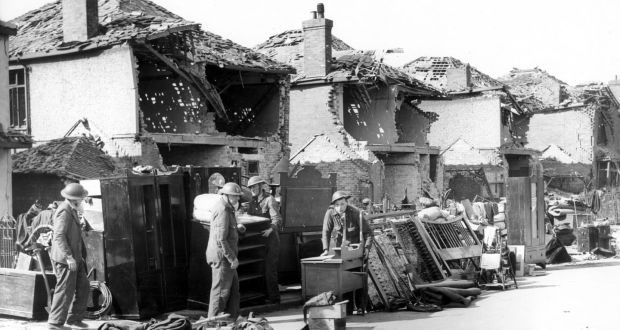 Today marks the 75th Anniversary of one Dublin’s most horrific nights, when aircraft of Germany’s Luftwaffe devastated a small north-side community, causing death, injury and homelessness. The article below appeared in the June 2011 issue of FlyingInIreland Magazine to mark the 70th Anniversary.

To commemorate this anniversary of this tragedy, a special event will be held at Charleville Mall Library on 31st May 2016 at 2.30pm. Historian and archivist of St John Ambulance Brigade Padraig Allen will outline how the Brigade who were on duty coped with the injured and dying in North Strand, drawing on previously unseen records from the St. John Ambulance Brigade archive.