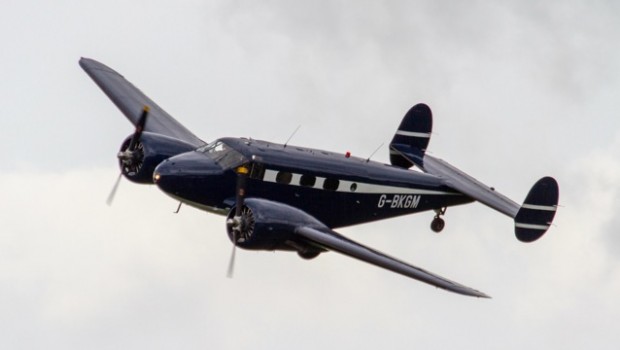 More than twenty years ago the germ of an idea came to Phil Dunnington. Could an elderly aeroplane with lots of character and a travelling lightweight balloon be combined to create one of the world’s most unique and exciting aviation adventures? Even at the outset only one aircraft fitted the bill – the venerable but reliable workhorse that is the Beech 18, capable of carrying people and cargo over distances of 1000 miles (1600km) at a time. The balloon had to fit inside too, of course!

Then, in the summer of 2014 Phil was visiting an aviation exhibition at which a handful of aircraft were displayed for sale – and one was a Beech 18. After some careful calculations – including a trial loading of the balloon – the idea was slowly transformed into reality and ‘On the Beech’ was born. Flight permissions, safety issues, aircraft reliability and pilot team all had to be considered by the new owners of G-BKGM, affectionately known as “Betty the Beech”. 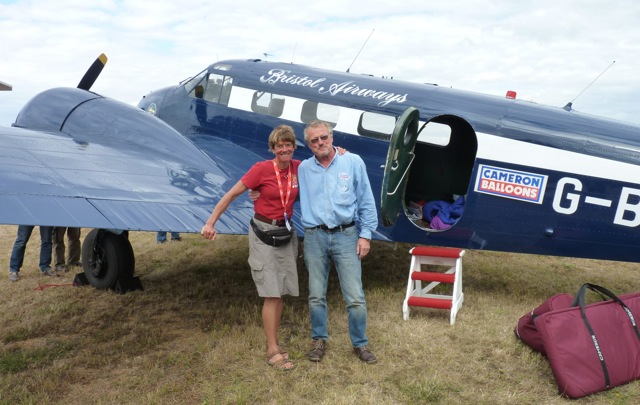 The plan now is to fly ‘Betty’ from the UK to New Zealand – and possibly around the world – leaving in May 2016. The team will have a Cameron balloon on board which will be used for balloon flights on the stop-overs. Never before has such a combination of adventures been possible and it has taken Phil over 20 years to bring this to fruition. 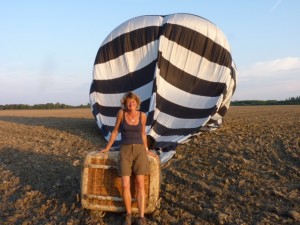 “Gone With The Wind” is a Bristol company, owned and run by Phil and Allie Dunnington. They fly Bristol-made Cameron hot air balloons worldwide, on commercial, tourist and film-making flights. Recent work includes a three part BBC wildlife documentary on Burma for the Bristol based BBC natural history unit, “The World’s Greatest Balloon Adventures” on ARTE, and tailor-made expeditions to the world’s remotest corners, ranging from Arctic Canada to Mongolia.

The first part of the planned adventure is a series of hops from the UK to Cuba via the Faroes, Greenland, Canada, US and Turks & Caicos. The aircraft will be operating under the name of ‘Bristol Airways Ltd.’ 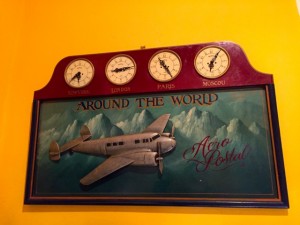 Not only will each sector of the journey have a tale to tell of flying an old aeroplane through some of the world’s most challenging regions and then, between flights, getting airborne in their two-person Voyager balloon. Many destinations have never seen a balloon before.

Meanwhile the Beech 18 is undergoing refurbishment at an airfield near Gloucester and work is on target for the May 2016 departure. West Country engineering expertise is contributing to the safe completion of this epic journey.

Short history of the Beechcraft

Built at Beechcraft Inc. factory in Wichita, Kansas, USA in 1952 for the Royal

Canadian Air Force our aeroplane served for nearly a decade as a trainer for up to six navigators using traditional star- and sun-shots and basic radio aids.

Sold onto the Canadian civilian market as a survey aircraft it became registered CF-SUQ at the start of a fascinating world-wide career undertaking photogrammetric and mapping tasks. Its final project was based at Dar-el-Beida in Algeria before a ferry flight on 4 August 1981 towards its home country. That flight was abruptly terminated at Prestwick, Scotland when the owners ran out of funds and, after a period of storage she took up a new career delivering newspapers throughout the British Isles.

Now owned privately by Phil & Allie Dunnington as G-BKGM and in the colours of their company, Bristol Airways Ltd., she is being prepared for greater things in 2016. 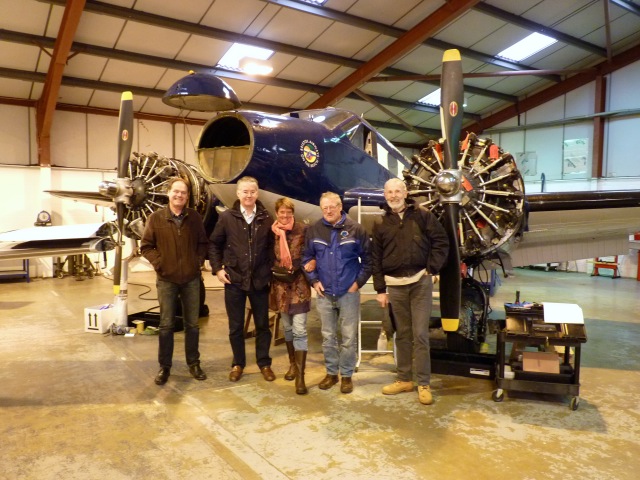 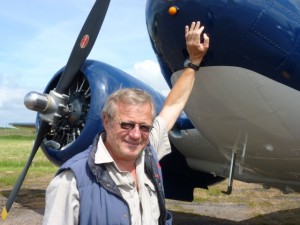 Phil, whose career started in airline and aircraft manufacturing management, is one of the world’s most widely experienced commercial balloonists and has flown balloons in 112 countries to date. He was the UK’s chief examiner for balloon licences for 15 years and is heavily involved in liaising with the CAA and other authorities on balloon safety and regulatory issues. He is a director of the Bristol International Balloon Fiesta.

Allie is a multi-lingual balloon pilot who has flown in 74 countries. She has a PhD in tourism and anthropology. She 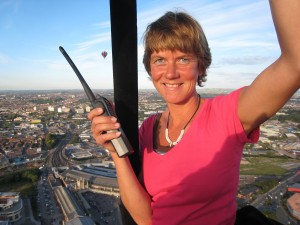 writes travel articles and published photographs in major magazines and newspapers. In her work as a
professional tour manager she specialises in tours offering a mix of sporting activities or ballooning combined with cultural visits. Allie is high profile in women’s ballooning and commercial operations and has recently been appointed to be the first female balloon examiner in the UK.

For more information about the “On the Beech” project, Gone with the Wind and Phil & Allie Dunnington please see their website www.gonewiththewind.uk.com

Tags: Ballooning, Beech 18, On the Beech