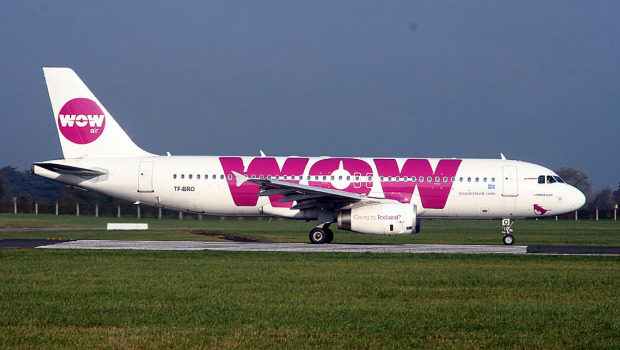 On 25th February, Dublin Airport welcomed the announcement by Wow air that it is to increase capacity on its Dublin Reykjavik route by 70% this summer, adding two additional services, to its existing three times per week service.

The Icelandic low cost airline increased its winter twice weekly service to three times per week, effective 17th February. The WW 852/3 departs Reykjavik (KEF) at 06:20 and arrives in Dublin at 08:40. The service, which operates on Monday, Wednesday and Friday, departs Dublin at 11:10 and arrives back in Keflavik at 13:35.

Visiting Dublin on 17th February was Airbus A320-232, TF-BRO (ex LZ-MDD). The aircraft had been repainted in the purple colour scheme worn on Airbus A321-211, TF-MOM at East Midland’s airport, where she was first noted on 17th February. Another visitor to Dublin for WOW Air was Airbus A320-232, LY-VEL of Avion Express which is being wet leased to WOW Air for a number of weeks, and which operated the Dublin service on 26th February. It was only delivered on the 22nd February having been ferried Santo Domingo – Halifax – Reykjavik.

Commencing 30th May, the schedule increases to five flights weekly, with additional services on Thursdays and Sundays. The service operates an hour later in summer, arriving in Dublin at 09:40 and departing again at 12:10. The Wednesday service operates 10 minutes later in each direction. 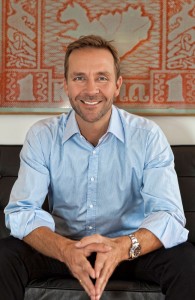 In a comment on the increased frequency, Dublin Airport Managing Director Vincent Harrison said: “There has been excellent demand for Wow air’s Dublin-Reykjavik flights both in Ireland and Iceland and the decision to add an extra return flight every week is clear evidence of the strong market for the route. We look forward to continuing to work closely with WOW to promote this service and to further grow connectivity and choice for our customers.”

Confirming the additional capacity, Skúli Mogensen, CEO and Founder of WOW air said that Ireland has become a key destination in the airline’s flight network. He went on: “Our Ireland-Iceland service has exceeded our expectations with continued strong bookings on the route since our first Dublin flight only seven months ago. Many Irish are visiting Iceland for short breaks while also flying with us to the US, via Reykjavik”.

“In recent weeks, it seems the Northern Lights are a big draw for the Irish and we’re hoping a weekend in Dublin over the coming months will be a hit for the Icelandic. We’re confident that the additional flights this summer will provide more choice for our customers,” he added.

WOW air has carried over 26,000 passengers on its Dublin-Reykjavik service since it first launched in June 2015.

Separately, WOW air commenced services between Reykjavik and Gran Canaria (TFS) on 20th February. The 4,041-kilometre (2,496 miles) sector is scheduled to be flown by the airlines A321s; however the first flight was operated by one of the airline’s A320s. The service operates on Tuesdays and Saturdays as the WW 634/5, with a flight time, that varies between 5 hours 35 minutes and 5 hours 50 minutes. WOW air will operate the route in direct competition from Primera Air, which operates the route as a charter service. WOW air will also launch further European services to Bristol, Edinburgh, Frankfurt, Nice and Stockholm Västerås during the summer season.

In a major turnaround, WOW air has converted the considerable losses of ISK 600 million (approx. €4.2 million) in 2014, to a profit of ISK 1.1 billion (approx. €7.7 million), in 2015. Its significant pre-tax profits could potentially have been even higher, according to CEO Skúli Mogensen.

“We pegged our fuel prices at the end of 2014 – a decision which alone cost us just under a billion ISK, given how much oil prices actually fell,” he noted. “We have not pegged prices in the same way this year” he added.

Mr Mogensen believes that the low-cost model his airline has adopted, is working. “We have grown enormously, with seat capacity rising from 600,000 in 2014 to 840,000 last year. Despite this huge growth, our passenger load factor was 88%” he concluded.

WOW air’s is expected to grow even further in 2016. It will have 1.9 million seats on offer, an increased fleet, and greater frequencies. Mr. Mogensen also expects total revenue to more than double from ISK 17 billion last year to ISK 39 billion (approx. €274 million) in 2016.

WOW air is offering passengers the opportunity for a WOW Stopover in Iceland, for up to a week, at no additional cost. Having recently announced services from Dublin Airport – via Reykjavik to San Francisco and Los Angeles as well as from London Gatwick and Bristol, WOW air’s stopover option gives travellers the chance to break up long-haul journeys across the Atlantic. The stopover option is available to book on routes between Europe and the USA via Iceland in either direction. Other North American destinations in 2016 include Boston, Baltimore-Washington, Montreal and Toronto. 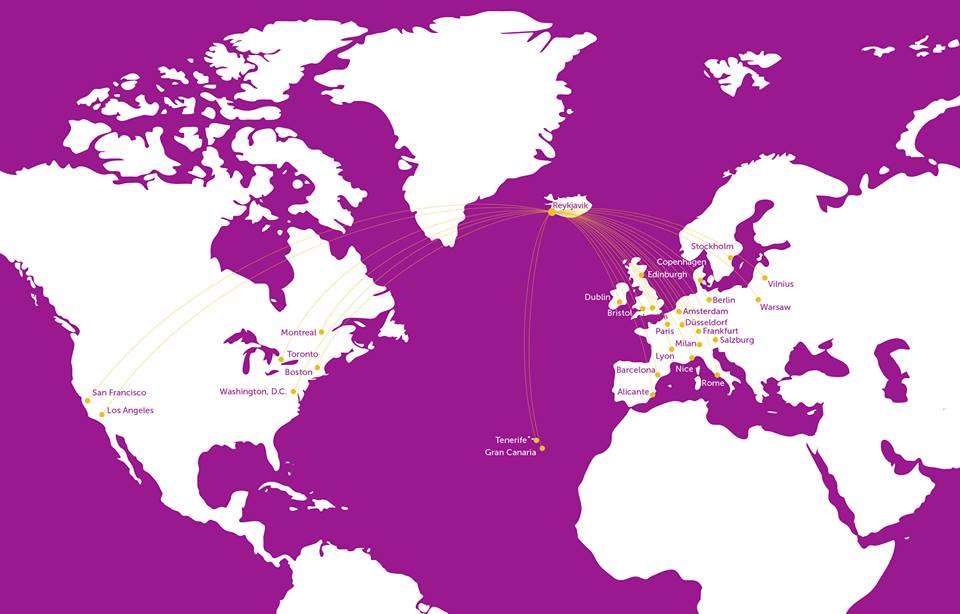 Svana Fridriksdottir, director of Communications at WOW air, said: “Our low-cost transatlantic fares have been a great success with travellers looking to spread their wings and head to North America. Until now our short stop in Keflavik has been a teaser of what Iceland has to offer, but we are looking forward to giving travellers the opportunity to experience Iceland – quite the contrast from our North American and European destinations.”