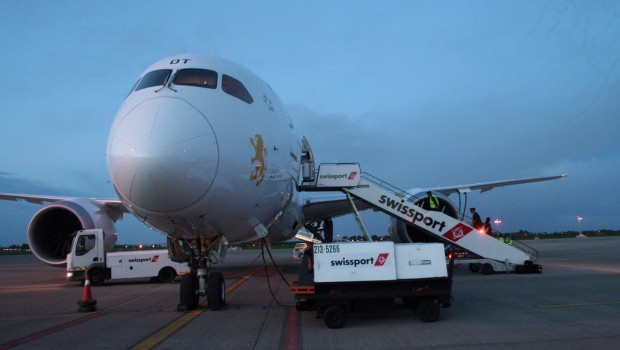 On 15th February it was announced that Swissport Ireland Ltd., was growing its ground handling services at Dublin Airport, with the creation of over 200 new jobs.

Over the course of 2015, Swissport’s ground handling business at Dublin Airport has seen growth of 23%, and is expected to grow by a further 10% in 2016. The company is recruiting staff for over 200 new positions in the areas of customer service agents, ramp handling agents, flight operations, Security and aircraft appearance operatives, in order to support this positive development.

Commenting on the expansion, Wayne Gough, Swissport Station Manager invited those interested in a career with Swissport, to apply online at www.swissport.com/careers. “The world of aviation is a fast moving industry with great people and great career potential” he added.

Welcoming the announcement Dublin Airport Managing Director, Vincent Harrison said; “We are delighted to see Swissport’s business go from strength to strength at Dublin Airport. The recruitment of a further 200 jobs, on top of the 350 recently announced by Dublin Airport further endorses the economic impact of the airport.

“Dublin Airport has had a strong start to 2016 with 17% growth in January alone. This trend is set to continue with 13 new routes/services due to start in the coming weeks,” he added.

Swissport has been operating at Dublin Airport since its takeover of Servisair in 2013, which operated at Dublin Airport, since 1995. Today, Swissport provides ground handling services to 46 airlines employing over 570 staff. In 2015, the aviation ground handler provided services for 4 million passengers on 20 long haul and 34 short haul routes at the airport.

In 2016, Swissport will also handle ground flight operations for Dublin Airport’s first direct service to Vancouver, which will be provided by Air Canada rouge, as well as two new summer charter flights to Montego Bay in Jamaica, and Cancun in Mexico by Thomson/Falcon.

Swissport Ireland Ltd is part of Swissport International Ltd., which provides ground services for around 230 million passengers and handles 4.1 million tonnes of cargo a year, on behalf of some 835 client-companies, in the aviation sector. With a workforce of around 61,000 personnel, Swissport is active at more than 290 stations in 48 countries across five continents, and generates consolidated operating revenue of CHF 3 billion (around € 2.73 billion). 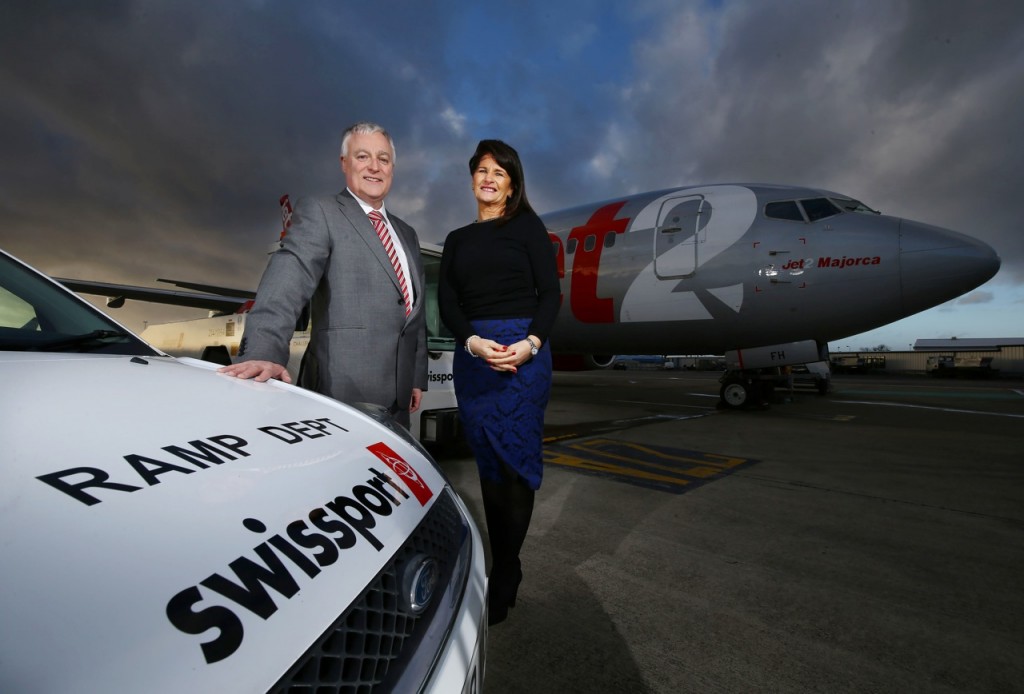 At the time of the announcement, the company said it had launched a major recruitment drive which will see its workforce at Belfast International increase to 350 approximately. Ten of the new posts had already filled and the remaining ninety will be in place “within a matter of weeks”.

Swissport manager, Jean Foster, said that the 100 additional jobs would be “in several areas of activity including passenger check-in and baggage and freight handling”.

She added: “Swissport is clearly delighted with the growth in passenger numbers at the International. There will be a significant increase in the number of aircraft movements and that means greater demand for the wide range of services we provide”.

She went on: “We’re an essential cog in the wheel at the airport, and this expansion will see us confirmed as the single biggest employer on the site. This year, we expect to see double-digit growth in passengers and that’s powering our rapid expansion plans.”

Belfast International Airport Operations Director, Alan Whiteside, added that Swissport “is to be congratulated for responding so promptly to anticipated passenger and aircraft increases”. He went on, “These jobs are demand-driven. The fact that they do not depend on a single penny of support from the Government means we’re seeing a win-win for the wider economy and the taxpayer. This airport has the potential to create thousands of new jobs and hundreds of new businesses if Ministers gave the sector the relatively small levels of support it needs to attract new airlines and open new routes”.

“We also need Ministers to confront the issue of Air Passenger Duty (APD). It’s the ball and chain that’s holding us back. Without it, we could make a major contribution to growing the private sector economy in Northern Ireland” he noted.

On 10th February, the HNA Group Co. Ltd. (‘HNA Group’) closed its acquisition of Swissport Group from PAI Partners SAS (‘PAI Partners’). With the closing, Swissport becomes a stand-alone business within HNA Group, where it continues to deliver the highest quality ground handling and cargo services to its airline customers across the globe. HNA will support the Swissport management in the execution of the business plan and continue to expand its global footprint. The acquisition was originally announced last August (see here).

Eric Born, Group President & CEO Swissport commented: “Becoming part of HNA Group will enable us to further strengthen our service offering and continue to expand our position as the global leader in ground and cargo handling services”.

Ricardo de Serdio, Partner at PAI, added: “We are delighted to have played a part in Swissport’s transformation over the last few years. It has become a truly global platform and is now the world leader in ground handling and cargo services. Our investment in Swissport showcases PAI’s expertise and its capacity to transform a company and an industry on an international basis. HNA is now the perfect partner to help Swissport grow further in Asia and many other markets with exceptional potential.”

HNA Group, a Fortune Global 500 Company and a leader in aviation and tourism, was founded in 1993. In the past two decades, it grew from a local aviation transportation operator to a multinational conglomerate encompassing aviation, airport management, financial services, real estate, retail, tourism, and logistics. In 2014, HNA Group had revenues in excess of $25 billion (around €22.48 billion), $72 billion (around €64.74 billion) in assets, 11 listed companies, and more than 110,000 employees worldwide. (See www.hnagroup.com).

PAI Partners is a leading European private equity firm with offices in Paris, London, Luxembourg, Madrid, Milan, Munich and Stockholm. PAI manages €8.1 billion of dedicated buyout funds. Since 1994, PAI has completed 58 LBO transactions in 11 countries, representing around €40 billion in transaction value. PAI is characterised by its industrial approach to ownership combined with its sector based organisation. PAI provides portfolio companies with the financial and strategic support required to pursue their development and enhance strategic value creation. (See www.paipartners.com).