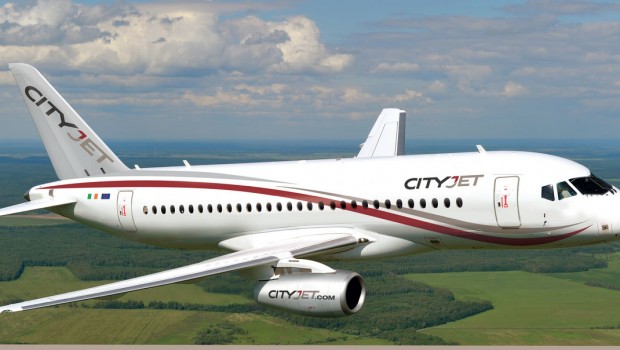 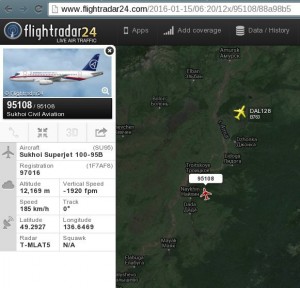 A screenshot from Flightradar24 of the Sukhoi on its first flight on 15-01-16.

The first new Sukhoi Superjet 100 for Cityjet has made its first flight from the Russian production line on 15th January. The aircraft serial no ‘95108’ and currently displays the test registration ‘97016’. The second aircraft is listed as being in ‘Final Assembly Area #6’ of the production line. The final assembly of the Sukhoi jet is done by the Komsomolsk-on-Amur Aircraft Production Association. The engines are supplied by a Russian-French consortium and the marketing is carried out by a Russian-Italian joint venture. The aircraft will be flown to Italy for final fit out after test flights and it is in Italy where the delivery will take place. The second aircraft for Cityjet is currently listed on the Sukhoi website as being in ‘Final Assembly in Area #6’. This aircraft is listed as serial ‘95110’. Cityjet have 21 aircraft on order with options on a further 10. The first aircraft is due to be delivered by late March this year and will be used initially for charter work and crew familiarisation.

The first aircraft for Cityjet on the Production line.