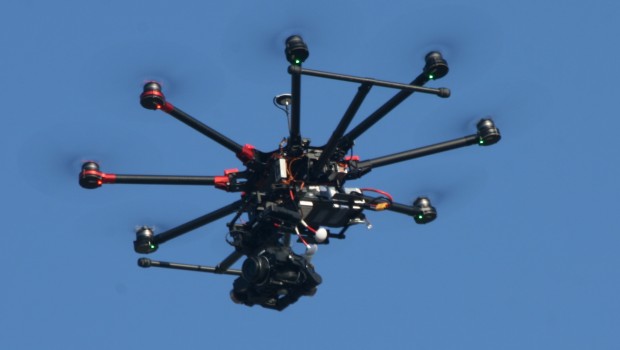 The use of RPAS, or as they are more commonly known, drones, worldwide is expanding rapidly and there are estimated to be between 4,000 – 5,000 drones already in use in Ireland. Ireland has taken a proactive role in this fast emerging area and is currently one of only a handful of EU Member states that has legislation governing the use of drones. The Small Unmanned Aircraft (Drones) and Rockets Order SI (Statutory Instrument), 563 of 2015, was introduced earlier this year (see here). The European Commission has already indicated that a suite of European regulations governing the use of drones is being fast-tracked and is expected to be in force by end of 2016. The Department and the IAA is committed to contribute to the EU rule making and regulatory process in this area, under the National Aviation Policy 2015. 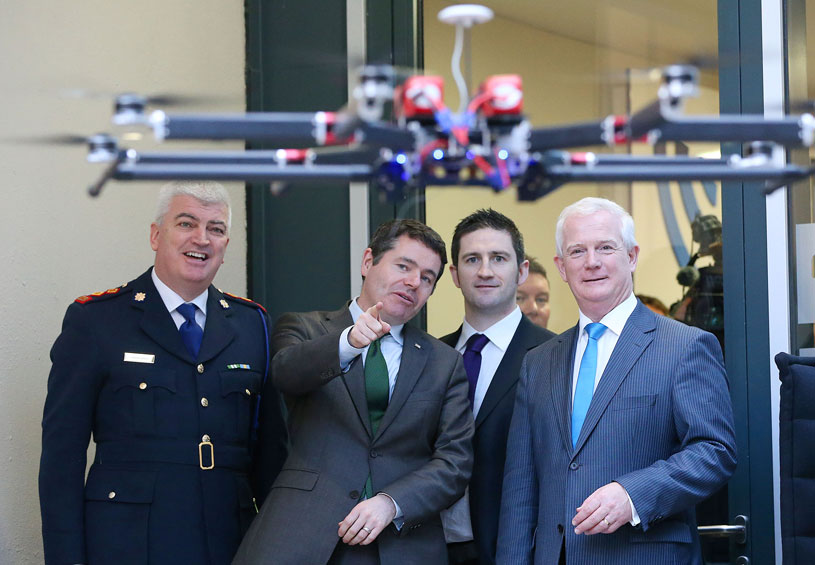 The new regulatory regime, launched at the IAA’s headquarters in Dublin, is intended to further enhance safety within Ireland and specifically addresses the safety challenges posed by drones.

From 21st December 2015, all drones weighing 1kg or more must be registered with the IAA via www.iaa.ie/drones. Drone registration is a simple two-step process. To register a drone, the registrant must be 16 years of age or older, (Drones operated by those under 16 years of age must be registered by a parent or legal guardian). A nominal fee will apply from February 2016 but this has been initially waived by the IAA in order to encourage early registration.

Minister highlights the importance of the new legislation

Welcoming the introduction of drone regulation, Minister Donohoe highlighted the importance of the new legislation and commended the IAA for the efficient manner to have the new registration system in place so quickly.

“The core safety message being promoted advocates the safe use of drones in civilian airspace. The development of drone technology brings opportunities as well as challenges for businesses and services in Ireland. I expect hundreds if not thousands of drones to be bought as presents this Christmas so getting the message to ensure that new owners and operators are aware of their responsibilities and the requirement to register all drones over 1 kg from 21st December 2015 is key. Tremendous potential exists for this sector and Ireland is at the forefront of its development. The speedy response by the IAA to this fast developing aviation area will make sure that drones are properly regulated and registered for use. As a result, Ireland is well placed to exploit the drone sector and to ensure industry growth in this area” he said.

IAA emphasises that safety is their key concern

Speaking at the launch Mr Ralph James, IAA Director of Safety Regulation, said: “Ireland is already recognised worldwide as a centre of excellence for civil aviation and the drone sector presents another major opportunity for Ireland. We’re closely working with industry to facilitate its successful development here. At the same time, safety is our top priority and we must ensure that drones are used in a safe way and that they do not interfere with all other forms of aviation”.

He explained that drone registration has been made a mandatory requirement as this will help the IAA to monitor the sector in the years ahead. The IAA encourages all drone operators to take part in training courses which are available through a number of approved drone training organisations.

“We would strongly encourage drone operators to register with us as quickly as possible, to complete a training course and to become aware of their responsibilities. People operating drones must do so in safe and responsible manner and in full compliance with the new regulations”, he added.

Prohibitions under the new legislation

The new legislation prohibits users from operating their drones in an unsafe manner. This includes never operating a drone: 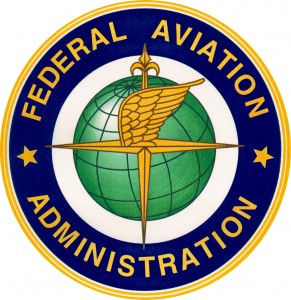 Federal Aviation Administration (FAA) introduces even tougher rules in the US.

Separately, on the 14th December, the U.S. Department of Transportation’s Federal Aviation Administration (FAA), announced a registration process for what it describes as small unmanned aircraft (UAS), which cover a range of even smaller craft, than that covered by the Irish regulations. Similar to the IAA, the FAA has announced “a streamlined and user-friendly web-based aircraft registration process” for the owners of these UAS weighing more than 0.55 pounds (250 grams) and less than 55 pounds (approx. 25 kilograms) including payloads such as on-board cameras.

This follows the delivery of recommendations by the FAA’s Registration Task Force to FAA Administrator Michael Huerta and Transportation Secretary Anthony Foxx on 21st November. The rule incorporates many of the task force recommendations and under it registration is a statutory requirement that applies to all aircraft.

What the FAA rule means

Under this rule, any owner of a small UAS who has previously operated an unmanned aircraft exclusively as a model aircraft prior to 21st December 2015 must register no later than 19th February 2016. Owners of any other UAS purchased for use as a model aircraft after 21st December 2015 must register before the first flight outdoors. Owners may use either the paper-based process or the new streamlined, web-based system (www.faa.gov/uas/registration). Owners using the new streamlined web-based system must be at least 13 years old to register.

Registrants will need to provide their name, home address and e-mail address. Upon completion of the registration process, the web application will generate a Certificate of Aircraft Registration/ Proof of Ownership that will include a unique identification number for the UAS owner, which must be marked on the aircraft.

Owners using the model aircraft for hobby or recreation will only have to register once and may use the same identification number for all of their model UAS. The registration is valid for three years.

The normal registration fee is $5 (around €4.61), which in the United States is the same charge required for manned aircraft, including airliners such as the Boeing 747. However, in an effort to encourage as many people as possible to register quickly, the FAA is waiving this fee for the first 30 days (from 21st December 2015 to 20th January 2016). Federal officials see online registration as one way to address a surge of rogue drone flights near airports and crowded public venues, that has raised safety concerns, among authorities across the United States.

“Make no mistake: unmanned aircraft enthusiasts are aviators, and with that title comes a great deal of responsibility,” said U.S. Transportation Secretary Anthony Foxx. “Registration gives us an opportunity to work with these users to operate their unmanned aircraft safely. I’m excited to welcome these new aviators into the culture of safety and responsibility that defines American innovation.”

FAA Administrator Huerta added “We expect hundreds of thousands of model unmanned aircraft will be purchased this holiday season. Registration gives us the opportunity to educate these new airspace users before they fly so they know the airspace rules and understand they are accountable to the public for flying responsibly.”

The online registration system does not yet support registration of small UAS used for any purpose other than hobby or recreation – for example, using an unmanned aircraft in connection with a business. The FAA is developing enhancements that will allow such online registrations by spring of 2016.

The full rule can be viewed here: https://www.federalregister.gov/articles/2015/12/16/2015-31750/registration-and-marking-requirements-for-small-unmanned-aircraft.

On 18th December, the European Aviation Safety Agency (EASA) published a Technical Opinion on the safe use of drones in Europe’s civil airspace. The EASA Technical Opinion sets the direction to be followed for all future work to be done to ensure unmanned aircraft are operated safely and interact safely with other airspace users. The aim is to provide a framework that is proportionate to the activity, ensuring safety and at the same time enabling this innovative industry to continue to grow.

The opinion also serves as guidance for the European Union Member States that have no rules for small unmanned aircraft or plan to modify their existing ones, to ensure consistency as much as possible with the intent of the future EU rules. It also provides a roadmap presenting the steps to be taken in the future.

The opinion includes 27 concrete proposals for a regulatory framework for operating all unmanned aircraft irrespective of their mass. The proposals focus more on how the drones will be used rather than their physical characteristics. The proposal establishes 3 categories of operation: ‘Open’, ‘Specific’ and ‘Certified’ with different safety requirements for each, proportionate to the risk. Most of the drone usage will belong to the ‘Open’ category which is foreseen for operations with limited safety risk, requiring a minimum amount of safety rules, overseen by law enforcement agencies. One of the key measures for this category will be limitation ‘Zones’, geographical areas in which use of drones will be limited or not allowed at all. To prevent unintended flight in restricted flight zones, a functionality automatically generating geographical limitations is also foreseen (i.e. geo-fencing). The more complex and risky the operation is, the more stringent the requirements will be. For example the requirements for ‘Certified’ operations are similar to those for manned aviation.

The Technical Opinion follows the principles established by the European Commission in the Aviation Strategy published on 7th December 2015.

EASA say it “will now work on the most appropriate set of tools – development of rules, guidance material or safety promotion – depending on what is more appropriate to each category in order to meet the overall objective to ensure safety while letting innovation develop”.

EASA has produced a safety video on the use of drones which can be viewed here. In 2016 and 2017, new rules will be developed, or existing ones will be amended, within the framework described in the Technical Opinion and as guidance material, including safety promotion, becomes available it will be made available on the EASA website here.

It will be interesting to see if European Commission when it’s “suite of European regulations governing the use of drones” is introduced will take a more restrictive view and a more intense form of regulatory approach as that being introduced by the FAA.

Aircraft Movements for August Still Significantly Down Year on Year →