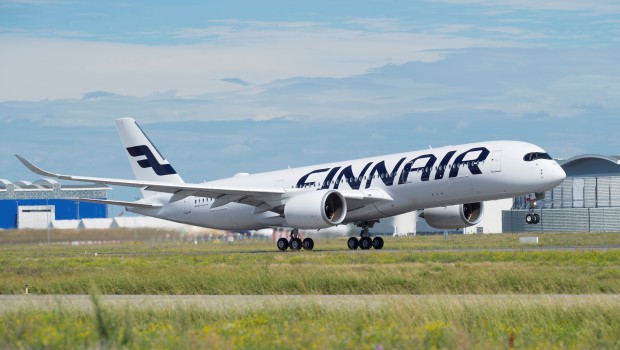 On 7th May, Finnair announced that as part of its annual strategy review, its Board of Directors approved a new vision, and updated the company’s mission and strategic targets. A key strategic objective is to double its traffic between Asia and Europe by 2020 from the 2010 level. The strategy is based on the growing markets in Asia, fast connections between Europe and Northeast Asia, quality service, and cost-efficient, punctual operations. As Asian traffic grows Finnair is also increasing capacity in its European traffic, because a significant part of the company’s customers, are transfer passengers.

Finnair’s mission is now to offer passengers a unique Nordic experience and the smoothest, fastest connections in the northern hemisphere, via Helsinki, with the best network to the world from its home markets. Recent improvements in its on board product can be seen here.

Finnair would be hoping to increase transfer passengers through Helsinki from Dublin, a route which it started in summer 2015. Over the summer, it operated a daily (except Tuesday) service. For the winter, this is being reduced to three times per week, again as the AY929/30, on Tuesdays, Thursdays and Sundays and using the Embraer 190. Total flight time between Dublin and Helsinki is less than three hours, and during the summer, the flight was timed to connect with services to 12 destinations in Asia. Similar timings operate over the winter with the services arriving in Dublin at 09:10 and returning to Helsinki at 09:50.

The additional feeder traffic capacity required by the growing long-haul traffic will be acquired by replacing existing small narrow-body aircraft with larger ones. Accordingly, the company is planning to downsize its Embraer fleet (currently two Embraer 170s and 12 Embraer 190s) and retire one ATR aircraft operated by Nordic Regional Airlines. Nordic Regional Airlines is the successor to Flybe Nordic, the original joint-venture between Finnair and Flybe and it operates the Embraer 170s and 190s as well as 12 ATR72-500s.

Initially, the necessary capacity will be replaced by the wet-lease of two A321-200s, from an unspecified operator, for a period of one-year, with the first aircraft due to arrive in May 2016. These will join the other Airbus family aircraft operated by the airline, consisting of nine A319-100s, ten A320-200s, and eleven A321-200s. Finnair is also preparing to acquire permanent additional narrow-body capacity, and it is assessing the best alternatives for growth. 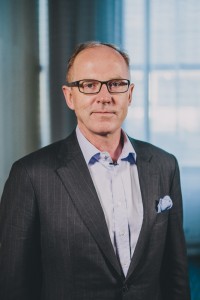 Finnair CEO Pekka Vauramo in a comment said however, that some of the airline’s traffic is “still served most economically by smaller aircraft”. Nordic Regional Airlines “continues to have a key role as the operator of regional traffic and it continues to carry a considerable share of Finnair’s European traffic” he added.

Finnair took delivery of its first A350-900 XWB aircraft, OH-LWA, on 7th October, joining its long-haul fleet of eight Airbus A330-300s and six A340-300s (plus one in storage). Its first scheduled commercial flights from Helsinki to Amsterdam and Oslo, took place on 9th October, as a part of its crew familiarisation tour. The callsign for the first flight was the AYA350. The aircraft entered into long-haul service on 21st November on Finnair’s Helsinki–Shanghai route.

Non-recurring items associated with the long haul fleet renewal in 2015 will have a substantial positive impact on Finnair’s operating results, due to the strengthened US Dollar. The sale and leaseback agreements for Finnair’s first two A350s, has already had a significant positive impact, as well as the phase out of all Finnair’s remaining A340-300s, which will involve non-recurring costs primarily materialising in 2015. The remainder of these costs, presently estimated at below €10 million, will be booked in 2016. Calculated at present exchange rates, the positive net impact of these arrangements on Finnair’s operating profit in H2/2015 is expected to amount to approximately €70 million. 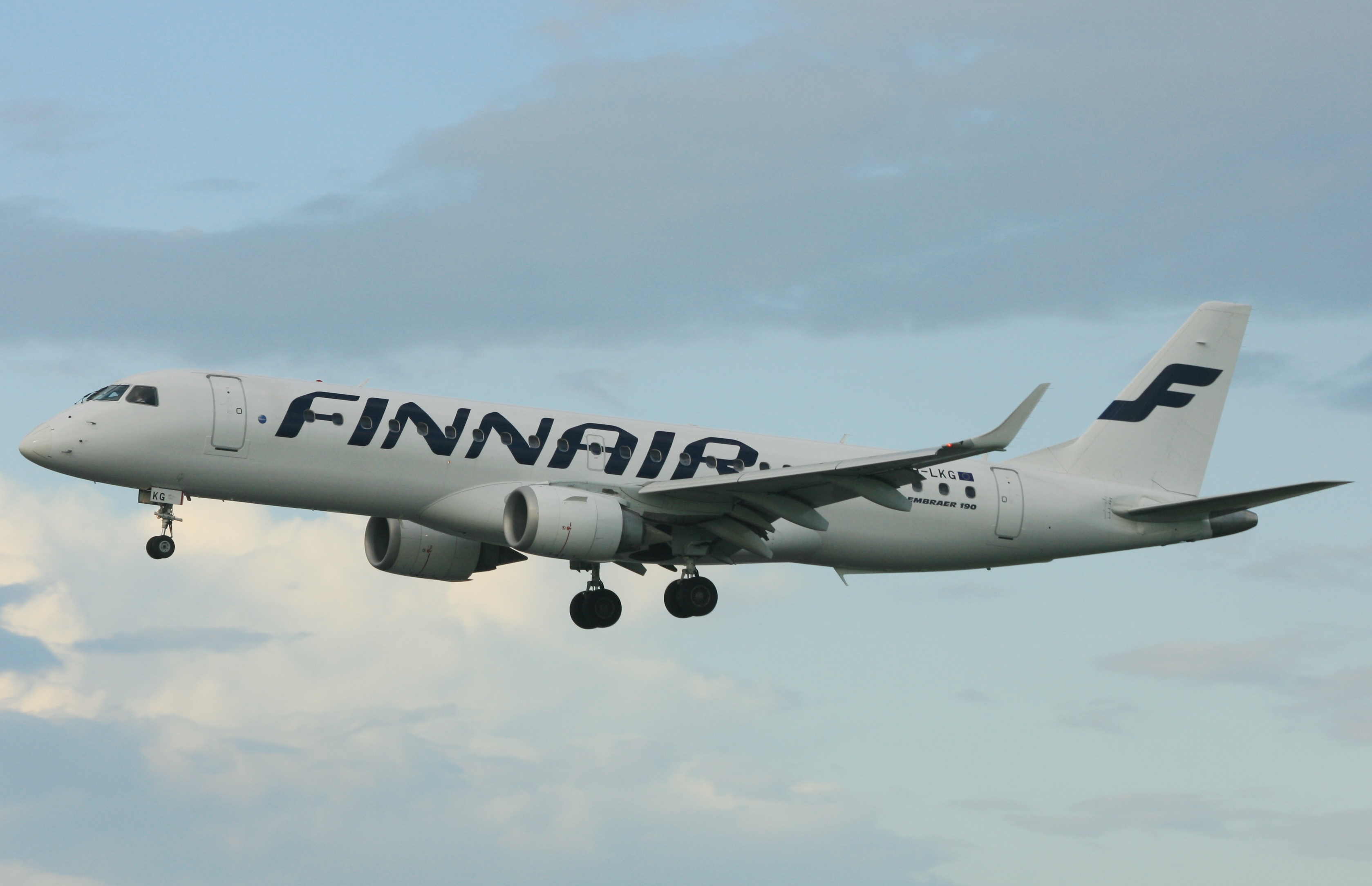 Since the arrangements relating to both sale and leaseback of the A350s and the sale of A340-300s are denominated in US Dollars, the final financial impact depends on the EUR/USD exchange rate prevailing at the time of delivery of the respective aircraft. Disclosures on financing arrangements for the A350 aircraft, other than the first two to be delivered, will be made as those agreements are finalised.

Due to changes in the A350-900 XWB delivery schedule, it is estimated that the second Finnair aircraft, OH-LWB (in OneWorld c/s), which first flew on 22nd October, should be delivered in mid-December. To cover for this revised schedule, Finnair has contracted to wet-lease a Boeing 777-200(ER), EC-MIA from Spain’s Privilege Style to be operated on the carrier’s Helsinki – New York JFK route as the AY005/6. The aircraft is due to enter service on 7th December.

Finnair have produced an excellent video on the evolution of its A350-900 XWB which can be found here.

As it prepares for growth in its long-haul traffic starting in 2016, Finnair has begun the biggest recruitment drive in the company’s history. In addition to the approximately 70 pilots and 130 cabin attendants recruited this year, the company is seeking to recruit 100 new pilots and 300 new cabin crew members. Some 50 people are also hired to perform customer service tasks and other functions during the spring. Overall, it expects that it growth in services will translate into approximately 1,000 new jobs by 2020.

“We are courageously driving the growth of our business and making recruitments which are significant in scale, not just for Finnair but for Finland,” said Finnair’s SVP Human Resources Eija Hakakari. “Due to the nature of the flying personnel’s work and the scale of the recruitment it takes time to organise the selection process and trainings. We want to start early, keeping an eye especially on 2017 when our growth intensifies. At the same time, starting these recruitments gives us opportunities to grow even more courageously should the market situation allow it” he added.

Recruitment of the flying personnel started on 4th December. After the selections have been made, the trainings and employment for the different employee groups will begin in phases from spring 2016 onwards, following the increase in Finnair’s need for new employees.

Finnair to sell facilities at Helsinki Airport to Finavia

As part of the development of the infrastructure of Helsinki Airport, Finnair has sold certain facilities including its present cargo terminal, due to be decommissioned in 2017, to Finavia. To replace the hangar, Finnair has purchased another hangar from Elo Mutual Pension Insurance Company. Also included is an office building, currently owned jointly by Finnair and Finavia, and the termination of a land lease agreement. The transactions will enable the development of Helsinki Airport in accordance with Finavia’s and Finnair’s growth plans. Finnair’s cargo operations will continue in the sold terminal, until they are relocated to the new terminal, in 2017. The surrendered aircraft hangar will be demolished to enable expansion of the passenger terminal at the airport, and Finnair will move its operations to the hanger purchased from Elo. Finnair and Finavia’s subsidiary LAK have concluded a long-term rental agreement for the facilities, used by Finnair, in the sold office building.

Their combined non-recurring positive impact on Finnair’s operating profit in 2015 is approximately €15 million.

In a brief statement on 12th November Finnair said it “notes that there has been speculation in the media” regarding a potential bid for Finnair by British Airways or IAG. “Finnair is not active, and is not aware of its shareholders being active, in any such negotiations” it added.

While Finnair has made significant strides to improve its financial and operational position it could be facing future difficulties with its pilot supplementary pension costs.

In autumn 2014, the Finnish labour market organisations agreed on reforms to the public pension system, involving, among other things, a gradual increase of the statutory retirement age from 63 to 65 years. Following approval by the Finnish Parliament, the Act is expected to become effective at the beginning of 2017. Finnair’s pilot pension benefits, which exceed the existing statutory pension benefits in Finland, form part of their collective labour agreement. While Finnair has conducted negotiations with its pilots, in an effort to adjust the conditions of their defined-benefit supplementary pensions, to mitigate the impact of the new Act, no agreement has yet been reached. If the legislation on reforming the employee pension scheme proceeds, as currently written in the Government Bill, but the pension benefits of Finnair’s pilots’ cannot be aligned with the public pension reform, Finnair would be liable for the additional costs associated with the implementation of the legislative reform.

This would increase in its pension obligations of approximately €30 million. This would be reflected in the balance sheet after the adoption of the Act, potentially as early as the financial statements for the period ending 31st December 2015. In addition, the change would increase annual staff costs by approximately €2 million. The supplementary pension benefit negotiations concern approximately 700 pilots currently employed by Finnair. On average, Finnair pilots retire with a supplementary pension at the age of 58 years. The supplementary pensions under the collective labour agreement for new pilots being recruited by Finnair are defined-contribution; therefore, the legislative reform has no impact on the related pension cost. Finnair is actively exploring ways to mitigate the impact of implementing the pension reform, which was agreed by the Finnish labour market organisations, without incurring undue extra costs to the company. For legal advice on pension schemes visit the Goodwin Barrett website. 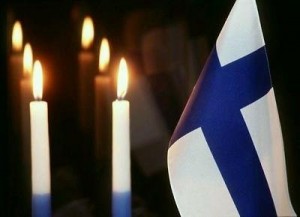 Finland’s Independence Day on 6th December to go unrecorded in this major piece on the country’s airline. The celebrations started with the traditional raising of the flag ceremony in Helsinki (see here).

Irregularities found on Qatar Airbus A350 during Painting in Shannon →

Cathay Pacific to Cut Dublin from its Route Network →