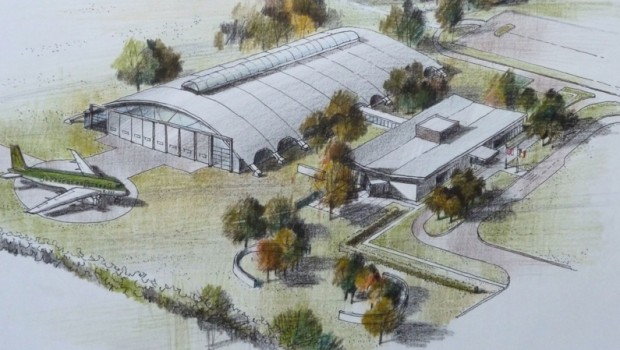 In response to a Dáil question on 17th December, the Minister for Defence, Deputy Simon Coveney, told Deputy Robert Dowds (Labour Party TD for Dublin Mid-West), that Officials in his Department “are currently assessing a proposal from the Irish Historic Flight Foundation (IHFF) for the development of a new aviation museum/heritage centre at Baldonnel”. He added, he was “also aware that there are a number of other sites being considered for this proposal”.

The IHFF is an initiative from Ireland’s aviation industry, established in December 2014, to promote the historical aspects of aviation in the State. It has a fleet of three de Havilland DHC-1 Chipmunk aircraft flying in Air Corps colours and the historic (Aer Lingus) de Havilland DH 84 Dragon. In addition to the restoration work already undertaken, the IHFF is focused on the establishment of a dedicated, ‘aviation experience’ facility, allowing the public to both view historic aircraft up close and gain an in-depth scientific understanding of aviation and flight.

The Irish Historical Flight on the ramp at Baldonnel

The IHFF’s position is that a suitable site, “has been identified at Casement Aerodrome, Baldonnel and the Department of Defence have been very supportive”. It notes that engagement is, “now underway between the Secretary General of DoD and the Chief Executive of the IAA, concerning the transfer of land to the Foundation)”. It goes on to say that “funding has been identified from across the industry for the facility. The Foundation intends to submit a formal planning application by year-end with a view to having the facility in place in 2017”. “Rather than a static display museum, it will be a state of the art interactive facility, where visitors will be immersed in aviation”, it notes. This followed a feasibility study of a proposed new aviation heritage museum, based on the existing Irish Air Corps collection, by the Air Corps/South Dublin County Council and carried out by the CHL Consulting Group, a specialist destination development, management and research consultancy, in 2014.

However, in his reply the Minister was less positive noting: “While I am in general committed to encouraging enterprise, economic development and initiatives of this nature, the impact of such a development in this location must be carefully considered as Baldonnel is of such strategic importance, being the headquarters of the Irish Air Corps and the only military airfield in the country”. In relation to the existing museum situated at the base he noted that “security and operational considerations restrict public access, which is by appointment on weekdays only”. 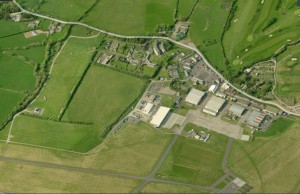 It would be a shame if the Department of Defence is having second thoughts on making a site available at Baldonnel, as it is the most obvious and most suitable location, to progress the concept of a dedicated ‘aviation experience’ facility. The airfield has huge historical aviation significance, being the departure point for the first non-stop Atlantic flight, on the demanding East-West leg, in 1928. That flight was co-led by Captain James Fitzmaurice of the Air Corps. It was also the location for the first Aer Lingus service, on 27th May 1936, to Bristol (Whitchurch) Airport, using the original six-seater de Havilland DH 84 Dragon, EI-ABI. It was also the destination at which Douglas Corrigan landed on his famous ‘wrong way’ flight across the Atlantic.

Of equal importance in determining Baldonnel’s suitability, is its close proximity to the nation’s capital, and the high population centres in the counties of the greater Dublin region. This location could attract, not just Irish people, but also visitors by being part of various tourist trails in the Leinster area.

In addition, the IHFF is supported by the Irish Aviation Authority (IAA), Ryanair, Aer Lingus, and Stobart Air and a team of volunteers. It also previously claimed to have the support of the Irish Air Corps, Department of Defence and indeed given that Baldonnel already hosts a valuable collection of Irish aviation artefacts it would be a severe disappointment if this could not form the heart of a museum within the centre.

Although Casement Aerodrome (named in honour of nationalist Roger Casement, in February 1965), is the Irish Air Corps’ primary operating base, the present aerodrome property covers an area of about 70 acres (28.33 hectares). Within this area, it is surely possible to provide space for ‘a state of the art interactive aviation facility’, without impinging on the need for the state to have a secure military facility, suitable for use for the highest level of intergovernmental tasks, for sensitive extraditions and as the point of arrival/departure for personnel involved in military, or Government tasks.

Finally, the selection of a site other than Baldonnel would put a huge question mark over the museum currently situated there. While it is accepted that security and operational considerations restrict public access, which is by appointment on weekdays only, this is as much to do with the location of the museum, in a hangar built by the Royal Flying Corps in 1917, adjoining the main ramp, rather than anything else. 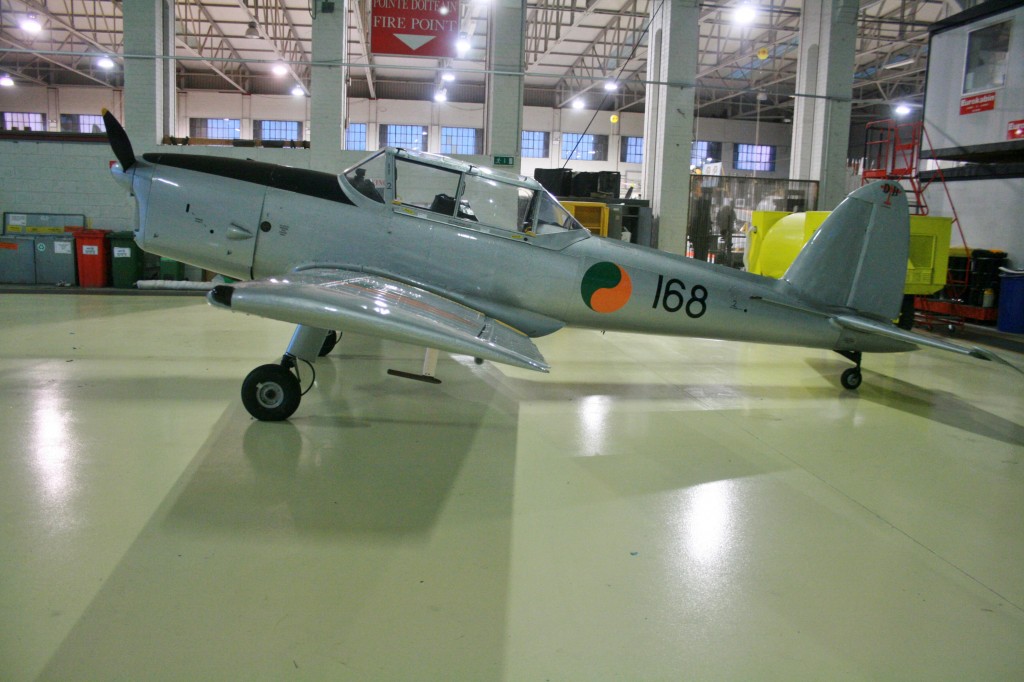 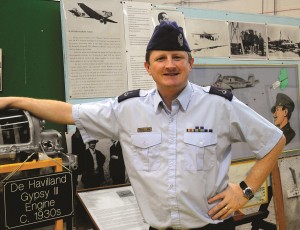 The Irish Air Corps Museum and Heritage Project, as it now exists, began its journey during the autumn of 2000. It comes under the establishment of No 4 Support Wing (Engineering) and was set up to identify, collect, catalogue and preserve as much of the history and heritage of the Air Corps as possible. The museum is manned full time by a single member of staff, Airman Michael Whelan M.A., but has the assistance of retired Air Corps personnel, on a part-time basis, as well as serving members who regularly give up their time. All museum restoration work is currently carried out by Air Corps staff. It is only in recent times, and under the guidance and support of the current and previous GOC of the Air Corps, that the project has been able to thrive. It would be a lost opportunity of unimaginable proportions, if the enthusiasm of the aviation industry, so evident at the launch of Avolon’s book, ‘Pioneers and Aviators, a Century of Irish Aviation’ and the IHFF at Baldonnel on 30th June (see here), failed to see the project get off the ground. Hopefully the views expressed by An Taoiseach at the time, that the great plans the IHFF has for the future “come to fruition”, when he pledged the support of the Department of Defence and the Air Corps, to this venture.

Currently the Air Corps Museum and Heritage Project contains a collection of aircraft and other aviation-related exhibits which chart the rich history of the Air Corps and aviation in Ireland. It has two Bofors AA Guns, a Timony Fire Engine, Radar Vehicles, Link Trainer, Beech Simulator, an excellent collection of memorabilia, and a fine collection of scale models as well as the following aircraft:- 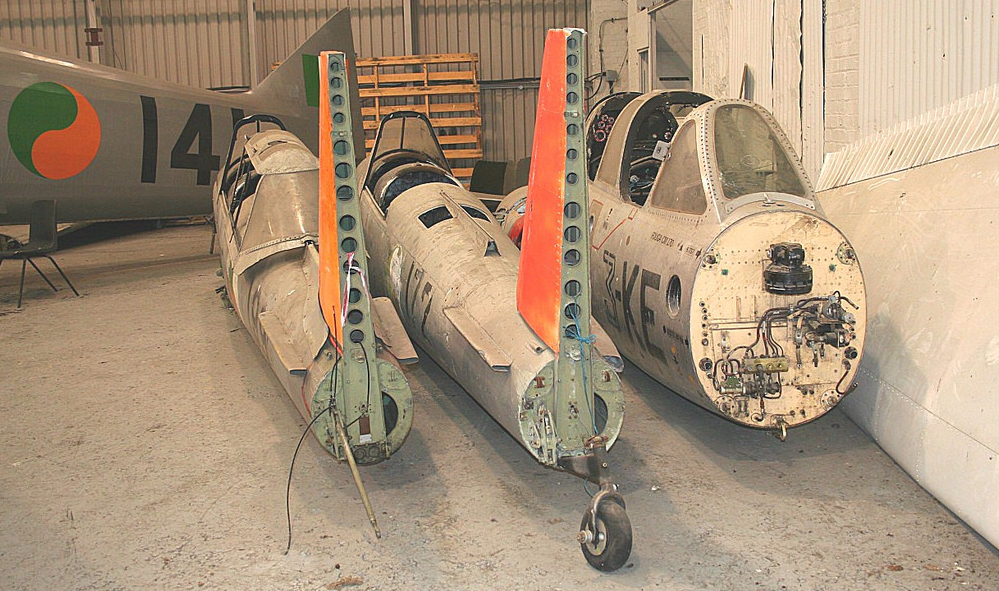 Some dismantled aircraft in the museum at Baldonnel. Paul Daly

There are also two fuselages in Baldonnel. De Havilland DH-104 Dove 6, EI-BJW, ex G-ASNG (c/n 04485) and Cessna 172B, G-ARLU (c/n 48502). The former aircraft was acquired from Waterford Airport, in exchange for Reims Cessna FR-172H, ‘207’, which had been “written-off” due to salt-water corrosion, following immersion in the sea after it force-landed off Gormanston. G-ARLU was delivered to Baldonnel from the United Kingdom in October 1977, for use as an instructional airframe by the Apprentice School, having been “damaged beyond repair” in a gale in the previous month.

Finally, during 2014, Fouga CM-170 Magister R, EI-BXO, ex Finnish Air Force (FM-28), was moved to Baldonnel. This was the only Irish civil registered Magister having been originally registered to Gerry Connolly on 21st November 1988. She made her first public appearance as EI-BXO two days later; she flew until 1991 when she was placed in open storage on the East Ramp at Shannon. On 15th April 1996, the aircraft was registered to Christy Keane of Saggart, County Dublin. She spent many years stored in the car park of Toughers Oil in Newbridge, County Kildare before moving to Northern Ireland.

The Air Corps currently also has two aircraft on loan to the National Museum of Ireland in Collins Barracks, which are presently on display as part of a major military exhibition being run by the Museum. These are de Havilland Vampire T.11, ‘198’ (c/n 15563) and Miles M14A Magister, ’34; (c/n 1028).

So with the 17 aircraft in Baldonnel and the two in Collins Barracks, this is a significant fleet of aircraft, in addition to those flying with the IHFF. This in fact compares very well with Air Corps current active fleet of 23 aircraft, plus the three operated by the Air Corps for An Garda Síochána related activities; namely two EC 135 Helicopters and one Fixed Wing Defender 4000 aircraft. The operating fleet, 15 Fixed Wing and eight Rotary, are currently available to the Air Corps. The sixteen Fixed Wing aircraft are made up of the Learjet 45, two CASA Maritime Patrol aircraft, five Cessna aircraft and seven Pilatus PC-9 aircraft, used in the main for pilot training. The rotary fleet is made up of six AW 139 and two EC 135 helicopters.

So assuming the Department of Defence agrees to the museum project and makes a site available it would become a major educational resource attracting students and tourists in equal measure. Coupled with the working aircraft of the IHFF, it would be a unique and living history and heritage project.

Funding this will be a challenge and a key component of any successful project. It will require imagination, collaboration between State and private institutions and a lot of goodwill particularly from our own aviation sector, at home and abroad. It is a challenge but it is a challenge well worth stepping up to.