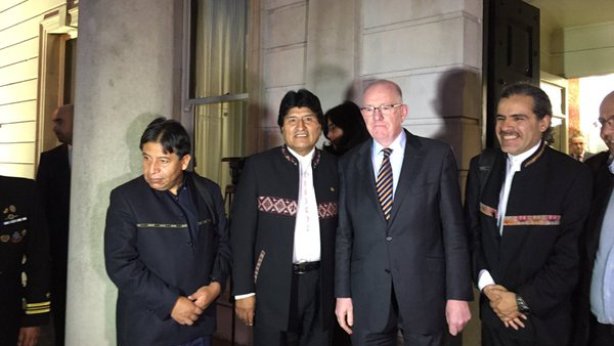 A brief two day visit to Dublin by the President of Bolivia, Evo Morales saw one of the most interesting aviation visitors in the form of Falcon 900EX, FAB-001 visit. Ireland was the final stop for President Morales, on a programme which included visits to France, Germany and Italy. The president’s aircraft touched down on runway 28 16:13 on Saturday 7th November. 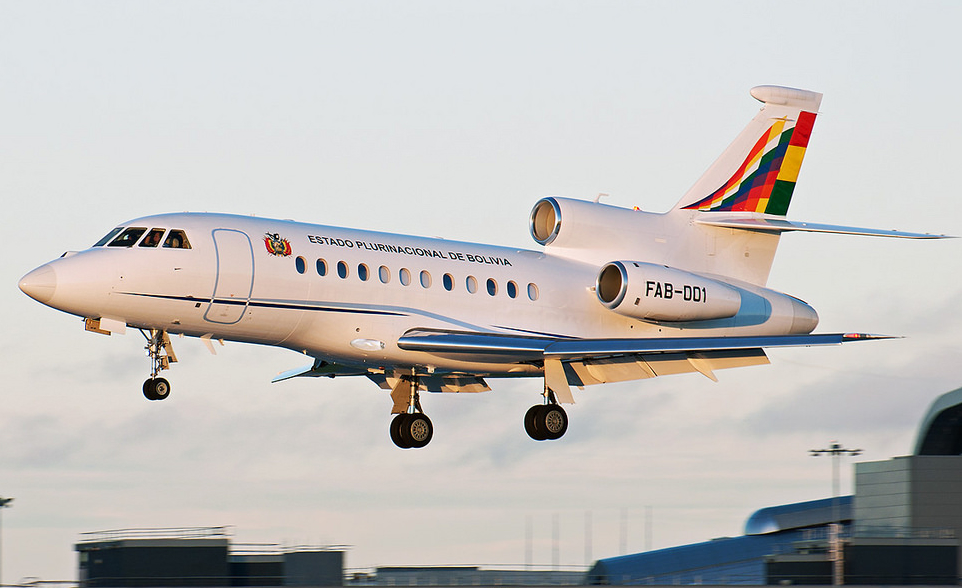 President Morales visit to Ireland was historic, in that it was the first to Ireland, by a Head of State from the South American country. The visit was intended to strengthen ties between Ireland and Bolivia. President Morales was received by President Michael D Higgins at Áras an Uachtaráin at 18:00 and he then met the Minister for Foreign Affairs and Trade, Mr. Charles Flanagan, together with his officials, at the Department’s offices in Stephen’s Green. At the meeting the focus was on trade and political links and issues such as climate change. 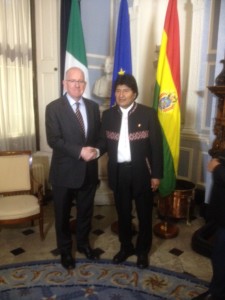 Minister Charlie Flanagan with the President of Bolivia, Evo Morales.

“I welcome this historic visit – the first by a Head of State from Bolivia – and I hope that President Morales’ trip to Ireland will assist our efforts to strengthen relations with Bolivia and Latin America more generally,” Minister Flanagan said in a statement.

“Links between our two countries have grown in recent years – not least in the area of trade, which is increasing steadily, albeit from a low base. I am also conscious of the important role played by Bolivia on the global stage in areas such as climate change and sustainable development” he added.

Minister Flanagan also raised the case of Michael Dwyer, the Irishman killed by Bolivian security forces in 2009. Shortly afterwards Caroline Dwyer, the mother of the late Michael Dwyer, met the Bolivian Minister for Foreign Affairs and Defence. She described the meeting, held in the Department of Foreign Affairs, which finished just before 21:00, as positive. She said the ministers committed to an independent international inquiry into her son’s death and said they would facilitate this process.

While in Ireland, President Morales also managed a visit to a dairy processing plant, as well as attending an event with the Bolivian community. An agreement was also signed between Bolivia and Ireland’s Higher Education Authority, on cooperation on Higher Education, between the two countries. On Sunday 8th November, FAB-001 departed at 12:07 with President Morales and his party on board, after a visit of just 16 hours. 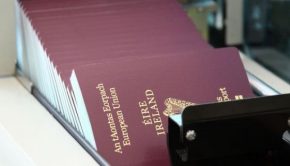