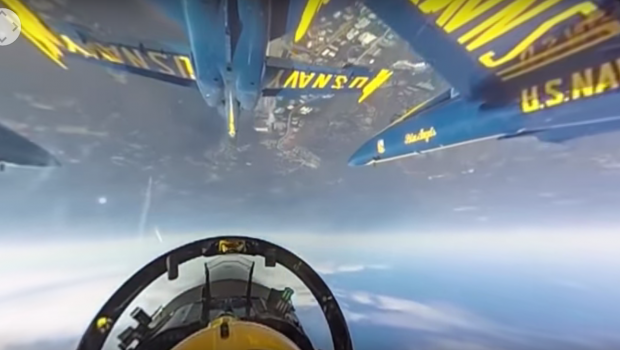 Climb aboard Blue Angel 4 in the “slot” position. Situated at the back corner of the Angels’ signature diamond formation, you’ll see the F/A-18 Hornets flying inches from each other as they execute breathtaking manoeuvres.

This is a 360 degree video so you can rotate the camera angle using the arrows on the top left corner.