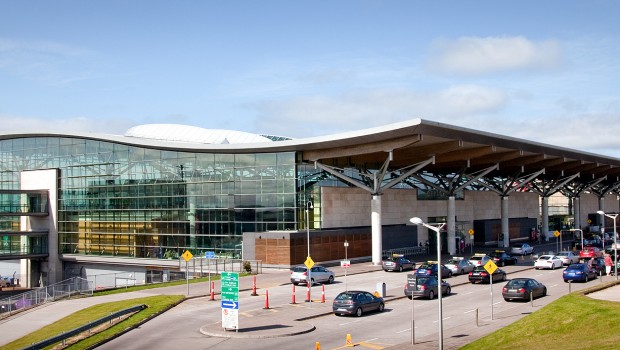 Cork Airport was celebrating, after winning the award for Best Digital Marketing, using a Mobile Device, at the Cork Digital Marketing awards. The ceremony took place on the evening of 29th October, at the Fota Island Resort, and acknowledged Cork businesses that showcase their innovative use of digital marketing, and receive recognition for their online interaction, in the digital world. Cork Airport also won an award at the eir Spiders ceremony for the best use of mobile technology along with Dublin Airport. The eir Spiders recognises Irish businesses and community organisations for their innovation and provide a chance to showcase online excellence.

Earlier, the airport had been highly commended at the highly prestigious World Routes Marketing Awards ceremony. The international gala event, which took place in Durban, South Africa, on 21st September, celebrated the very best in marketing new routes and route development in the aviation industry. Cork Airport was nominated in the category ‘Under 4 million’ passengers and its Aviation Marketing team took this excellent opportunity to network with key decision-makers and also meet with a number of airlines at this prestigious event, in an effort to secure new routes for the airport.

Speaking at the ceremony Cork Airport’s Managing Director, Niall MacCarthy said: “This is great news for everyone who has worked hard to market the airport and the Munster region to airlines in an effort to secure new routes to our schedule of 50 direct services. We have had some good successes this year with the addition of Cardiff with Flybe and London City with CityJet. Attracting new airlines to the region is one of our key objectives and we believe that there are fantastic opportunities to develop our relationship with both airlines into the future”. 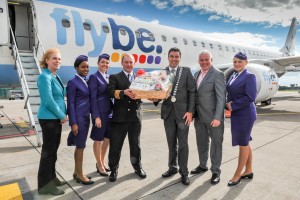 new Cardiff service. In addition, Aer Lingus will be commencing their new Cork Dusseldorf route next year and has also increased frequency on its Cork Tenerife route for this winter.

Only days after its success at the World Routes Marketing Awards ceremony, Cork Airport was jubilant at being able to confirm Norwegian’s decision to launch Cork’s first ever scheduled transatlantic services. News of Cork’s new transatlantic services comes in the wake of several other positive route announcements from Cork Airport in recent weeks. On 25th September, Norwegian announced plans to operate a direct Cork-Boston service from May 2016. It also confirmed plans to launch a new Cork-New York service in 2017. A Cork-Barcelona service is also planned from May 2016.

The new routes will be operated under Norwegian’s Irish subsidiary Norwegian Air International (NAI) and form part of the airline’s plans for continued expansion in the UK and Ireland. Details of the new short and long-haul routes are as follows:

Commenting on the announcement, Cork Airport Managing Director Niall MacCarthy said: “Cork Airport has long sought a service to the United States and we are thrilled that our customers will be able to fly direct from Cork to Boston next year, and that we’ll have flights to New York in 2017.”

“The addition of direct year-round connectivity to North America has long been a target for Cork Airport, which has a robust business hinterland with a large cluster of US multinationals and a fantastic tourism product. This is great news for both Cork Airport and the region and is a major strategic boost for both business and tourism” he added 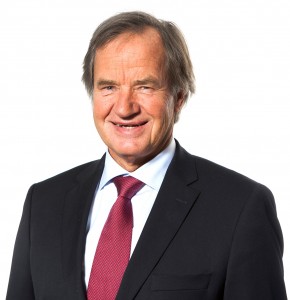 Norwegian CEO Bjorn Kjos added: “We are delighted to offer a long-awaited service from the US to Cork and the southern parts of Ireland which will create huge business, leisure and tourism opportunities. Our new Cork to Barcelona route is also an exciting addition to our growing network”.

On a more cautious note he commented; “This is only the beginning of our plans for new routes in Ireland but our expansion relies on the US Department of Transportation (DoT) finally approving Norwegian Air International’s application for a foreign carrier permit. Only DoT approval for NAI will unlock the door for these exciting new routes, creating more competition, more choice and better fares for business and leisure passengers on both sides of the Atlantic.”

Thanking the regional stakeholders in the political, business and tourism spheres, who have been working really closely with the airport over the last year to ensure Cork Airport returns to strong growth in 2016 and contributes as a catalyst for continued economic recovery throughout the region, Mr MacCarthy went on “Cork Airport has been successful in winning new routes and additional flights in recent weeks and it’s essential that all of these new services – and indeed all of our existing routes – are well supported in the region. We are continuing to seek out new opportunities with new and existing airline customers and we are confident of further passenger growth after 2016.”

The figures for August were particularly disappointing, although the airport now believes that the numbers have stabilised, albeit at levels similar to 2013. While it is too early to say if the new CityJet service will lead to an increase in overall passenger numbers, or if it will just displace numbers on other London services operated by Aer Lingus or Ryanair, the airport is convinced that it will.

Also in a display of confidence in the service, CityJet announced on 8th October additional services from Cork Airport, in the form of new direct services next summer to La Rochelle and Nantes. It will commence services to both French cities from 18th June, 2016. Cork – La Rochelle will operate twice weekly on Tuesday and Saturday with Cork – Nantes operating weekly on Sundays. These seasonal services will operate until the end of August, 2016.

Making the announcement at the Cork Chamber of Commerce’s October Business Breakfast, CityJet’s Executive Chairman, Pat Byrne, said: “We are delighted to offer direct flights to both La Rochelle and Nantes from next June, providing convenient access to these fabulous tourist regions of France. Just as importantly, it also opens up Cork to French visitors accessing the city and the south west.”

“We are a family-friendly airline, with an all-jet fleet and complimentary on-board catering, whilst our generous free baggage allowance can save a family of four over €200 on a round trip compared to other options to France. With fares starting from just €69 each way, we know that these routes will be a popular option to and from France next summer,” he added.

Cork has long campaigned for the restoration of an air link between Cork and Dublin but so far has failed to excite any interest from airlines. Even the airport has indicated that it was unlikely the Cork-Dublin route would be reinstated. A spokesperson said that the airport management had concluded there is insufficient demand to achieve a viable service. This followed consultation with stakeholders including the Chamber of Commerce and Stobart Air. Nevertheless, Corkman Tony Cullinane is looking for investors to set up a new airline that would reopen the route and possibly expand to services to Belfast. He has targeted the City and County Councils for this investment given their prior investment in the Cork to Swansea ferry service. Mr Cullinane believes that there is a strong business case, given the numbers travelling to Dublin each day by train, bus and car. “Every day in Cork there are 16 trains to Dublin. Aircoach does 36 services between the two cities every day and GoBe and Bus Éireann do approximately 19,” he noted. “If we can capture even 5% of those numbers it would be sufficient to see a return of the Cork to Dublin air route” he added.

Mr Cullinane hopes to meet with the Minister for Transport Paschal Donohoe to outline his proposal, having already met with senior officials in Cork Airport, the Cork Chamber and the Cork Business Association. He optimistically believes that around €1 million would be enough to get a new Cork-based airline started and operating profitably. His hope is to operate three flights per day between Cork and Dublin use a 72-seat twin prop (ATR72?) and then possibly expand to three flights per week to Belfast. “So far the response has been amazing and very supportive from everybody. But what we need is investors. It would be completely Cork based and owned employing local people. Our airport is a huge asset but it is underutilised. This can work if people get behind it. I am confident once people see the benefit they will want to get involved” he concluded. 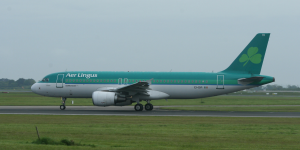 On 17th October, Aer Lingus Airbus A320 EI-DVI operating the EI485 from Lisbon to Dublin was forced to divert to Cork, following an incident where a passenger became agitated, attacked another passenger and was then restrained, but subsequently collapsed. The aircraft landed at Cork airport shortly before 17:40, where the 25-year-old man, subsequently identified as John Santos Gurgao, a Brazilian national, was pronounced dead, despite attempts to resuscitate him. The aircraft had 168 passengers and six crew members on board and one passenger was taken to hospital on arrival. Another female passenger, who was arrested for further questioning, remained in Garda custody while the remaining passengers were transferred by road to Dublin after providing statements. A Garda spokesman confirmed that a number of packages had been recovered from the body of the deceased during the course of a post- mortem examination. “The post-mortem has taken place. A number of packages have been recovered and have been forwarded for forensic examination,” the spokesman said. “The toxicology results are awaited.” The 44-year old female passenger who was arrested is Portuguese, but is believed to have been living in Dublin for several years. Garda sources said she was involved in a number of businesses, including offering herself as a consultant to non-EU residents seeking visas to work and study in Ireland. The aircraft remained in Cork until 19th October, when it positioned to Dublin that evening using EI485 as its callsign.