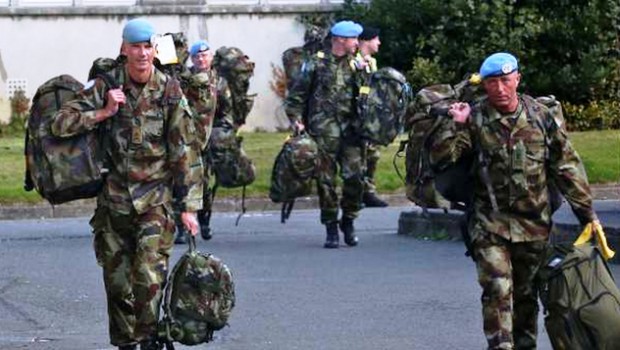 In addition to the outstanding role being carried out by Irish Naval Vessels deployed to the Mediterranean since 16th May, where they are assisting the Italian Authorities with the migrant crisis in the Mediterranean, the Defence Forces have committed significant resources to two UN missions in the Middle East, the United Nations Interim Force in Lebanon (UNIFIL), and the United Nations Disengagement Observer Force (UNDOF) in Syria. Both of these missions are rotated on a six monthly basis using airlift capacity chartered in from the civil market.

Rotation of UNDOF between the 48th and 50th Infantry Groups

The 48th Infantry Group, under the command of Lt. Col. Mark Prendergast were deployed to the the Golan Heights (via Tel Aviv) on 7th of April. The aircraft used on that occasion was Airbus A320-232, SP-HAD of Small Planet Airlines (Poland) which operated the LLP8055/8055/8056/8053 which positioned from Oslo to operate Dublin-Tel Aviv-Dublin-Tel Aviv. The 103 Irish troops from that unit returned to Casement Aerodrome, Baldonnel, Co Dublin just before 16:00 on 7th of October following their six month deployment.

The aircraft used for the rotation was Boeing 757-256, G-ZAPX of Titan Airways. The aircraft positioned from London Stansted to Baldonnel, on the evening of 6th October, as the AWC289Y, arriving at 22:20. The following morning, it departed Baldonnel as the AWC891 at 02:45, with the replacement unit, the 50th Infantry Group, which arrived in Tel Aviv, just after 09:30 (local). The unit then deployed to the Golan Heights that morning and immediately commenced duties as the Quick Reaction Force (QRF) for the UNDOF mission. 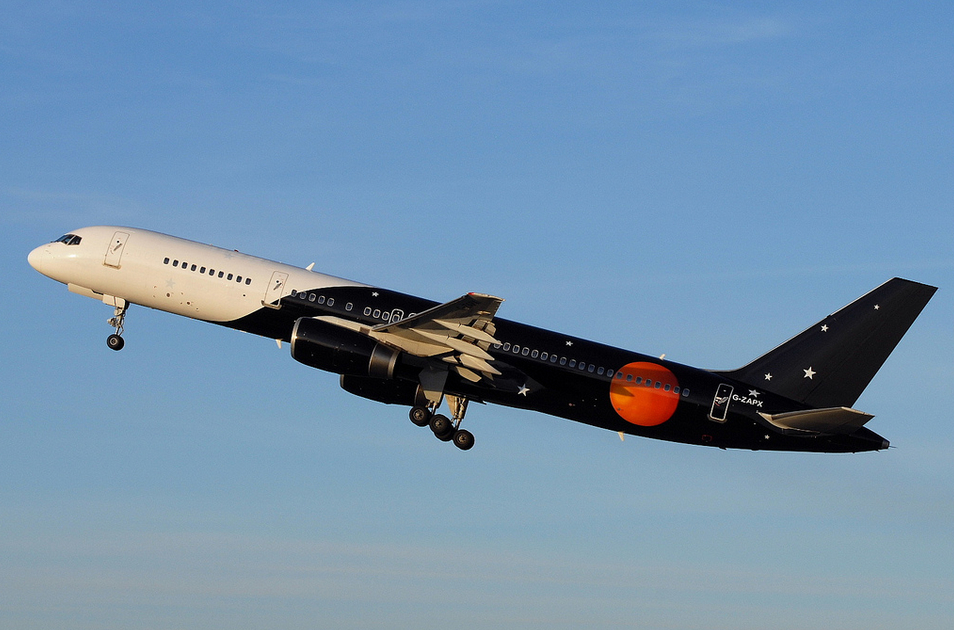 The aircraft then departed Tel Aviv at 12:25 (local) as the AWC892 with the 48th Infantry Group to Baldonnel, where around 200 relatives and friends waited patiently for their return. In all the unit consisted of 130 military personnel – 123 men and seven women – drawn mainly from the Dublin, the Midlands and the North West. An advance group of 27 personnel had already returned the previous last week and their comrades received a warm welcome, with many happy young faces delighted to see the safe return of a parent, from what their commanding officer Lt. Colonel Mark Prendergast, described as a “busy, rewarding, challenging”, mission but that was “but everything we had prepared for”.

Background to the UNDOF mission

UNDOF was established by United Nation Security Council Resolution (UNSCR) 350 in 1974, following the agreed disengagement of Israeli and Syrian forces on the Golan Heights, after the ending of the Yom Kippur War. Its role was to oversee an ‘area of separation’, which is 80km long and varying from 10km to 1km in width. Initially it consisted of 44 manned positions and 11 observation posts and a small number of observers. In September 2013, the Defence Forces were asked to participate and supply a larger force of around 130 troops for the mission. The Irish contingent is based in UNDOF headquarters in Camp Ziouani As the Quick Reaction Force their role is primarily to act as the Force Mobile Reserve (FMR) and to undertake reinforcement, reaction, escort and other operations throughout UNDOF’s Area of Responsibility. Eight other Defence Forces personnel are also deployed in UNDOF headquarters, including Brigadier General Anthony Hanlon, who was appointed Deputy Force Commander of the mission in September 2014.

The UNDOF mission has faced a challenging time, especially during the past year. The escalation of the conflict in the Syrian Arab Republic has affected the mission’s area of operations. While the security situation in the UNDOF area of responsibility remains volatile and unpredictable, with ongoing fighting between different elements, UNDOF has not detected any significant increase in violence or attacks on UN personnel or facilities. Following the significant events in August 2014 in the area of separation, there was a fundamental realignment of the UNDOF mission with a view to minimising unacceptable risks to peacekeepers, while continuing to implement the mission’s mandate where possible. Most UNDOF personnel, including the Irish contingent, are now deployed on the Israeli side of the area of separation. As such, they are not within the area of separation where significant fighting continues to take place.