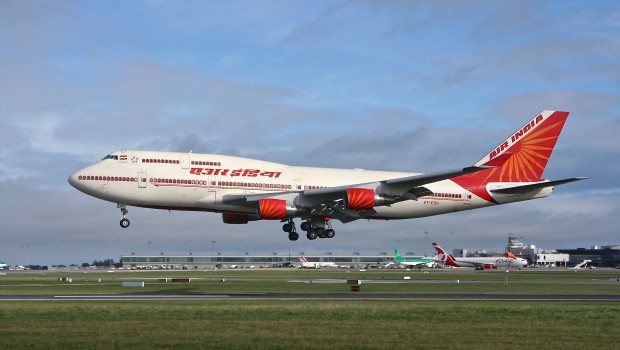 A brief visit to Dublin on 23rd September, by Mr Narendra Modi, Prime Minister of India, enroute to the UN Sustainable Development Summit in New York, saw the welcome arrival of Air India Boeing 747-437, VT-ESO, using the callsign ‘Air India 1’. The aircraft touched down on Runway 28 at 10:40. Mr. Modi was accompanied on his visit to Ireland by a high level Indian delegation. Enroute to Dublin from New Delhi, ‘Air India 1’ passed over Pakistan, Afghanistan, Uzbekistan, Kazakhstan, Russia, Belarus, Lithuania, Baltic Sea, the North Sea and finally over the UK for a standard approach to 28. 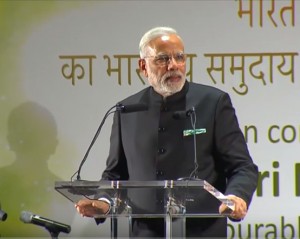 Meanwhile the 22 year old 747, named ‘Khajuraho’, remained parked at Dublin. It was delivered new to Air India since on 10th December 1993. It was the first visit of this aircraft to Dublin and indeed the first visit by an Air India 747. In fact you have to go back to 1982 to see a visit by an Air India aircraft. On the 3rd May 1982, Boeing 707-337B, VT-DSI visited, also from Delhi, bringing the then Indian President, Indira Gandhi. On that occasion the aircraft was accompanied by four Air Corps Fouga Magisters and while the president inspected a guard of honour on the ramp, the Fougas made a spectacular flypast. The aircraft departed three days later to Belgrade, again accompanied in formation by the Fougas. Although the aircraft left the Air India fleet in 1988, it is currently in store as N8870A, having been delivered to Omega Air on 18th August 1989. It previously wore the registration, EL-AJS.

Mr. Modi’s aircraft departed at 17:02 arriving in New York on Thursday, 24th September for his five-day US visit, during which he addressed the world leaders at the summit. He also met US President Barack Obama.

This Summit is the largest gathering of Heads of State and Government in the history of the United Nations. A key aim of the summit is to ratify the Sustainable Development Goals (SDGs) by the United Nations General Assembly. On Friday 25th September, the Taoiseach highlighted Ireland’s key role in the negotiation of the new Sustainable Development Goals, as well as Ireland’s commitment to tackling global hunger. Ahead of his attendance at the UN, the Taoiseach also travelled to Connecticut, where he visited Quinnipiac University’s “Ireland’s Great Hunger Museum” and received an Honorary Degree from the University.