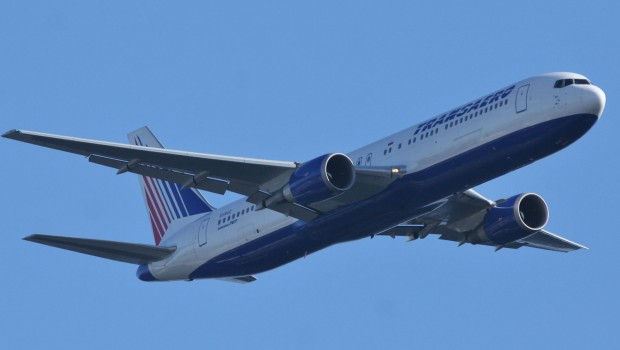 In a brief statement on 12th September, the Aeroflot Group, which is currently in the process of integrating OJSC Transaero Airlines, confirmed its commitment to transport all Transaero passengers, noting in particular that “during the integration period, Aeroflot, with the support of the Federal Agency for Air Transport (RosAviation), will ensure that all obligations to ticketed Transaero passengers are met in full”. This followed the surprise announcement on 3rd September, following Aeroflot’s Board of Directors meeting, that “it was necessary to involve Aeroflot Group in the restructuring of Transaero”. Essentially, Aeroflot will acquire the assets and routes of Transaero, which is the second Russia’s largest airline.

As of December last year, 104 aircraft were in operation with Transaero. Nine were directly owned by Transaero (Boeing 737, 767, 777), 61 were on financial lease and 34 were on operating lease. 85 of these aircraft were on the Irish register, making it the second largest operator of Irish registered aircraft after Ryanair, although it is now vying for this honour with Alitalia. Indeed the latest type to be added to the Transaero fleet, the two Airbus 321-211s, are registered as EI-VKO and EI-LED. 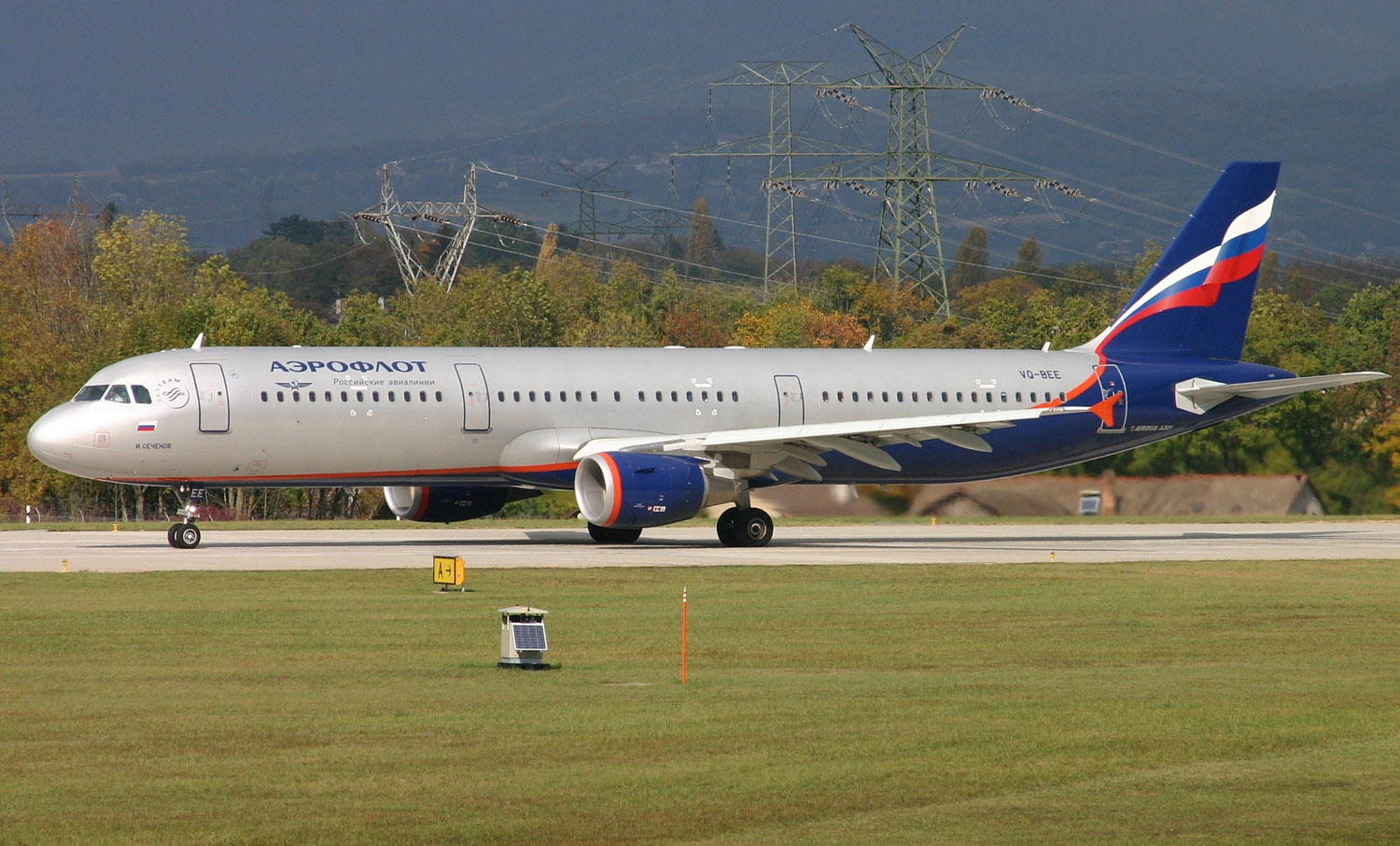 Transaero continues to sell tickets, and all passengers with tickets will according to the statement, “be transported to their destinations”. The statement notes however that “if some flights are cancelled by the initiative of Transaero, passengers can rebook their tickets regardless the type of tariff (refundable or not) for the closest available Transaero flights. Or just return these tickets at the place of sale without any penalties”.

The demise of Transaero, which was the first private Russian airline, is a direct result of market and political forces that have significantly affected its operating revenues of the past few years. The effects of the Ukrainian crisis, which resulted in European and American sanctions against Russia. This ultimately resulted in a weaker rouble and a decline in the international traffic from Russia to many markets served by Transaero such as the Caribbean, and south East Asia. The weaker rouble also resulted in a decline of Russian tourists travelling to foreign destinations. These are now returning to the more traditional domestic destinations such as the Black Sea area.

Transaero also had ambitious expansion plans and was intending to add more Airbus aircraft to its largely Boeing’s fleet. The company had signed a memorandum of intent for eight A330-200s, 12 A330-900neo and had firmed up an order for eight A320 neos and four A380s. However, it was recently announced that the delivery of the A380s, initially planned to start in 2015, was postponed until further notice. In addition, Transaero also had four 747-8s on order from Boeing, but a similar number of these aircraft have recently been removed from the Boeing Orders and Deliveries list. These may be the Transaero order, one of which is in final assembly and another has been rolled out. 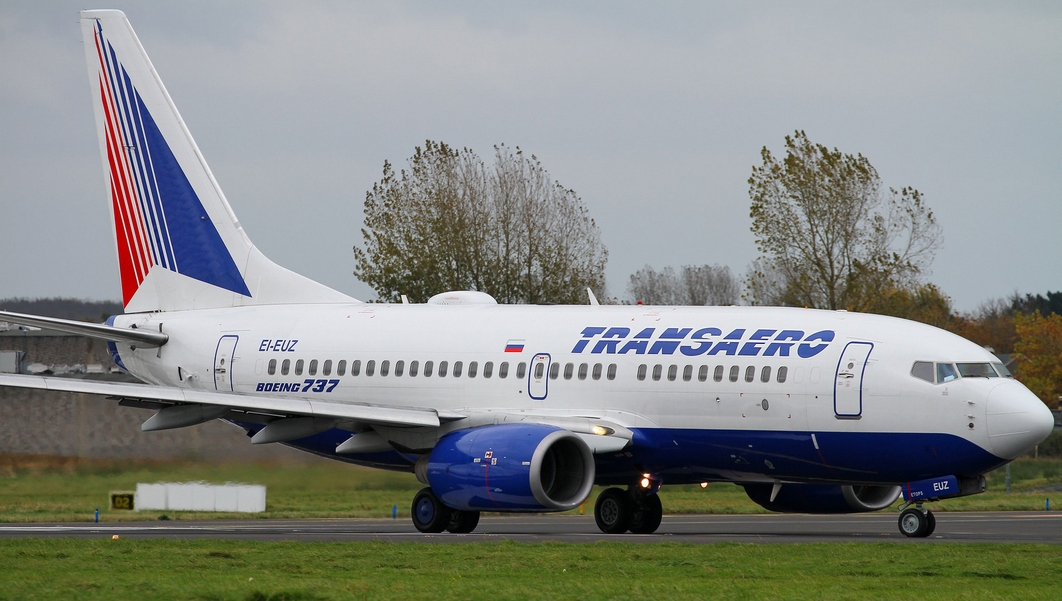 Finally, Transaero’s reduced fares strategy did not generate the expected turnaround and further deteriorated the overall financial situation at the airline.

Takeover not Transaero’s wish but a government decision

The Aeroflot statement makes it clear that the decision was a result “of discussions at an interagency meeting chaired by First Deputy Prime Minister Igor Shuvalov”. This required the Board of Aeroflot and the Company’s management “to develop proposals” regarding the transfer of operational management of Transaero to Aeroflot and thereby ensure corporate control over the “bailout procedure”.

Under a government commission “consolidation” proposal Transaero, has offered to sell at least 75% plus one share of the company to Aeroflot, within 24 days from the date of the offer, “at a price of no more than one rouble for the tendered shares”. The Board of Aeroflot has also approved the appointment of Sberbank of Russia as financial adviser to the Company on the bailout.

Transaero’s majority owners are Olga Pleshakova and Alexander Pleshakov, the company’s CEO and board chairman, respectively. They each own about 18% of the carrier.

Russia’s Federal Antimonopoly Service (FAS) has confirmed that it is prepared to approve of the ‘consolidation’, ensuring ongoing monitoring to ensure compliance with antimonopoly regulations. FAS Head Igor Artemyev stated: “I have said that I prefer the alternative of bankruptcy … The situation has unfortunately gone too far and to imagine that we have two to three years to complete bankruptcy processes, assumed by the law, is impossible … I think Aeroflot … are not jumping for joy at the moment, because they have serious rehabilitation work ahead of them, and of course the work will be difficult.” Mr Artemyev also said: “From the point of view of market monopolies, directives and decisions we will issue – our approval is required, since about 50% of the market will be in the hands of Aeroflot…we will ask Aeroflot to sell a part of their routes, where it gains a monopoly as a result with a consolidation with Transaero Airlines.” Mr Artemyev added: “we will increase price monitoring firstly. Secondly, structural regulations will be in place over a few years.”

In a comment Kirill Androsov, Chairman of Aeroflot’s Board of Directors said “In the whole time I have served as Chairman of the Board of Aeroflot this is undoubtedly the most important and significant decision that we have taken, and one that will be of transformational significance for Aeroflot.” “This decision is fully in line with our strategy and should facilitate the achievement of the key indicators set out in Aeroflot Group’s Strategy to carry 70 million passengers a year and be a top-five European and top-20 global airline by revenue and passenger numbers by 2025. I have no doubt that the experience, knowledge and competence of Aeroflot’s CEO, Vitaly Saveliev, will be a key factor in our success in achieving these goals” he added. Mr Androsov is also Chairman of the Board of Directors of Russian Railways JSC and previously he served as Deputy Chief of Staff in the Office of Prime Minister Vladimir Putin. 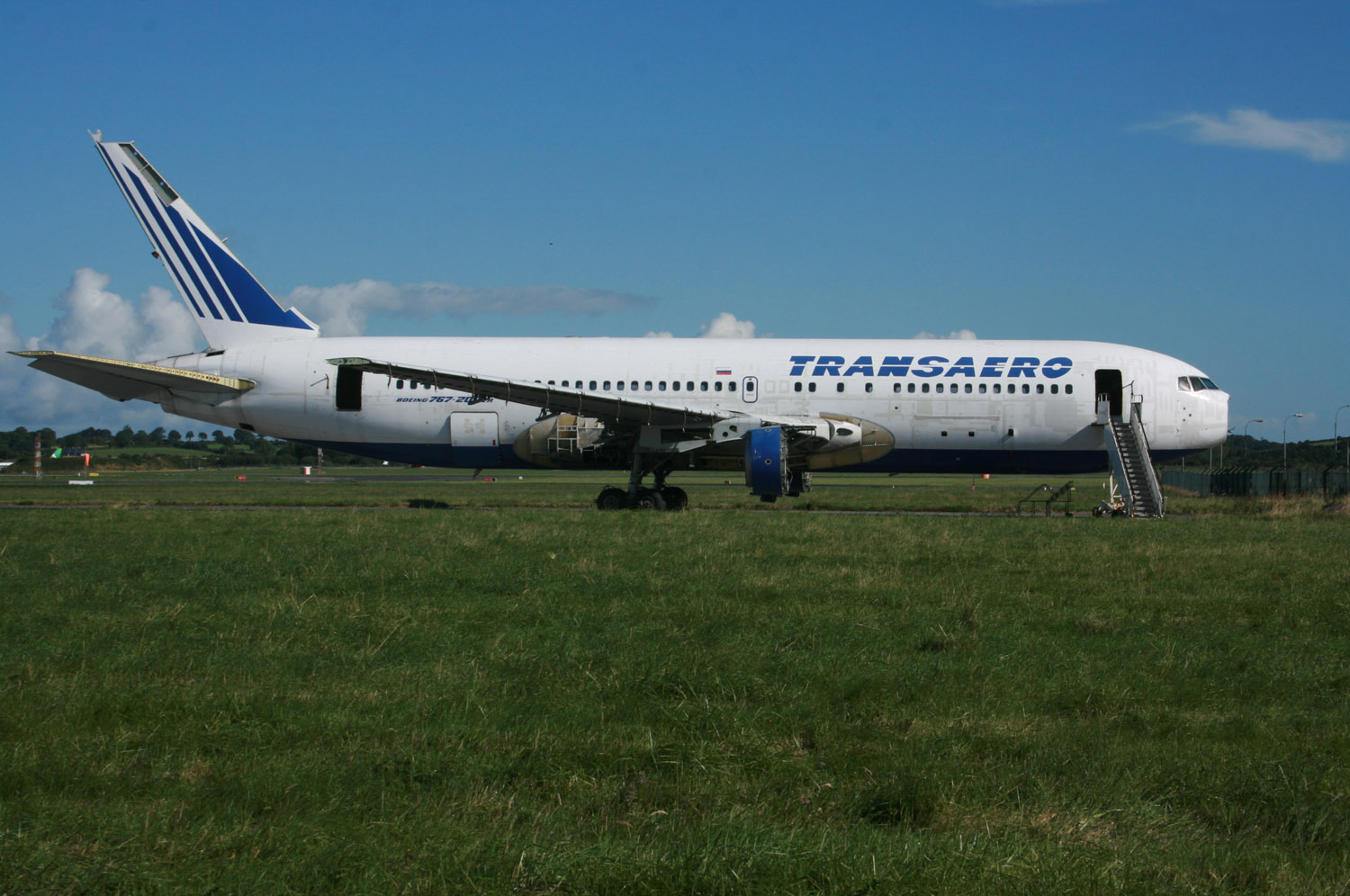 On 2nd September Transaero Airlines CEO Olga Pleshakova released a statement saying neither Transaero management nor shareholders had initiated the deal. She had resigned from that post and has become chairman of the board, Transaero said in a statement, Dmitry Yerzakovich has been appointed new CEO. She remains as a board member and managing director. Transaero said the management appointments were decided at the airline’s board meeting on 31st August and were not related to the acquisition by Aeroflot, announced the following day (1st September). According to Mr. Pleshakov, they had suggested different scenarios for the carrier’s bail out. 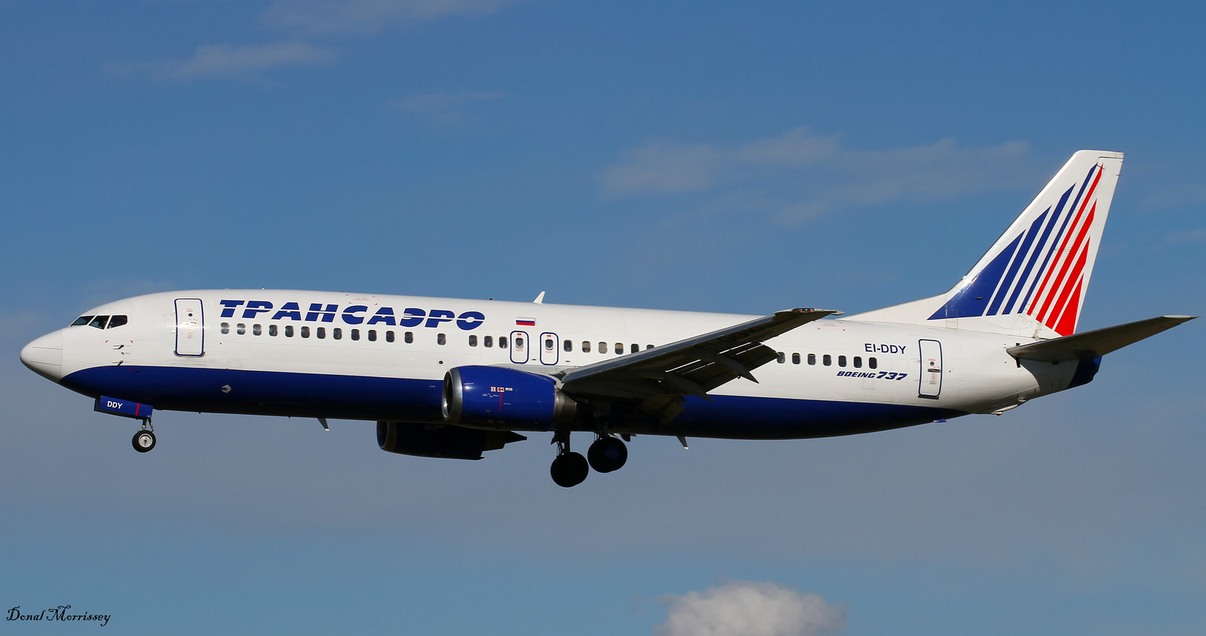 Transaero Airlines fleet was about 16 years old on average, as of the 31st December 2014. Aeroflot has a much younger fleet averaging about 4.4 years, and on the same date it was operating 258 aircraft of which six aircraft (Russian Aircraft) were owned, 191 were on operating lease and 61 on financial lease. With regard to the order book, Aeroflot has signed an agreement for 22 A350XWB (of which eight A350-800 that potentially will convert to the large -900 model) and three Boeing 777 and 22 787. Aeroflot signed the contract for the ‘Dreamliners’ in 2007 with delivery scheduled for 2014, but the delivery date was later pushed back to 2016. However, earlier this summer, CEO Vitaly Saveliev said Aeroflot was in the final stages of negotiations with Boeing and the two companies were discussing all options, including cancelling the contract. As Russia’s economy nosedived together with a collapse in global oil prices, Aeroflot and other airlines are increasingly looking to reduce fleet size as the market demand falls. The Russian aviation industry lost around 30 billion roubles (around €390 million) last year, according to the Russian Association of Air Transport Operators, compared with a 4.7 billion rouble (around €61.1 million) loss in 2013. Mr. Savelyev added that Aeroflot was planning to trade out its older aircraft and the Dreamliner contract with Boeing was not the only supply deal being renegotiated. It is also looking at selling more that 40 of the aircraft it currently operates.

It will be interesting to see how Aeroflot will right size the Transaero legacy routes, and therefore likely cut down on these routes’ capacity while maintaining access to destinations still viable overall. Consequently, the combination of the two fleets will likely lead to Aeroflot following in the path of Air Canada and Air Canada Rouge, using a combination of aircraft and service levels with differing operational, access and customer requirements. Based on latest passenger figures from the Russian Federal Air Transport Agency (Rosaviatsia) the two carriers accounted for 43% of passenger movements on Russian carriers in the first seven months of 2015. Add in the figures for Rossiya Airlines, ORENAIR, Pobeda, Donavia and Aurora, all of which are either fully-owned or majority-owned by Aeroflot, and the market share climbs to over 57% according to an analysis prepared by anna.aero (Airline Network News & Analysis). With overlaps on many routes, the merger is likely to result in a significant consolidation of both fleets. In what could be an early sign of this consolidation, Transaero’s Boeing 737-7Q8, EI-EUW (c/n 29350), arrived in Dublin as the TSO8737 on 11th September at 16:11 from Moscow (Vnukovo).