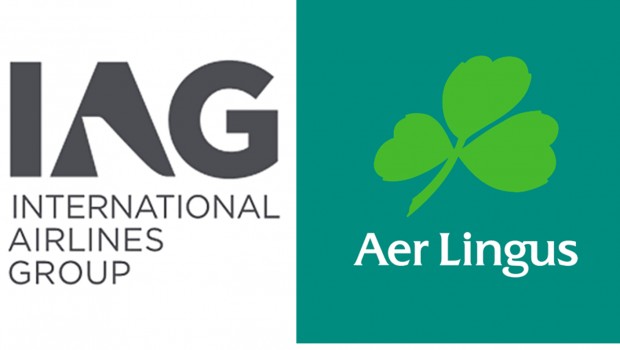 The Aer Lingus takeover by the International Airlines Group (‘IAG’) has cleared its final hurdle as Ryanair confirmed that it had agreed the sale of its shares. In a statement on 18th August, IAG announced that it had received confirmation of the valid acceptance of its Offer for Aer Lingus, in respect of all the Aer Lingus shares held by the Ryanair Group. Ryanair’s acceptance was a condition of the Offer which is now wholly unconditional, as all the conditions have been satisfied, paving the way for the Aer Lingus Group plc (‘Aer Lingus’) to become part of IAG.

IAG chief executive Willie Walsh said: “We’d like to welcome Aer Lingus into IAG. It will remain an iconic Irish brand with its base and management team in Ireland but will now grow as part of a strong, profitable airline group. This means new routes and more jobs benefitting customers, employees and the Irish economy and tourism”.

The IAG statement went out to outline some other significant matters as follows:-

The Offer will remain open for acceptance until the final closing date of 15:00 (Irish time) on 1st September 2015. Aer Lingus shareholders who have not yet accepted the Offer are encouraged to do so without delay.

Delisting and re-registration of Aer Lingus as a private company

As at the close of business on 17th August, being the last practicable date prior to this announcement, neither AERL Holding nor any person acting in concert with AERL Holding were interested in any relevant Aer Lingus securities, apart from those below (excluding as exempt principal trader not requiring disclosure).

All Aer Lingus shareholders who have validly accepted the Offer by 13:00 (Irish time) on 18th August 2015 will be paid on or before 1st September 2015. Shareholders who accept after this time but while the Offer remains open for acceptances will be paid within 14 days after the date of their acceptance. Payment will be made in the manner described in the Offer Document and in accordance with the requirements of the Irish Takeover Rules.

The Offer document containing the full terms and conditions of the recommended cash offer by AERL Holding for the entire issued and to be issued ordinary share capital of Aer Lingus was posted to Aer Lingus shareholders on 19th June 2015 (‘Offer Document’). Defined terms which are not defined in this announcement have the same meaning given to them in the Offer Document.

Ryanair to provide connections to IAG and Aer Lingus long-haul

In a separate development, Ryanair’s Chief Executive Michael O’Leary told Reuter’s in a recent interview that they were in talks with IAG and Aer Lingus, about providing transfer connections for their long-haul services. “What we see over the next five, 10 years is that we become a feeder for other long-haul airlines”, adding that Ryanair had, also spoken to Portugal’s TAP about feeding traffic from Lisbon, and Norwegian Air Shuttle and Virgin Atlantic about flights at London’s Gatwick.

Under the proposed system, customers would buy their tickets from the long-haul carrier, who would be responsible for checking in the customer, handling their bags and taking responsibility for any missed connections. Ryanair would, however, offer to fly passengers on later flights if the initial Ryanair connection was missed.

While Ryanair has not yet finalised any agreement with Aer Lingus, Mr. O’Leary said it could begin providing feeder traffic for its Irish rivals before the end of the year. “I see no reason why it couldn’t happen this winter, November,” he said.

He also said he had spoken with IAG “in the context if IAG were to do something long-haul out of Stansted.” A spokeswoman for IAG, which does not currently fly from Stansted, said that the airline had not had any “formal” discussions with Ryanair on the issue.

Whether Mr. O’Leary was merely engaging in speculation, similar to its repeated comments about Ryanair considering long-haul, remains to be seen. Ryanair has always resisted the extra costs involved in accommodating passengers who missed connections. It would obviously be a major consideration for Ryanair as to who pays for misconnects and who handles them. If agreement could be reached on this there is no reason why Ryanair could not get involved in feeder traffic. Perhaps the daa could have a role here given that there are similar programmes in Milan and Singapore where the airport is heavily involved.