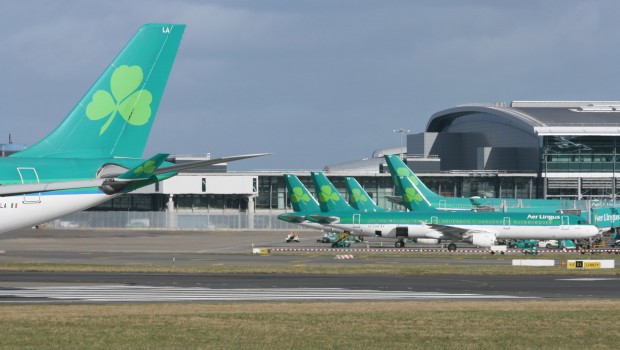 The proposed acquisition of Aer Lingus by International Consolidated Airlines Group (IAG) was notified to the European Commission on 27th May. The Commission has the duty to assess mergers and acquisitions involving companies with a turnover above certain thresholds (see Article 1 of the Merger Regulation) and to prevent concentrations that would significantly impede effective competition in the EEA or any substantial part of it.

The vast majority of mergers do not pose competition problems and are cleared after a routine review. From the moment a transaction is notified, the Commission generally has a total of 25 working days to decide whether to grant approval (Phase I) or to start an in-depth investigation (Phase II).

On 14th July, it was announced that Commission had cleared the proposed acquisition under the EU Merger Regulation. The clearance is conditional upon commitments offered by the parties to address the Commission’s concerns regarding the transaction as notified. The Commission had concerns that the merged entity would have faced insufficient competition on several routes. The Commission also found that the merged entity would have prevented Aer Lingus from continuing to provide traffic to the long-haul flights of competing airlines on several routes.

European Commissioner in charge of competition policy Margrethe Vestager said: “By obtaining significant concessions from the airlines the Commission has ensured that air passengers will continue to have a choice of airlines at competitive prices after IAG’s takeover of Aer Lingus. The five million passengers travelling each year from Dublin and Belfast to London will be able to choose among several strong carriers. And we are also protecting passengers travelling on connecting flights between Ireland and the rest of the world.”

The decision notes that International Consolidated Airlines Group (‘IAG’) is based in the United Kingdom and is the holding company of British Airways, Iberia Líneas Aéreas de España S.A. and Vueling Airlines S.A. Aer Lingus is based in Ireland is currently owned by a number of interests including the Government of the Republic of Ireland and Ryanair, a competing carrier. Other significant shareholders include Etihad Airways. Both IAG and Aer Lingus provide air transport for passengers, air transport for cargo, airport ground handling services and landside cargo handling services.

The clearance decision is conditional upon the following commitments, which address the Commission’s concerns:

The Commission’s investigation found that the transaction, as initially notified, would have led to high market shares on the Dublin–London, Belfast–London and Dublin–Chicago routes. The merged entity would have faced insufficient competitive constraints from the remaining players which could ultimately lead to higher prices.

The Commission also analysed whether there was a risk that IAG would prevent passengers flying on Aer Lingus’ short-haul flights, from Dublin, Cork, Shannon, Knock and Belfast, from connecting with long-haul flights operated by competing airlines out of other European airports, including Heathrow, Gatwick, Manchester, Dublin and Amsterdam.

IAG submitted commitments to release five daily slot pairs at London Gatwick which can be used on the specific routes of concern, namely Dublin–London and Belfast–London. The availability of these slots, and other incentives such as the acquisition of grandfathering rights after a certain period of time, facilitate the entry of competing airlines.

Furthermore, IAG made a commitment to enter into agreements with competing airlines which operate long-haul flights out of London Heathrow, London Gatwick, Manchester, Amsterdam, Shannon and Dublin so that Aer Lingus will continue to provide these airlines with connecting passengers. Passengers will therefore continue to have a choice to use other airlines than IAG when connecting at these airports, for instance on Heathrow–New York, Gatwick–Las Vegas, Manchester–Orlando, Amsterdam–Singapore, Shannon–Chicago, and Dublin–Chicago.

These commitments adequately address all competition concerns identified by the Commission. The Commission therefore concluded that the proposed transaction would not significantly impede effective competition in the European Economic Area (EEA) or a substantial part of it. Both Aer Lingus and the Minister for Transport, Tourism and Sport, Paschal Donohoe have welcomed the announcement.

The Commission informs us that the commitments offered by the Parties will be made available as of 16th July under the case number M.7541 and we will report further as this information comes to hand. An Extraordinary General Meeting (AGM) of Aer Lingus shareholders will be held at 10:00 on that day at the Crowne Plaza Hotel, Northwood Park, Northwood Avenue, Santry, Dublin 9 to approve the IAG offer ( see here).

One Response to EU Commission approves acquisition of Aer Lingus by IAG, subject to conditions