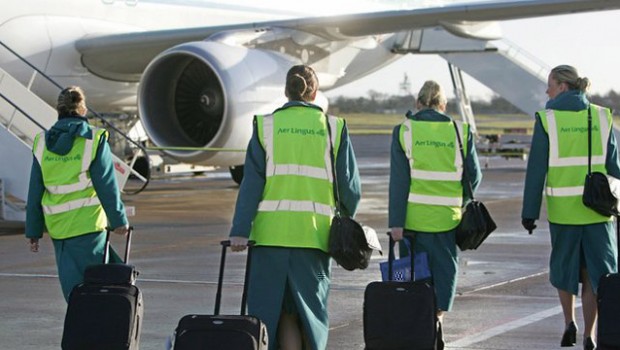 A ballot by IMPACT cabin crew members at Aer Lingus, on a set of rostering proposals put forward by the company, was passed by an overwhelming majority, at the end of June. A total of 89% voted in favour of accepting the proposals, put forward by Aer Lingus.

The IMPACT trade union, which represents most cabin crew, had issued ballot papers to members in May, for industrial action up to and including strike action, if Aer Lingus did not implement a trial 5/3 roster (‘five day on, three day off’), and what it called acceptable time off arrangements. The union was also opposing what it described as “the outsourcing of cabin crew work on the Shannon Boston route”. The “outsourcing” referred to was the lease in of a 210-seat 2-class Boeing 767 on an ACMI contract during the peak 12 weeks of the summer programme. The Boeing 767-224 (ER), N225AX, leased from Omni Air International, commenced operations for Aer Lingus on 8th June, operating the EI124, Boston – Shannon. The aircraft will operate the EI135/EI134 Shannon – Boston rotation until 29th August and EI135 Shannon – Boston on 30th August.

Earlier this year, the Labour Court had ruled that management did not have to introduce the 5/3 roster, as it would necessitate significant additional cost. Cabin crew were unhappy with that ruling and previously the rosters were the subject of a dispute and one day strike on the 2014 June bank holiday weekend. In a letter accompanying the ballot paper, IMPACT Assistant General Secretary Michael Landers and cabin crew representative Angela McNeela, said that the cabin crew needed to send Aer Lingus, a strong message that cannot be ignored, so that outstanding issues, “from last year’s strike” could be resolved. It added that they “will no longer tolerate disrespect” and “that only by voting for strike action will cabin crew get the company’s attention”. 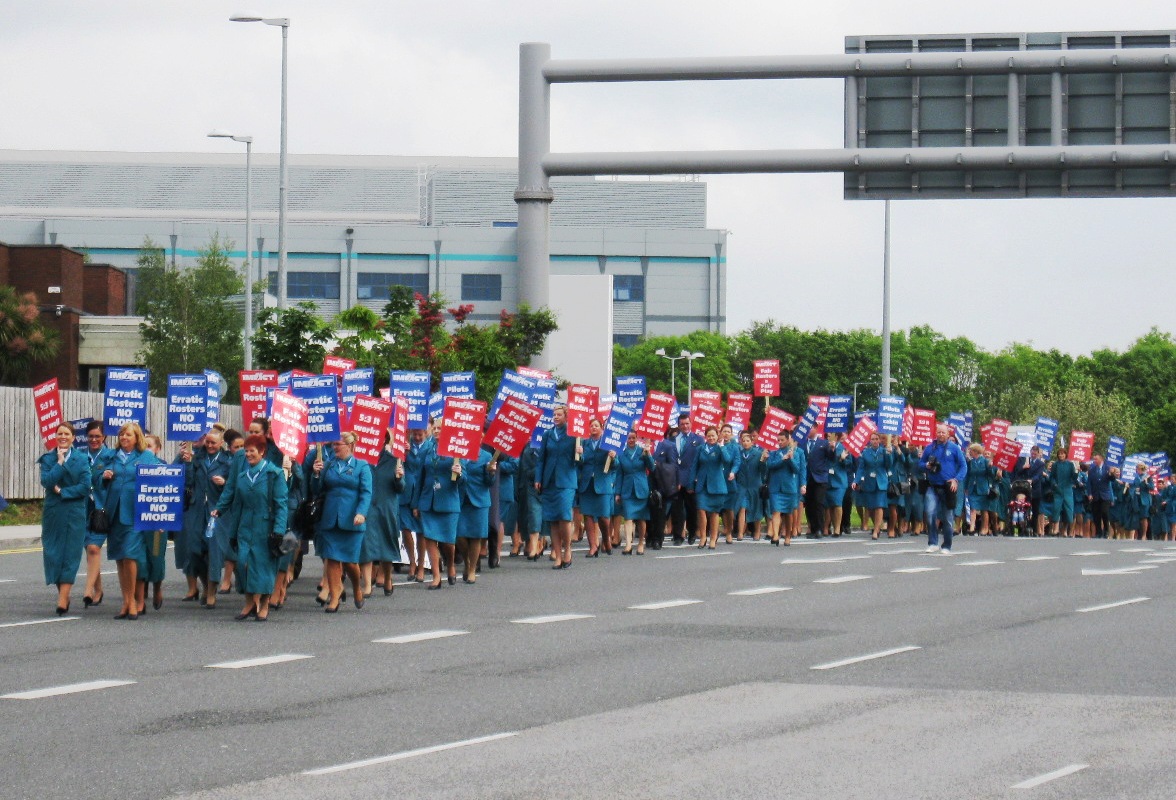 The new deal approved by the Aer Lingus cabin crew improves time off after transatlantic duties. Under the proposals, a number of changes are also to take effect on ratification of the agreement, including:

IMPACT national secretary Matt Staunton has informed Aer Lingus of the result and confirmed that the agreement is to commence with immediate effect.

Assistant general secretary Michael Landers commented, “We are happy with the outcome of the negotiations. It’s not everything we wanted but it’s a huge improvement on where we were. It has the potential to generate an even better outcome once the financial analysis is completed. It marks the first time in almost a decade that cabin crew have seen an improvement in their terms and conditions.”

The breakthrough comes as Aer Lingus announced what it described as “massive expansion for winter 2015”. There will be more choice and increased capacity on all direct US routes from Dublin this winter, while year-round US flights from Shannon, will also continue. This translates into a 13% increase in transatlantic capacity over last winter. It includes an extension of the Dublin-Washington route through to 4th January 2016, using a Boeing 757, as well as increased frequencies on services to New York JFK, Boston and Chicago. On the Dublin-JFK route there is a 5% increase in capacity, with the Dublin-Boston route having a 19% capacity increase, with a twice daily operation in November, December and March. During the same months, the Dublin-Chicago route will increase to ten services a week from daily, up 18% over last winter. There will also be additional flights from Dublin to San Francisco and Orlando over Christmas, mid-term and Easter.

On short haul, Aer Lingus will be offering over five million seats on its short haul network, a 5% increase on winter 2014/15. The highlight is the return of a Dublin – Liverpool route and increased capacity to 19 major UK airports, with up to six flights daily between Dublin and Birmingham/ Manchester. Dublin-Liverpool is an iconic route for Aer Lingus, having originally started the route on 14th September 1936. It operated the route continuously until 14th January 1990, when as a result of a Government decision to operate a two airline policy, it was forced to vacate the route in favour of Ryanair. It again operated the route for a period between 31st October 2004 and 25th June 2006.

In a statement on 21st May, Liverpool John Lennon Airport welcomed the new service due to commence on 23rd October. There will be 16 flights per week between Liverpool and Dublin using a 174 seat Airbus A320 aircraft. There will be a morning service operating daily except Sunday departing Dublin at 07:15, a daily evening service departing Dublin at 18:15 and an early afternoon service on Thursdays, Fridays and Sundays departing Dublin at 14:15. The flight times are ideal for Liverpool based passengers wanting to conduct a day’s business in Dublin, but it is the ability for customers travelling from Liverpool to seamlessly connect onto Aer Lingus flights to North America via Dublin airport that is also expected to prove popular. Onward flights are available to destinations including New York, Boston, Chicago, Washington, Orlando, San Francisco and Toronto, with the morning flight from Liverpool timed to enable convenient transfer times for passengers at Dublin Airport of as little as 75 minutes and can avail of the U.S. Customs and Border Protection Pre-clearance process in Dublin. 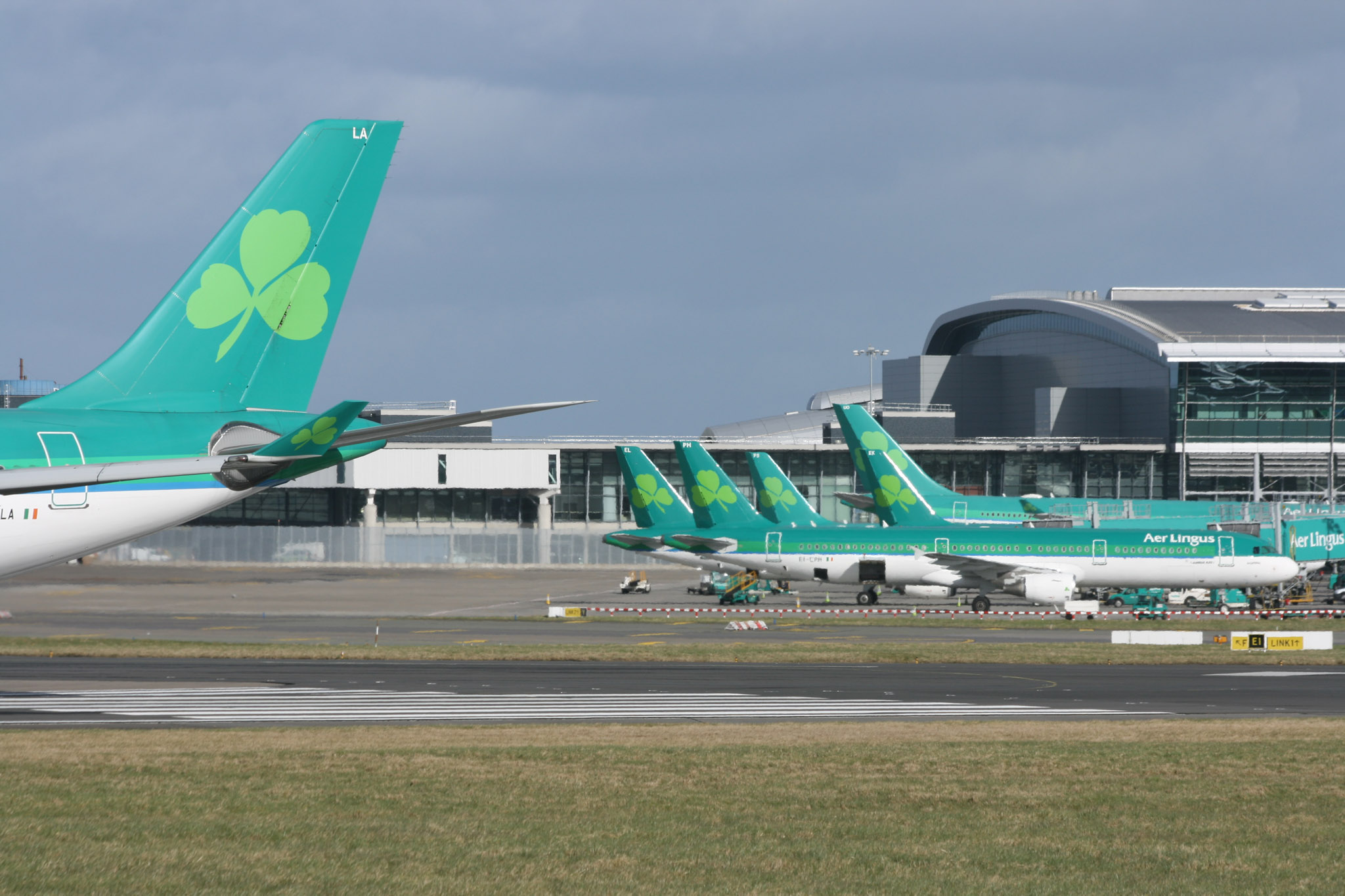 Outside of the UK, extra flights have been added in busy times for sun worshippers and ski lovers across Europe and beyond. There will be more flights to the Canary Islands and Morocco around Christmas, Mid-term and Easter, which will mean there’s a time to suit everyone. Zurich and Geneva flights have also increased frequency during the ski season. On schedules to key European business routes like Paris, Amsterdam and Brussels, these have been improved to suit passenger needs, with a 5% increase in capacity. As previously announced, the Dublin-Berlin route will be moving from Schonefeld to Tegel Airport, improving the passenger experience, while frequency is being increased to ten services a week, increasing seat capacity by 10%.

Overall, the Aer Lingus winter schedule sees an additional 275,000 seats being offered, which represents the largest growth to the winter schedule in the past ten years.

Aer Lingus may consider itself lucky to have secured agreement with IMPACT with its cabin crew, as UK airline easyJet, confirmed that it failed to reach agreement with Unite, the union representing its UK cabin crew. easyJet said it had increased pay by 4.1% for UK cabin crew and by 5.1% for cabin managers, over two years backdated to January 2015, in line with a deal it had tabled in the discussions. However, these measures failed to gain acceptance. Talks over a pay deal collapsed on 3rd July and Unite said that a ballot of its UK cabin crew will open on 14th July and close on 3rd August.

easyJet said it is “confident” that it will be able to run its full summer schedule, despite the threat of industrial action. The “majority” of its 3,500 cabin crew are not members of the union and it estimated that just one in five of its employees voted against the pay offer it made. It added that it wanted to reassure its passengers that there was no industrial action currently planned.

Unite pointed out ‘the glaring pay disparity’ between the average £25,000 (around €35,110) salary for cabin crew and the massive £6 million (€8.43 million) plus pocketed by the chief executive Carolyn McCall.