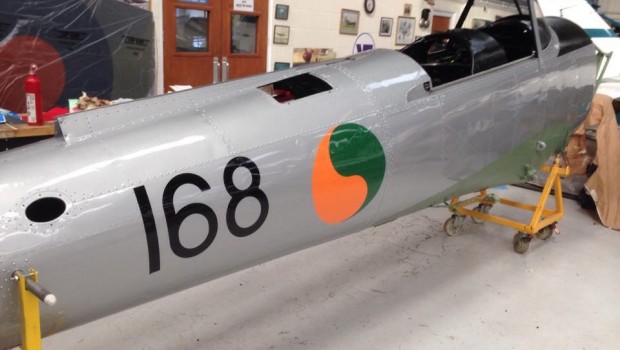 The Irish Historic Flight Foundation have released a photo of Chipmunk IAC 168 as it undergoes a rebuild. It is hoped that the aircraft will make its first post restoration flight shortly. 168 will join 169 and 170 that have been displaying on the airshow circuit for the last few years. All aircraft have now been transferred to the Irish civilian register as EI-HFA (168), EI-HFB (169) & EI-HFC (170).