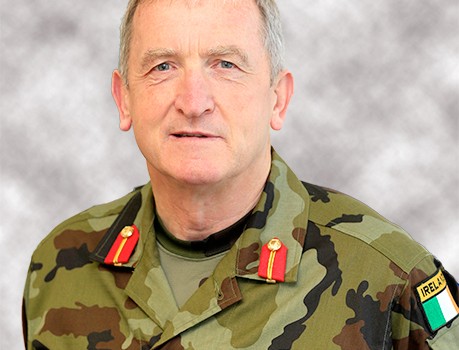 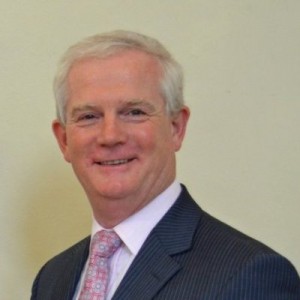 Major General Kieran Brennan was commissioned into the Infantry Corps in 1977 and has had a wide range of experience since then. He has instructed in the Military College, Defence Forces Training Centre and served as Battalion Commander of the Third Infantry Battalion in Stephens Barracks, Kilkenny. He has also served as the Director of Human Resource Management for the Defence Forces before taking command of 1 Brigade of the Army, headquartered in Collins Barracks, Cork, in 2014.

He has extensive overseas experience. He has served twice with United Nations Interim Force in Lebanon (UNIFIL) in 1982 and 1997. He served as Company Commander with the 28th Infantry Group as part of a KFOR Multinational Battalion in Kosovo in 2004. In 2008 Major General Brennan commanded the 98th Infantry Battalion with the EUFOR Mission in Chad and in 2010 he served as Deputy Military Advisor at the Permanent Mission to the Organisation for Security and Cooperation in Europe in Vienna. He is a native of Jenkinstown, Co Kilkenny. A former student of St Kieran’s College, Kilkenny he hails from a strong GAA family and has played hurling for Kilkenny at all levels. He won two All-Ireland senior hurling medals in 1982 and 1983, and was a GAA All Star in 1984. He is married to Maria and they have three children. Their daughter Karen is a national school teacher in Ashford, County Wicklow, and their sons Kieran and Shane are a Captain and Lieutenant respectively in the Army.

Speaking of the appointment, Minister Coveney said “I would like to take this opportunity to wish Major-General Brennan every success in his new role. He joins the senior management team within Defence at an exciting and challenging time as we finalise the new White Paper on Defence, which I plan to bring to Government shortly. I know he will make an important and significant contribution to the Defence Forces as Deputy Chief of Staff (Operations) and I look forward to working closely with him in this regard”.