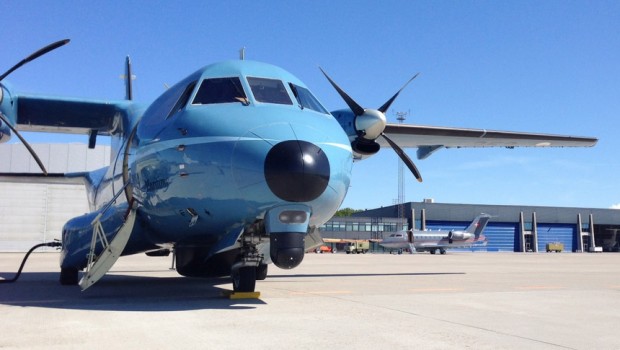 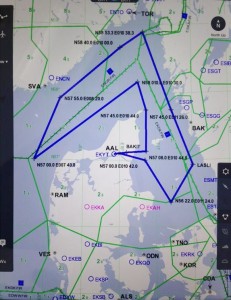 The Baltic Marine Environment Protection Commission, usually referred to as the Helsinki Commission (HELCOM), is the governing body of the Convention on the Protection of the Marine Environment of the Baltic Sea Area. The Contracting Parties are Denmark, Estonia, the European Union, Finland, Germany, Latvia, Lithuania, Poland, Russia and Sweden. Its member states carry out several cross-border surveillance operations annually. CEPCO flights (Mini CEPCO at least 12 hours; CEPCO at least 24 hours; Super CEPCO several days) contribute to the Baltic Sea marine protection according to HELCOM’s principles. The operation supports national aerial surveillance by detecting polluters who might not be otherwise identified. The intensity of CEPCOs enables a realistic estimation of the total number of oil spills, over the Baltic Sea, during a randomly selected time. In addition, helicopters and patrol vessels support the operation and the EMSA CleanSeaNet (a European satellite-based oil spill and vessel detection service) service enable bigger area coverage and optimise the flights effectiveness.

An Air Corps CASA CN-235, with members of 101 ‘Surveillance and Airlift’ Squadron, joined crews from Denmark, Finland, Germany, Norway and Sweden to participate in the 2015 Super CEPCO – Coordinated Extended Pollution Control Operation – which took place from 9th to 11th June. 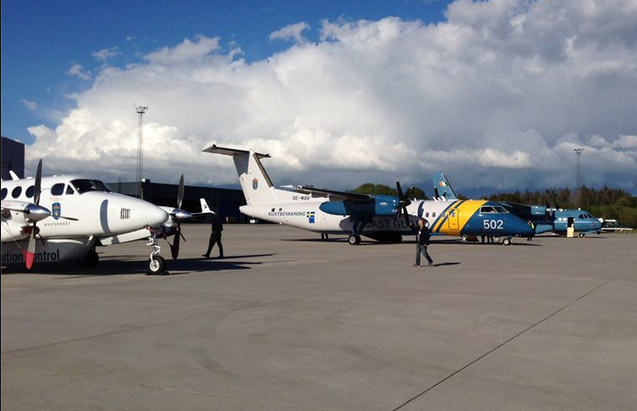 Danish Defence Command Air Station Aalborg was the base for the 62,000 km² (23,938 square miles) operational area over Skagerrak and Kattegat involving 42 total flight hours. This co-ordinated assignment is a regular biannual effort of the HELCOM member states, and was conducted jointly with the Bonn Agreement contracting parties and with the Danish Defence Command. The Bonn Agreement is the mechanism by which nine governments of the Greater North Sea and its wider approaches, together with EU, cooperate in dealing with pollution of the North Sea, by oil and other harmful substances. The signatories to the Agreement are Belgium, Denmark, France, Germany, Ireland, Netherlands, Norway, Sweden, United Kingdom and the EU. 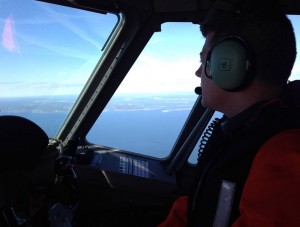 Super Cepco 2015 from the cockpit

The purpose of the operation is to continuously survey a selected area where there is a high probability of illegal discharges, to identify, record, document and report the detected pollutions and polluters and to improve co-operation between participating HELCOM and Bonn Agreement Contracting Parties. The operation resulted in only one observation of a minor discharge of vegetable oil and another spot of an unknown substance detected.

High-intensity operations like CEPCO, supplement the regular day-to-day aerial control operations in the region, which aim at creating a realistic picture of the level of compliance to the anti-pollution regulations in the Baltic area. Since the timing of the HELCOM CEPCOs are randomly selected, the operation is intense and strictly confidential until the entire operation is over, the results are assumed to reflect the realistic situation of discharges in the Baltic Sea. 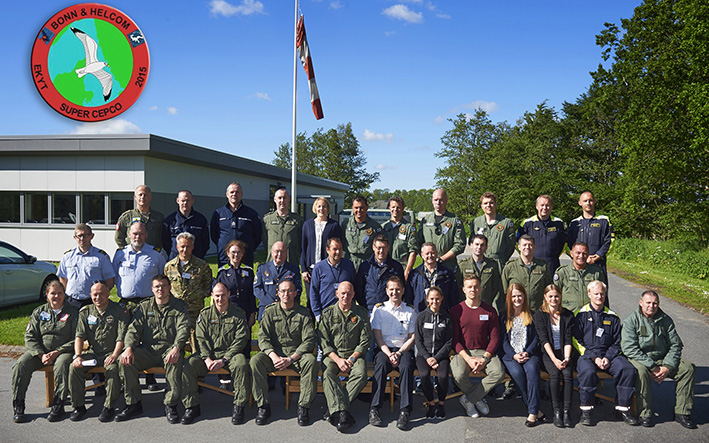 Ireland’s involvement in 2015 Super CEPCO provided an opportunity for the Air Corps to participate in a multinational operation and to learn from crews across Europe.

The roles of 101 ‘Surveillance and Airlift’ Squadron

101 ‘Surveillance and Airlift’ Squadron is part No. 1 Operations Wing and carries out all fixed wing tasks and operations assigned to the Air Corps. Its main role is inshore and offshore Maritime patrol and its two Casa CN 235 Maritime Patrol Aircraft, provide an aerial platform for patrolling the Irish Economic Zone, an area of approximately 132,000 square miles (341,878 km²), or 16% of the total EU sea fisheries. These are however, multi purpose aircraft, and operate in a variety of other roles including Search and Rescue top cover, Parachuting operations, Military transport and occasionally assisting the Ministerial Air Transport Service.

Video provided by the Air Corps, together with a report from the Irish Independent (see here) shows a typical SAR top cover for a Coast Guard medical evacuation operation of an injured fisherman from a vessel approximately 100 nautical miles South West of Kinsale on 29th April. In another video taken on 20th March, an Air Corps CASA crew were joined by a team of scientists from the School of Physics in Trinity College, led by Professor Peter Gallagher on a routine high level maritime patrol during a solar eclipse. Flying at an altitude of 3,965 metres (13,000ft), within the path of totality, the scientific team were able to use their specialist equipment to gather new data from the unique event, through the open window of the maritime patrol aircraft.