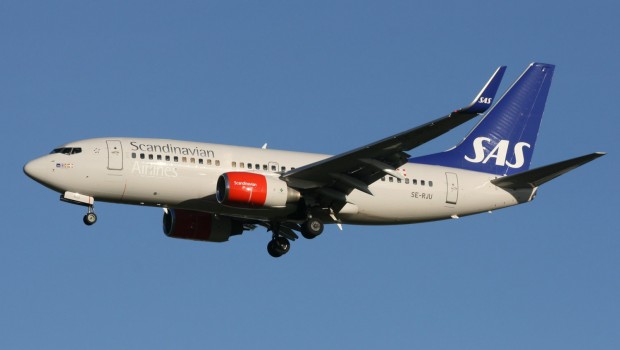 On 1st April, SAS launched its 2015 summer timetable with a number of new destinations from Scandinavia. Eleven new routes were launched, adding to the more than 100 new routes launched over the past two years. In addition, many popular summer destinations have returned for the 2015 season. The timetable was gradually introduced from 29th March.

The new routes are from the airlines main Scandinavian hubs and regional airports such as Gothenburg and Bergen. From Sweden, new routes to Budapest, Riga, and Faro have already been introduced, while Ankara follows on 2nd July. A Gothenburg – Alanya (Gazipasa) route will be added on 1st July. Summer routes re-commencing are from Stockholm to Chania, Cagliari, Olbia, Biarritz, Palermo, Pisa, Pristina and Bristol, Bodø to Pula, Bologna, Milan and Alanya and from Gothenburg to Pula, Nice, Athens, Pristina, Alicante, and Palma de Mallorca. A new Gothenburg – Dublin route (SAS2563/4), announced last November, commenced on Saturday 11th April, with Boeing 737-7BX, SE-RES, operating the initial weekly service. It departs Gothenburg at 06:30 arriving in Dublin at 07:45. It departs Dublin at 08:25, arriving back in Gothenburg at 11:40. A second service on Wednesdays will operate from 28th June until 15th August, with slightly later timings (08:30/09:45- 10:25/13:40). The service will then revert back to once a week, until the end of summer season, in late October. This service joins the existing Stockholm – Dublin service which operates at a basic daily frequency, using flight numbers SAS536/7 and SAS2536/7 although at different times on different days of the week, mainly with Boeing 737s. 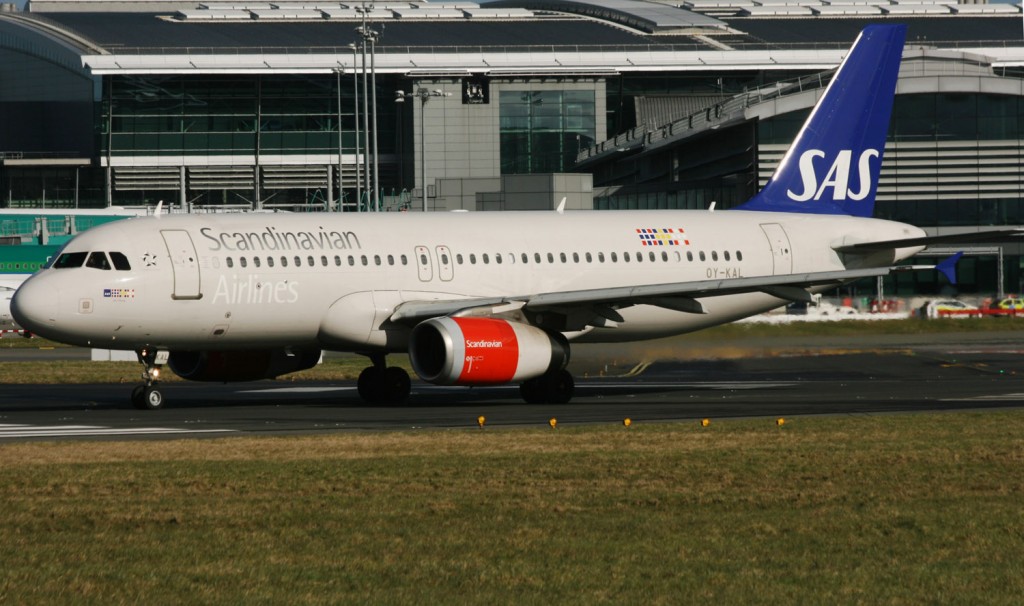 From its Copenhagen hub in Denmark, a new route to Edinburgh has already commenced, while Ankara follows on 6th June. Summer routes re-commencing are from Copenhagen to Dubrovnik, Split, Pula, Montpellier, Biarritz, Chania, Thessaloniki, Palermo, Naples, Pisa, Gazipasa, and Alicante and from Billund to Gazipasa in Turkey. The SAS Copenhagen-Dublin operation is quite complex, with numerous variations through the summer. Essentially it has a four per week morning service, with flights on Mondays, Tuesdays, Fridays and Sundays, (SAS537/8) up to 11th August. A Saturday early afternoon service is operated by a Blue 1 Boeing 717, although the timetable also shows an Airbus A320 on certain dates. That service, the SAS2537/8, also operates on other days but at various frequencies on different dates. The morning service increases to daily except Sunday from 12th August and there are variations to the later services which also operates daily. The early afternoon Saturday service does not appear to operate, but there is a similar operation on Sundays. From September, the schedule again changes although similar times and types vary with a mixture of A319s, A320s and A321s. 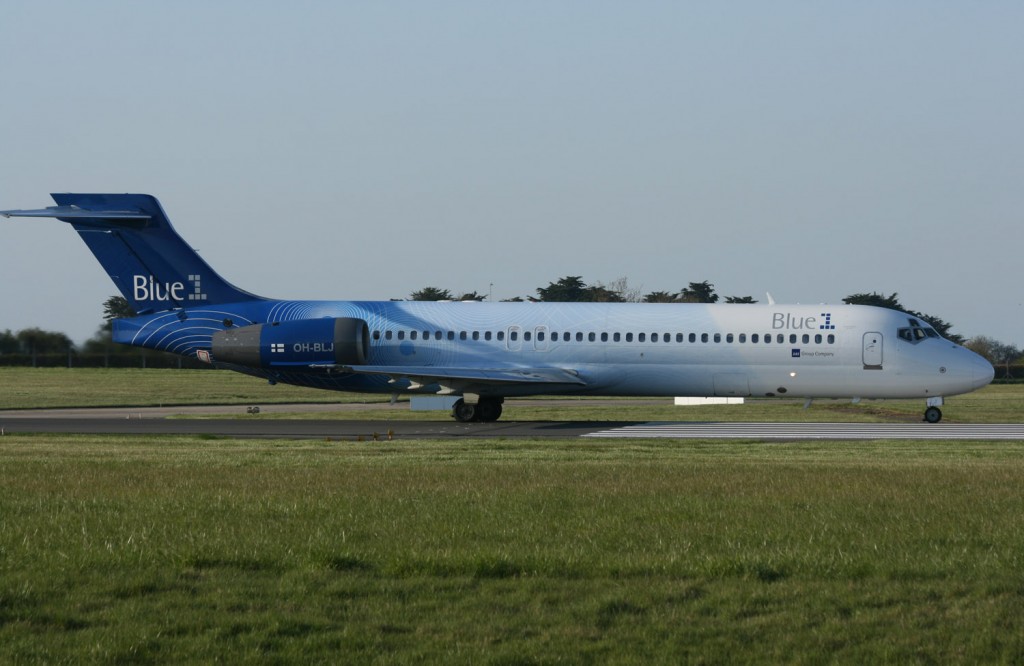 New services from Norway are Bergen – Gothenburg, introduced on 30th March and Oslo – Salzburg, which has its first departure on 23rd May. Norwegian summer routes re-commencing are from Oslo to Dubrovnik, Pula, Olbia, Pisa, Palermo, and Pristina, from Trondheim to Malaga and Barcelona, from Bergen to Split, Dubrovnik, Nice, Malaga, Barcelona, and Alanya (Gazipasa), from Stavanger to Split, Nice, Malaga, Barcelona, and Alanya (Gazipasa) and finally from Kristiansand to Split. The only Irish service to Norway is Oslo-Dublin (SAS4603/4), which operates four times a week, operated by Boeing 737s, up from twice weekly last year.

SAS faces competition on its Scandinavian services to Dublin. Both Oslo and Copenhagen are served by Norwegian Air Shuttle which operates at three per week frequencies, with Boeing 737-800s. It also serves Helsinki-Dublin in competition with Finnair. Oslo (Rygge) is also served by Ryanair at a daily frequency (FR856/7) while they also serve Copenhagen daily (FR632/3) as does Aer Lingus (EI624/56/7).

As part of an ongoing upgrade, SAS is updating its long haul fleet with a new design; new seats, new entertainment system and onboard WiFi intended to give SAS customers a totally new travel experience on long haul flights. For a behind the scenes look, see the video below. The first updated aircraft, Airbus A330-300, LN-RKN, operated the SK909 (Copenhagen – Newark) on 18th February, following its upgrade with the new long haul cabin. This was the starting point for SAS’s long haul fleet investment and seven existing aircraft will be upgraded as well as all new aircraft.

SAS is also updating its app to support the recently launched Apple Watch to enable its customers to utilise the latest technology as soon as the Apple Watch becomes available on the market. In practical terms, this update means that activities carried out on a phone will also be displayed on the Apple Watch. SAS has also increased the number of digital newspapers available to download on its app. A variety of national and international newspapers are available to download from the SAS Newsstand up to 22 hours before departure. SAS is also partnering with ©Readly that will enable SAS EuroBonus members to access their huge range of publications from that app. This is part of the numerous digital services SAS now offers to its customers, before and during their trip and as SAS customers are becoming increasingly digital, the airline is continuously developing its app to meet their needs.

SAS completes the acquisition of Cimber

Earlier this year, SAS completed the acquisition of Cimber A/S having announced on 8th December 2014, when it had agreed to acquire 100% of the shares in Cimber, in a transaction that was valued at 20 million Danish Kroner (around €2.68 million). The Danish Competition and Consumer Authority approved the acquisition and the remaining terms of the agreement have also been met. SAS appointed Kent Hansen, formally of the Danish Transport Authority (where he was Head of Division at the Centre for Aviation), as the new president of the airline with effect from 1st March. 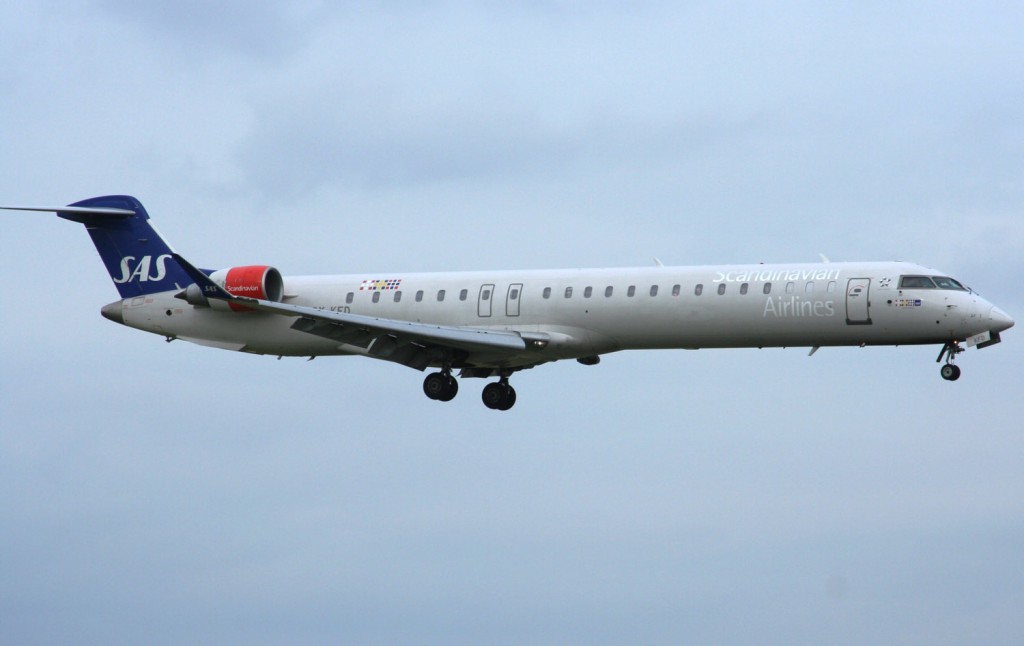 SAS President and CEO Rickard Gustafson said that they looked forward to making rapid progress in establishing Cimber as an efficient airline, specialising in regional air traffic. The aim was now to build a simple, focused and flexible organisation, that is able to deliver SAS’s well-known product to its customers, he added. Following the acquisition of Cimber, its fleet, consisting of an ATR 72 and five CRJ200s were phased out in favour of twelve CRJ-900s transferred from SAS which will allow a more focused and flexible operation to be achieved. While there were suggestions that SAS would rename Cimber to Red 1, this has yet to take place.