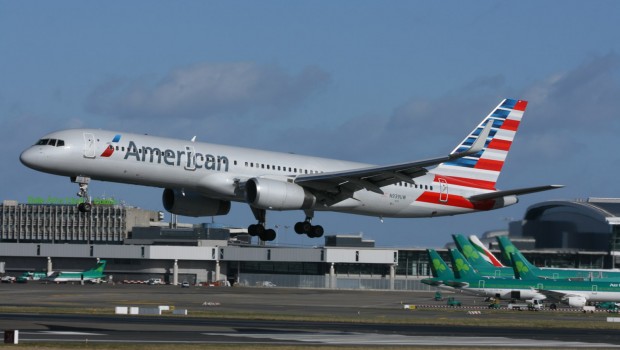 Since American and US Airways merged in December 2013, the airline has been making steady integration progress, including inducting US Airways into the oneworld alliance, merging separate frequent flyer programs into the single AAdvantage™ program and reaching five-year joint collective bargaining agreements with its pilots and flight attendants. This culminated with Federal Aviation Administration (FAA) approval for American and US Airways, to operate under a single operating certificate, on 8th April. The months of hard work aligning the carriers’ operating policies and procedures by team of more than 700 employees, had finally allowed most flight operations, maintenance and dispatch procedures, to be identical for all flights. More than 110,000 employees completed hundreds of thousands of hours of training, in multiple phases, and more than 115,000 pages on policies and procedures, were published. 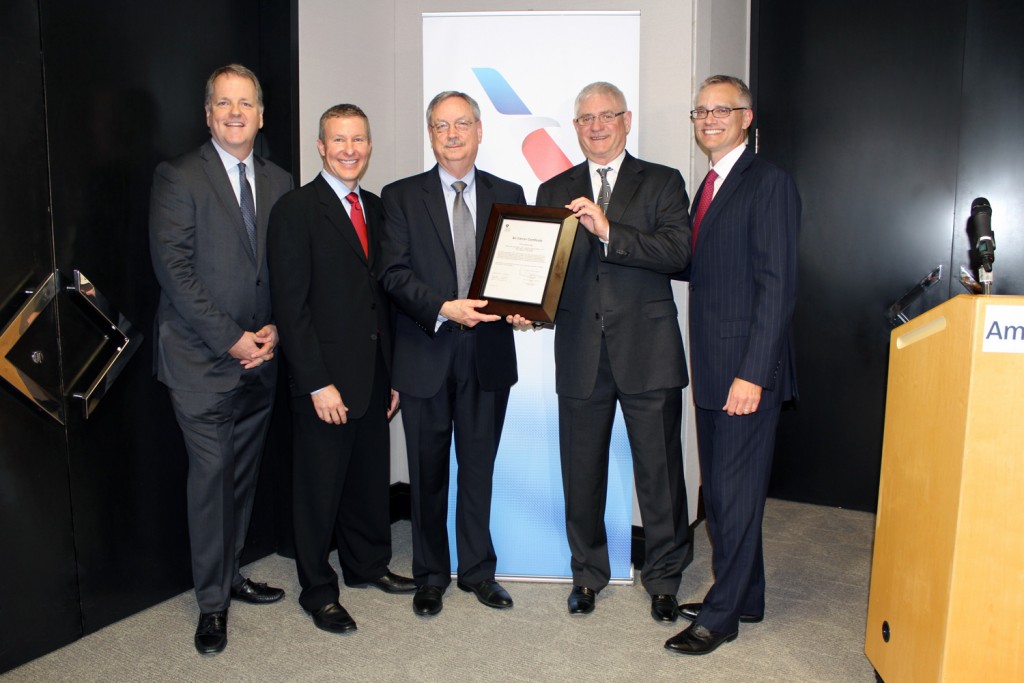 FAA approval for American and US Airways, to operate under a single operating certificate came on 8th April

While all air traffic control communications now refer to all American and US Airways flights with the call sign ‘American’, customers will continue to check in for their flights on aa.com, usairways.com, or at American or US Airways ticket counters, until American moves to a single reservations system. From July, American will transfer about 10% of reservations booked on US Airways Hewlett-Packard-run platform, to American’s existing reservations platform run by Sabre. The move will set in motion a transfer of the remaining US Airways reservations to American over about 90 days, the company said. Passengers, who try to book on the US Airways website after the 90 days, will be redirected to American’s website. Customers already ticketed on US Airways for July and beyond, will receive an email with a new, American flight code. To finish integrating the two airlines, American must reach joint collective bargaining agreements with several more work groups and combine technical systems related to flight movement and dispatch. In a visual sign of the continuing integration, an increasing number of the US Airways fleet are appearing in American’s colours. See video below promoting the merged carrier.

American’s daily Chicago-Dublin service, the AAL92/3, operated by Boeing 767-300 (ER) equipment, resumed service for the summer, on the 7th May. N357AA operated the first service, which had been suspended for winter 2014/15. The daily JFK-Dublin route (AAL290/291), was also suspended for the winter and operates for the full summer, at a daily frequency. It is also operated by Boeing 767-300 (ER)s, whereas last year Boeing 757s were used. 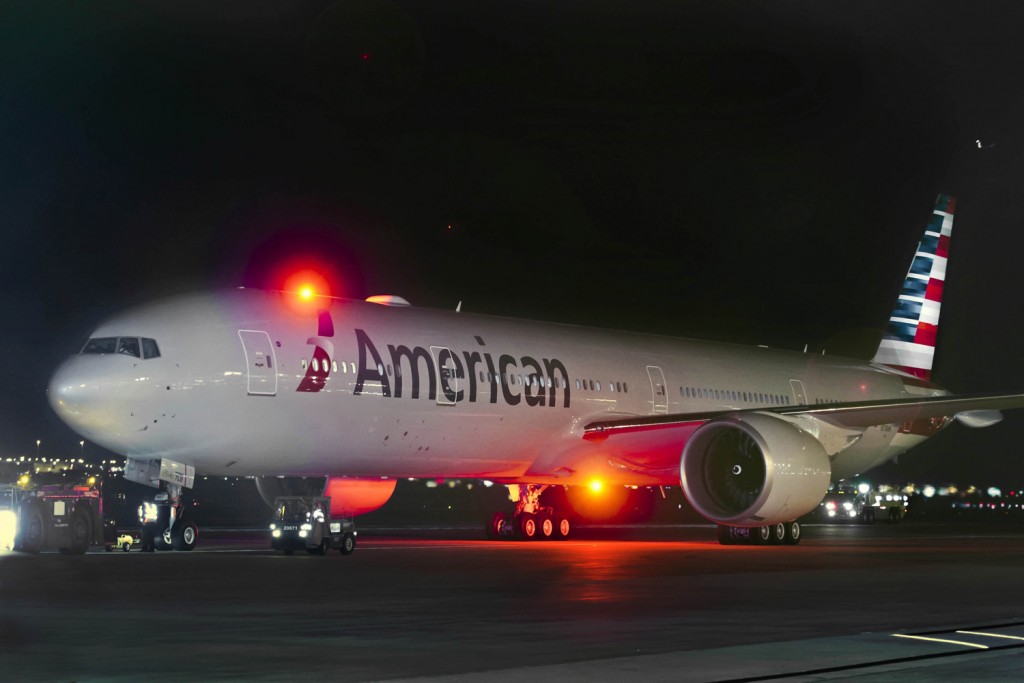 With the integration of US Airways into American Airlines, the former US Airways’ daily Philadelphia – Dublin service, operated by Airbus A330-200 equipment, now uses the flight numbers AAL722/723. A seasonal Charlotte – Dublin route, the AAL724/5, also commenced on 7th May, with N280AY, an Airbus A330-243, operating the first service. Airbus A330-200s will be used on this service, where Boeing 757s were used previously.

7th May also saw the return of the seasonal Philadelphia-Shannon service. The daily service, which operated at Shannon since its return in 2013 under the US Airways brand, this year as the AA776/7, will have a 58% increase in capacity as the airline looks to build on the growing demand for flights between Shannon and its Philadelphia hub. While Boeing 757s are being used similar to last year, the service is operating daily this year until mid-October, delivering an additional 114 flights in comparison to last year.

Last month the American Airlines Group Inc. reported its first quarter (Q1) 2015 results, which showed record GAAP net profit of $932 million (around €814.19 million), or $1.30 (€1.14) per diluted share. This was a $452 million (around €394.86 million) improvement, versus first quarter 2014. GAAP net profit was $480 million (around €419.32 million), or $0.65 (€0.57) per diluted share. GAAP (Generally Accepted Accounting Principles) is a framework of accounting standards, rules and procedures defined by the professional accounting industry, which has been adopted by nearly all publicly traded U.S. companies.

American said a strong US dollar, competitive capacity growth and economic softness in Latin America caused a revenue fall of 1.7% year-over-year to $9.8 billion (around €8.56 billion). Passenger unit revenue declined 1.7%. Total operating expenses in the first quarter was $8.6 billion (around €7.51 billion), a decrease of 7.1% compared to the first quarter 2014, due primarily to a 42.2% decrease in consolidated fuel expense. The airline does not hedge fuel so its expenses benefited fully from that oil price decline. Unit costs excluding fuel and special charges related to its mainline fleet were up 5.8%. 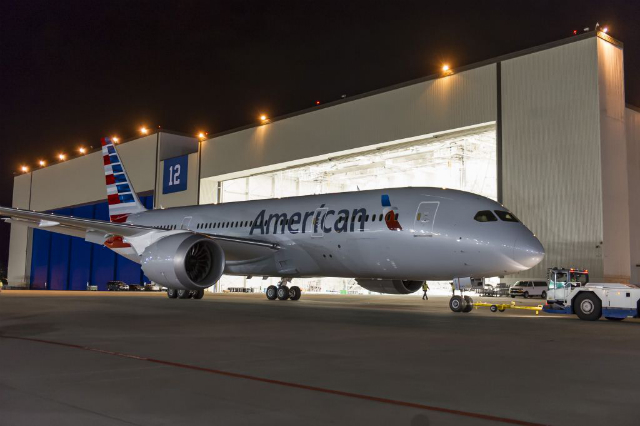 It also achieved several critical integration milestones during the quarter, including as noted above, a combined frequent flyer program and recalibration of the schedule at the Company’s hubs at Chicago O’Hare and Dallas/Fort Worth. More recently, on 7th May American introduced its first Boeing 787-8 between its Dallas/Fort Worth and Chicago O’Hare. Flight AA2320, operated by N801AC is one of five that American has taken delivery of since January. It was delivered in February and is the latest in a string of new aircraft types at the airline.