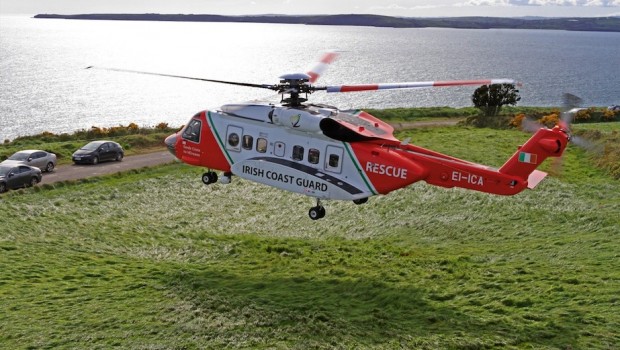 Words and Photos by Gabriel Desmond

To commemorate the 100th anniversary of the sinking of the RMS Lusitania by a German U-boat off the Cork coast events were held at Cobh and Old Head of Kinsale. President Michael D Higgins led the major event at Cobh which was visited by Irish Coast Guard helicopters from Shannon and Waterford.

At Old Head Sikorsky S92 EI-ICA from Shannon landed for the duration of the event which involved the unveiling of a memorial to the 1198 victims by Simon Coveney, Minister for Agriculture, Food, the Marine & Defence, and the opening of the newly-restored 200 year old Signal Tower as a Museum. The Irish Naval Vessel LE Orla and the Courtmacsherry RNLI lifeboat attended just offshore. A large crowd were present on a day of glorious sunshine, similar to that on the day of the 1915 tragedy.

The helicopter was open for public inspection and later flew Minister Coveney, accompanied by Chris Reynolds, Director of the Irish Coast Guard to the Lusitania wreck site, 18km out to sea, to lay a wreath in memory of those who lost their lives. On departure to Shannon the Sikorsky made a spirited flyby of the Old Head.

It was a busy day for the Coast Guard in Cork as the Waterford helicopter later flew a patient from Tallow to Bishopstown for nearby Cork University Hospital. 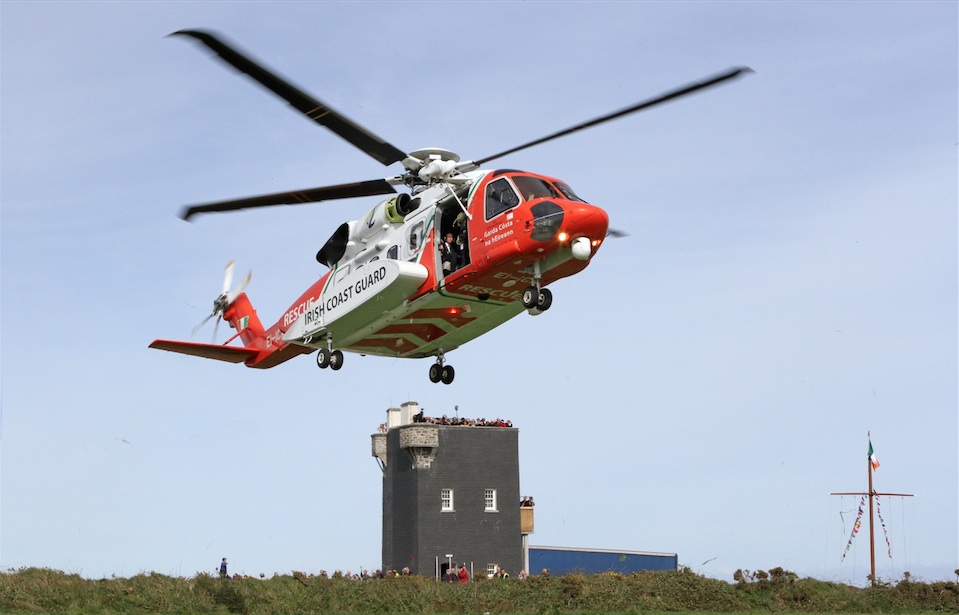 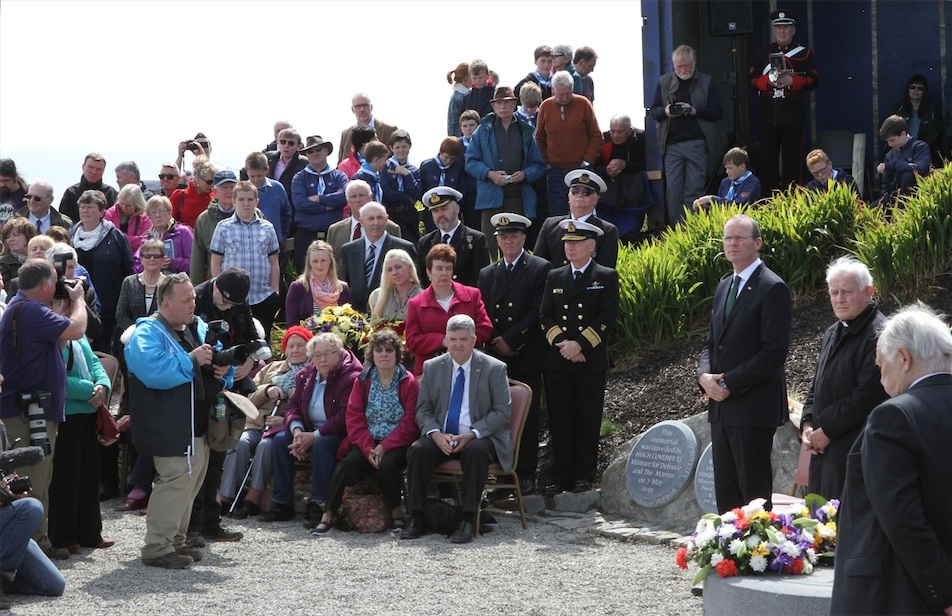 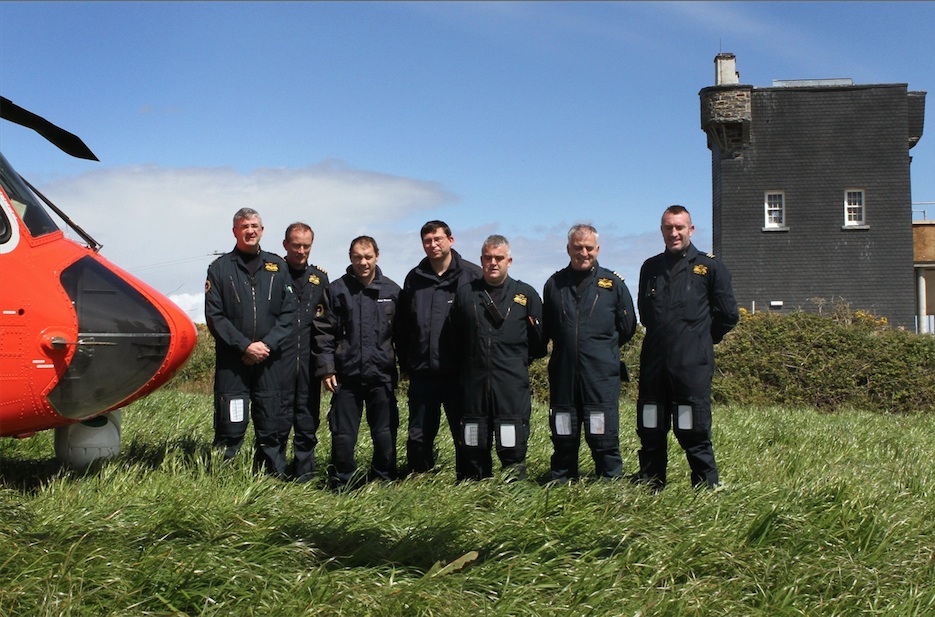 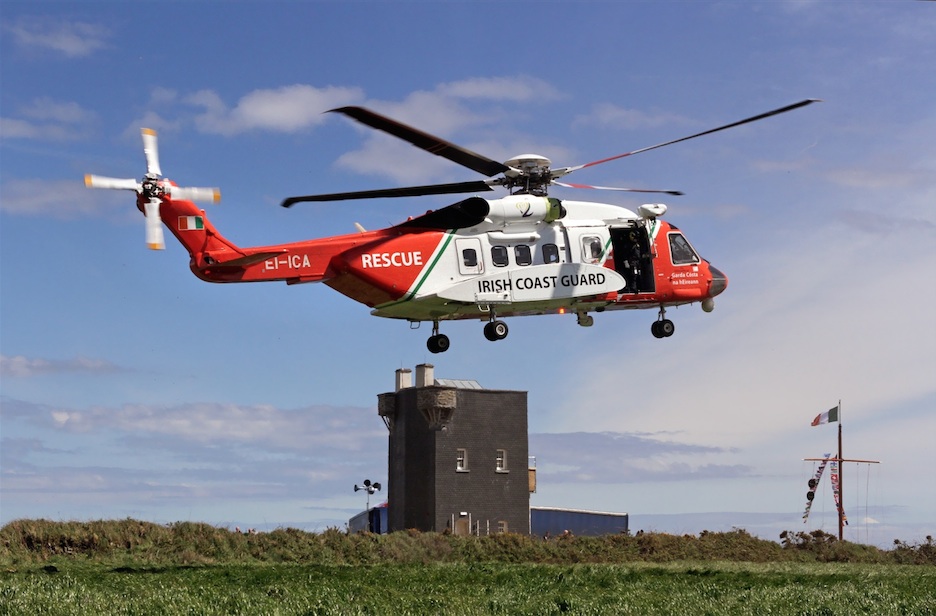