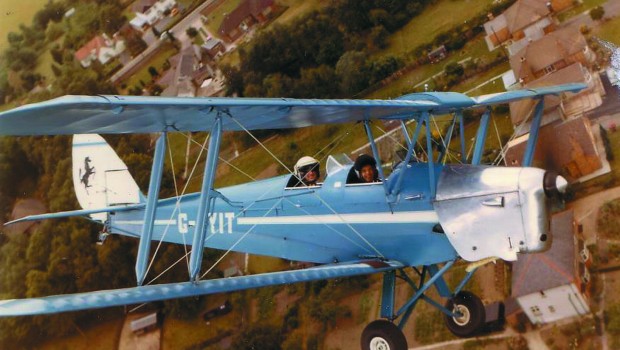 It was another beautiful summer’s day, half a century ago. High pressure was in charge, winds were light and with some 55 hours under my belt I was taking my friend Jim on my second trip to the Isle of Man, 45nm from Newtownards. The Ulster Flying Club Victa was no rocketship and the warm day didn’t help the climb rate, but we made 3000ft as we neared the coast.

The heat haze had reduced vis to about 6 miles or less, but as we coasted out the horizon disappeared as sky and sea blended into an azure bowl. Suspended in its centre, it was hard to say which way was up, still less direction. I concentrated on instruments, trim for 100kt at 2300 rpm, heading 135, wings level, ball centred, remember to slave the DI every 10 minutes … the concentration made beads of sweat run down my collar, and Jim wisely kept silent. The misty outline of Port Erin came into view just one minute before ETA, and the UFC’s great friend Theo the approach radar controller helpfully offered a steer and distance to run. After that the arrival was easy, although the flight home required another 15 minutes on instruments.

Fortunately for me and Jim, I was prepared for these conditions. My instructor Desmond had flown Catalinas from Lough Erne in WW2, later serving as an instructor at Cranwell, and insisted on a few hours under the hood and a flying test before I could venture over the Irish Sea. Being caught in bad weather was bad enough, he said, but the heat-haze could be just as dangerous. And never trust the black box, use it as backup but flight-plan and keep a proper log as well. (In those days the VHF didn’t always work well, there was no DME, no IMC rating and very little controlled airspace.)

Years later I acquired a Tiger Moth and joined the Barnstormers display team, which meant frequent trips across the water. I prepared for this by climbing into cloud at 2500ft and teaching myself to fly on the Tiger’s limited panel. (I stress that airspace in those days was all but empty. I even flew the non-radio Tiger to Paris for a week… happy days when one could do such things). On one occasion a climbing turn went wrong and I fell out of cloud to find the ground over my left shoulder, but eventually I could fly simple manoeuvres with ease.

In 1971 the Barnstormers gave their display at Newtownards and five of us arranged Customs at Dublin Airport before continuing to Gowran Grange. Of these, only two had radio so the rest hung on tight, landing at Dublin in tight formation with leader doing the RT. The radar trace must have resembled a 747 approaching at 60 knots and when we booked in we were gently scolded by ATC: “You never told us you were landing in a swarm”. 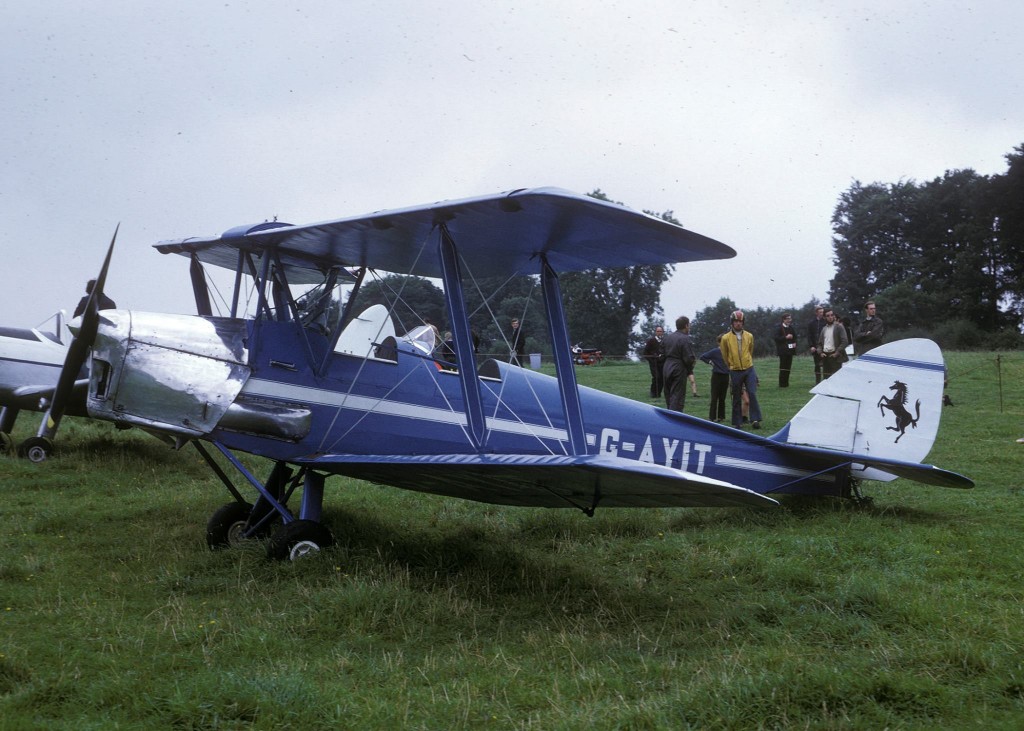 Our display at Gowran was a great success and next day I flew home in the misty haze, staying well out to sea to avoid the Dublin CTZ and the Mountains of Mourne. That night I heard one of my Barnstormer colleagues had become disorientated and flown into the sea off Anglesey. Fortunately he was saved by an SAR helo which was on a training sortie close by, though G-AHRC was lost forever.

When I came to do my IR at Oxford a decade later, limited panel was the easy bit. Dear Desmond has long since made his last climb into the heavens, and it’s many years since I last flew as P1, but I’ll never forget his lessons on the basics.

Tags: Gowran Grange, I learned about flying from that, ILAFFT, Tiger Moth