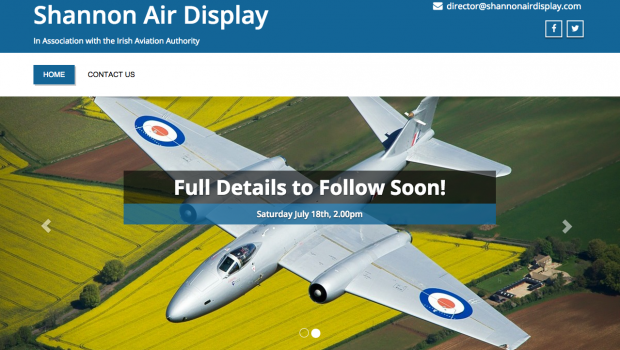 An Air Display will take place on July 18th at Shannon Airport to celebrate the Airports 70th Anniversary. The display schedule is a tightly guarded secret at the moment but we’re hearing rumours there’s an impressive line up. We’ll have more details as they’re announced but you can be sure it’s one for the diary. The Bray Air Spectacular will take place the following day so it’s looking like a great aviation weekend for the country.