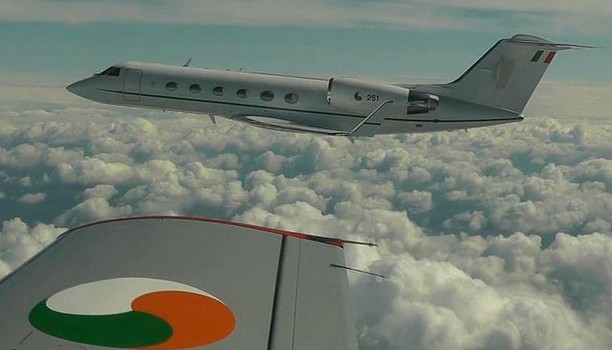 Attempts to clarify the current status of the Air Corps Gulfstream IV, ‘251’ which remains grounded at the Gulf Aerospace Corporation facility in Georgia after “issues were discovered with the undercarriage” during scheduled annual maintenance were declined by the Department of Defence who referred us to a Dáil reply to question 115 of 14th October 2014. The substance of the reply was that the Department was “in consultation with Gulfstream in relation to this situation” It concluded “bring a memorandum to Cabinet on this matter in due course”. Although a department spokesperson denied reports circulating that the aircraft had been scrapped, the department was not prepared to issue a formal statement confirming this or indeed if and how any disposal process for this aircraft would be handled.