Ireland West Airport has an opportunity for a Student Air Traffic Control Officer. On successful completion of all the stages

Air Traffic Controllers are responsible for the safe, orderly and expeditious movement of air traffic on and in the vicinity 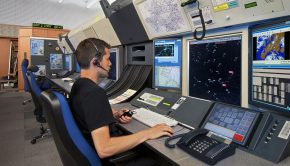 The Irish Aviation Authority (IAA) have just opened the application process for the Student Controller Programme. An Air Traffic Controller