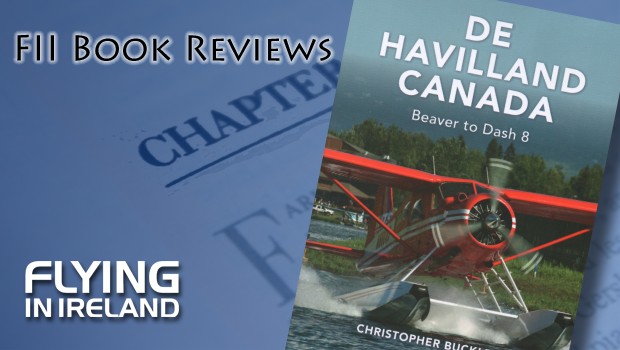 Quite a number of my favourite and most memorable flights have been in DHC aircraft: making a swift return to land in a Chipmunk when the engine went bang just after take-off from Ards, splashing through the shallows to land on the cockle strand at Barra in a Loganair Twin Otter, taking off and landing on somewhat deeper water in Beaver, Otter and Twin Otter floatplanes in British Columbia, a rather hairy crosswind landing in a Brymon Dash 7 at Newquay and my first visit to LCY in the jump seat of a JEA Dash 8.

Accordingly, I was very receptive to being charmed by a book dedicated to these wonderful aircraft (minus the Chippie as explained by the author on page 6). I was not disappointed, the excellent range of photos is really well reproduced on good quality paper, with potted histories of the individual aircraft depicted in extended captions. This is not just a picture book, however, as the main body of the text is succinct, well-written and interesting.

There are many fascinating snippets of information: there are over 800 Beavers still flying (almost half the number built) despite production having finished in 1967, Harrison Ford is the happy owner of one, an eBeaver is under development. The Otter is a ‘one ton truck’ compared to the half-ton Beaver. It is a common factor for both types that many have been re-engined with turbo props and the basic airframe is so sturdy that a rebuild and complete restoration is common after an accident that would have finished off another less durable type. Do not miss the priceless Otter story on page 41.

The Caribou and Buffalo are Vietnam War veterans, while one Buffalo, serving NASA, had its engines replaced by four turbofans and landed on the deck of USS Kitty Hawk in 1980!

Twotter fans should go on Facebook and search for the terrific photo journals made by pilot, Ian Potten, in Antarctica with the Arctic Survey and heading north for the Arctic winter. The author notes that Twin Otters have flown in 90 countries for 300 operators.

The Dash 7 was instrumental in proving the audacious concept of London City Airport, moreover, its incredible STOL performance meant that it could actually operate from taxiways at major airports.

The Dash 8 in its four variants was the first DHC regional airliner that could hold its own with nearly all competitors. The 400 was really almost a new aircraft compared to the 100, 200 and 300, being larger, faster and more powerful – and could fly 25 times higher and nearly four times faster than a Beaver floatplane!

The only adverse word I have ever heard about any of them was from a veteran pilot with Flybe, who felt that the Dash 8 was an ‘accountant’s aeroplane’ rather than a ‘pilot’s aeroplane.’ By contrast, the chief Flybe engineer in Exeter could not praise it enough.

Nearly 5000 of all these rugged, dependable and seemingly timeless types have been produced by DHC (and its different owners) and as the author states, ‘the objective of this book has been to give a flavour of de Havilland’s charismatic, very diverse family of aircraft.’ In this he wholly succeeds.

Have I any quibbles? An index would have been nice and the list price of £30 seems a little steep. Shop around would be my advice, e.g. on the Pen & Sword website it is on offer at £24.

So, in summary, a really engaging, informative and enjoyable read – a must for DHC fans.