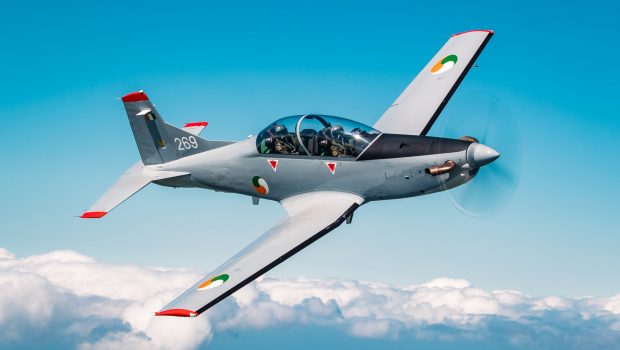 The RAF Cosford Airshow returned this weekend after a 3-year hiatus due to Covid-19. Working alongside Ironbird photography and flying in the Cessna 208 Caravan G-EELS, a Royal Air Force photographer captured a number of arriving aircraft including Irish Air Corps Pilatus PC-9M ‘269’ that was on static display for the weekend. These two air-to-air photos of ‘269’ have been released by the RAF.