Ei Electronics have announced that they will continue their support for the Shannon Aviation Museum. Ei Electronics previously contributed towards renovations to the museum in 2019 and will now assist with additional funding as a new extension to the facility gets underway. Named after co-founder Eddie Ryan, the Eddie Ryan Memorial Wing is a 340 sq m expansion which will form a new display hangar.

Employing over 1000 people worldwide, Ei Electronics is headquartered in Shannon where all key Manufacturing and Commercial functions are centred. Its business has expanded significantly over its 30-year history and today rank as one of Ireland’s leading indigenous electronics manufacturing and exporting companies.

With their goal to inspire and educate as many people as possible about the world of aviation, the Shannon Aviation Museum has everything from flight simulation experiences, aircraft displays, museum tours and aviation courses. The Centre is an aviation experience for people of all ages from small kids and flight enthusiasts to budding pilots.

Aiming to give Shannon a clear visual identity to match its aeronautical heritage, the Aviation Museum urges locals and businesses alike to get involved. Whether it’s visiting the museum, assisting with funding, or recommending the centre to others, all support is encouraged and greatly appreciated.

Main photo above: Gerry Murphy, Erin Malone and Peter Murphy of Ei with Jane Magill at the Shannon Aviation Museum 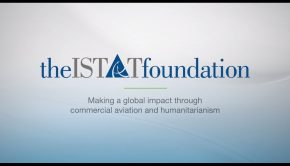 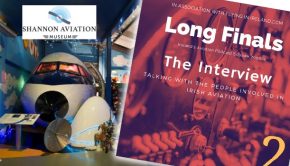