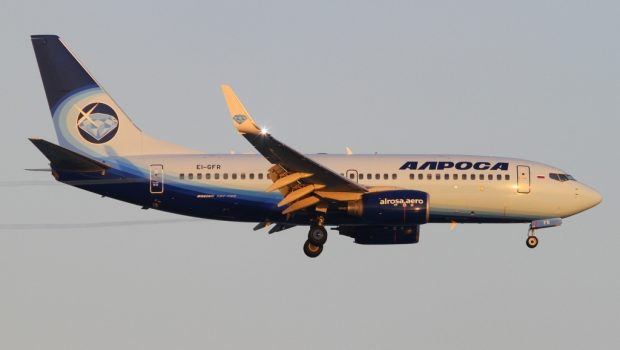 Main photo: Boeing 737-7CT, EI-GFR, is one of the aircraft affected by the sanctions. It has reportedly been re-registered as RA73268 in contravention of ICAO Article 18. As a result, the IAA has cancelled its certificate of airworthiness along with 34 other aircraft. Photo by Joe Heeney.

The European Union adopted a comprehensive set of restrictive measures in response to Russia’s invasion of Ukraine in February 2022.  Those measures relate also to the aviation sector and contain in particular a comprehensive ban on the export of goods and technology suited for use in aviation and the prohibition of provision of technical assistance and other related services in relation to aviation goods and technology to persons, entities or bodies in Russia or for use in Russia. The measures adopted by the EU also ban Russia’s air carriers and aircraft from flying into, over or out of the territory of the EU.

In response to the measures adopted, the IAA has restricted Russia’s air carriers and aircraft from flying into, over or out of Irish airspace.

As a further consequence of the sanctions issued by the European Union, Canada and the United States of America, Russian airlines operating aircraft registered on the Irish aircraft register no longer have access to the current approved airworthiness and operational data from the type certificate holder, which is required for the continuing safe operation of these aircraft. As the airworthiness of these aircraft cannot be assured, the Irish Aviation Authority has cancelled the certificate of airworthiness for these aircraft. The full details of the Direction contained in IAA Aeronautical Notice A.114 is available here. The list of aircraft impacted is repeated below.

The registered owners and operators have been directed to remove the certificate of airworthiness issued by the Authority and that the aircraft shall not be flown without prior permission of the IAA.

The IAA will only deregister aircraft on request from the registered owner, in accordance with relevant Irish legislation and procedures.

This also ensures an aircraft is not deregistered until a registered mortgage or ICAO Cape Town – irrevocable deregistration and export request authorisation (IDERA) is discharged.

The IAA request all ICAO Contracting States to comply with the obligation to carry out effective surveillance over foreign operators flying in their territory, in order to ensure that they do so in full compliance with applicable SARPs,  and to take appropriate action when necessary to preserve safety (Resolution A36-6, clauses 1 and 2). Articles 11, 16, and 29 of the Chicago Convention are key in this regard. The IAA request all ICAO contracting States to restrict these aircraft from flying into, over or out of their airspace. The flights should only be allowed after prior consultation with the IAA. 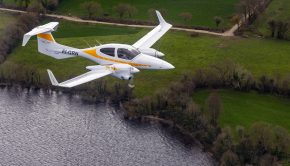