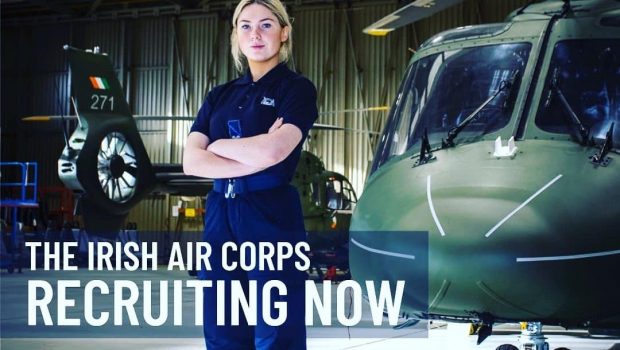 The Air Corps is seeking motivated, enthusiastic and technically minded individuals who are looking for the opportunity not just to learn a highly technical trade but also to practice it in challenging conditions as part of a wider team of competent aviation professionals. The Air Corps is seeking individuals who have an interest in serving the Irish state, can work as part of a team, can use initiative and enjoy problem solving and developing solutions.

A summary of candidate requirements and qualifications is as follows:

Candidates will undergo, online psychometric testing, fitness testing, supervised psychometric testing, psychomotor and cognitive testing, a competency based interview and a medical exam. Candidates who are invited for interview will be required to complete and sign a Garda Vetting Application Form that, pursuant to Section 8 of the Data Protection Act, 1988, will authorise An Garda Síochána to furnish the Defence Forces with either, a statement that there are no convictions recorded against a candidate, or a statement of convictions, as the case may be.

The system of training is of the highest standard, which should ensure the attainment of the highest qualifications. The training programme in the Air Corps Technical Training School has been developed to provide ab initio technical training.

The programme is aimed at meeting the current and future employment needs of the Air Corps by providing graduates with a Level 7 Degree. The programme offers an interdisciplinary approach in which the students obtain a mix of technological and operational skills specifically related to Irish Military aviation requirements.

The programme is delivered in the Technical Training School of the Air Corps College or in any other place as designated by the General Officer Commanding the Air Corps.

The programme complies with the Technological University Dublin Education Awards under the National Framework of Qualifications. Graduates of this Programme will be eligible for the following award – Bachelor of Engineering Technology in Military Aviation Technology (B.Eng. Tech.) on completion of the requisite modules. All Air Corps Apprentice Aircraft Technicians will sit the European Aviation Safety Agency (EASA) Part 66 modules to obtain theoretical knowledge for EASA B1.1 (Fixed Wing Turbine) or B1.3 (Rotary Wing Turbine), or B2 (Avionics) licence requirements. The EASA qualification of aircraft mechanic is internationally recognised insofar as aircraft maintenance licensing is concerned.

On successful completion of apprentice training, qualified aircraft technicians are assigned to operational and support Units in the Air Corps maintaining Air Corps aircraft and contributing towards the Air Corps’ mission. A career as an aircraft technician offers opportunities to undergo maintenance courses on various types of aircraft as well as opportunities to undergo career courses for promotion to higher ranks. 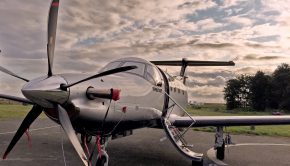 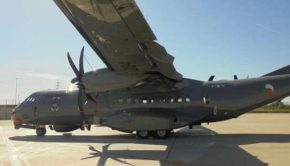