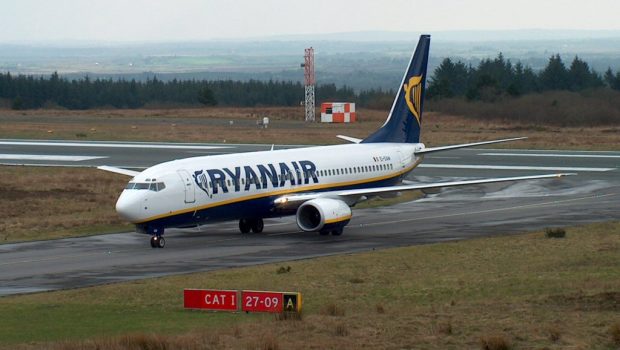 Ireland West Airport has welcomed the announcement by Ryanair of a new year round service to Birmingham to commence in March 2022. According to the airport, the opening of the new route reinforces Ryanair’s commitment to Ireland West Airport and the rebuilding of the airports route network. This is the third new route to be announced by Ryanair from the airport in 2021 following the commencement of new services to Edinburgh and Manchester in September. In addition, their services to Malaga and Milan will operate through the winter in 2021/22 for the first time.

Commenting on the new Birmingham service Ryanair’s Director of Commercial, Jason McGuinness, said: ’We are pleased to add this new route to Birmingham from Ireland West Airport as part of Ireland’s summer 2022 schedule, offering our customers yet another UK destination to choose from Ireland West Airport. Having added over 560 new routes and opened 16 bases throughout the last 12 months, Ryanair is now looking ahead to S’22 and the addition of 65 new B737-8200 ‘Gamechanger’ aircraft to its fleet, which offer 4% more seats, 16% less fuel and a 40% reduction in noise emissions, making Ryanair’s S’22 schedule the most exciting and environmentally friendly to date’.

Welcoming the news, Joe Gilmore, Managing Director, Ireland West Airport commented ‘The airport are delighted to welcome today’s announcement of a new twice-weekly service to Birmingham with Ryanair. Our Birmingham service has long been one of our most established routes from the airport and it has been a priority for the airport to see this popular service restored. I have no doubt this will come as welcome news for the thousands of people who used this service from us over the last number of years both in Ireland and across the Midlands region of the UK. Today’s announcement is a further vote of confidence in the airport and means that Ryanair will now offer passengers a choice of 15 destinations across the UK and Europe to and from the airport and reflects both the airport and Ryanair’s commitment to rebuilding and expanding our route network. We are confident that with the support of our loyal customer base, Local Authority partners, stakeholders and Government, the airport will return to growth in the not too distant future when international travel recovers from the effects of COVID-19’.