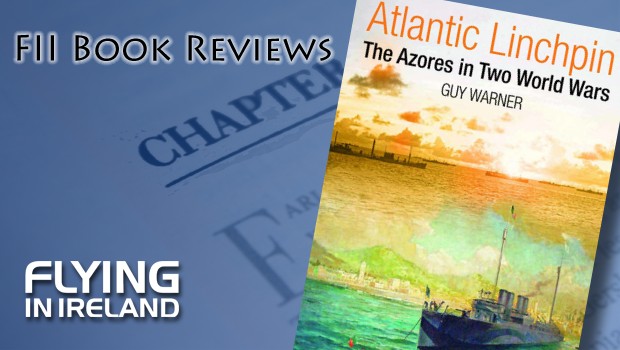 The Azores is very strategically placed on the map and if one was to plan a conflict involving transatlantic maritime convoying it would be difficult to ignore the presence of this chain of islands. Situated about one third of the way into the Atlantic Ocean off the European/African continents, it affords a base for both aviation and maritime operations, enabling the countering of some of the advantage – and threat – of submarine warfare. This situation came to pass and was true in the Great War – and even more so in the Second World War – when effective submarine warfare threatened the survival of the Allied war effort in Europe.

Lavishly illustrated with a large and varied selection of contemporary pictures covering both wars and the inter-war period, every page carries another sharp picture of interest. Guy Warner’s book is also a fascinating insight into life on the islands of the Azores, as there are nine of them! Not all were actually involved in the conflict but the author gives some insight into the social and political effects caused by a sudden influx of sailors and aviators’ intent of waging warfare using the most modern of instruments, the aeroplane, and also intent on relaxing and having fun when off duty! The Azores was a very isolated community at the time of the First World War and as can be imagined there was friction between the military and the local community. However, through good communications and a shared understanding of the problems facing the local community a middle ground was reached and relationships seem to have stabilised at a very amicable and workable level.

The use of the Azores did not go unnoticed by Imperial German High Command and there occurred an event on the 4th July 1917 when Ponta Delgado came under attack from U-boat 155, a long range German Navy submarine. The defences at the time were a single coastal defence battery and, fortuitously, the four deck guns of an American Navy collier / resupply ship, the USS ORION. This ship was moored in the harbour having arrived to dump coal to support the many allied warships operating from the island. Orions’ crew put up a magnificent defensive fire and thwarted the determined attack by the U-Boat and drove it off. This attack left four civilians dead, a number of wounded and several buildings in ruins. Thus ended a memorable 4th of July for the Orions’ crew!

Guy’s book draws extensively on reporting by the local newspaper, the Acoriano Oriental, which captures every incident and development that occurred over the wartime period. The support given by the Azorean people to the Allied war effort resulted in a few ‘firsts’ such as

In an example of humanitarian outreach, the people of Ponta Delgado received extensive help from the staff of the US Marine Corps and US Medical Cops during the influenza outbreak on the islands of 1918. It seems that even the Azores were caught up in that pandemic too and the military did their best to contain the outbreak and treat and rehabilitate the local population. This enrichment of the relationship between the visiting armed forces and the population was carried through into the peace once the conflict had ended.

Guy Warner provides extensive and detailed References, Appendices and Notes cataloguing the maritime and aviation activities on and around the islands during both World Wars and the interim period of peace also. In typical Guy fashion he hasn’t left a stone unturned so if you’re looking for any information about military activity on the Azores during either World War, if you are looking for detailed social and economic context for this activity from a local viewpoint then this book is for you! I found this publication a most enjoyable, informative and enthralling read which I am pleased to commend to historians and casual readers alike.