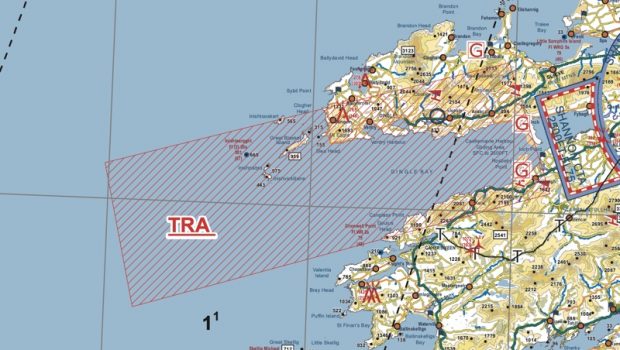 The IAA has published details of two Temporary Restricted Areas  (TRAs) off the coast of Kerry that will be active on Wednesday and Thursday this week. The TRA applies to aircraft and drones. Its purpose is to ensure the safety of aircraft participating in an Irish Coast Guard training exercise operation in the vicinity of Dingle Bay off the Kerry coastline and of other air traffic operating in the vicinity of the Kerry coastline in the period cited.