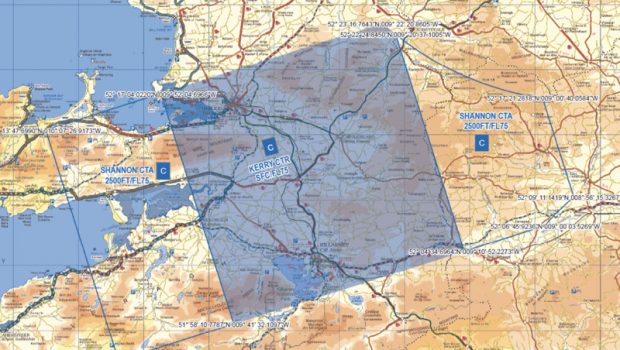 The IAA has said there will be a further two-week delay in publishing the Airspace Change Proposal (ACP) as part of the current Irish Airspace Review. The update planned for 23rd September will now be published on 7th October. A workshop using Microsoft Teams will be held on Thursday, 21st October and comments on the proposal will be accepted until the close of business on 4th November. The final airspace design will be published on 2nd December with the effective date delayed until 20th May 2022.