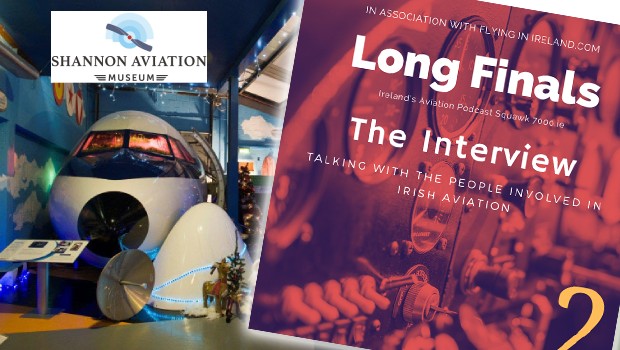 We return in season 2 of Squawk 7000 with a visit to the Shannon Aviation Museum and talk with Director Jane Magill. For those with a passing interest in Aviation and those with a passionate interest, a visit to Shannon Aviation Museum in Co Clare is a must! They have an interesting collection of civil and military aircraft, including a 1950’s Cold War Jet, Blackburn Buccaneer XX 894 Low-level strike bomber and one of the longest-serving aircraft in the Irish Air Corps FR 172 R210.  You can get up close to the fastest English Electric Lightning XX144 cockpit, and see Richard Jones’s replica Spitfire cockpit, an Avro Anson English Electric Lightning.