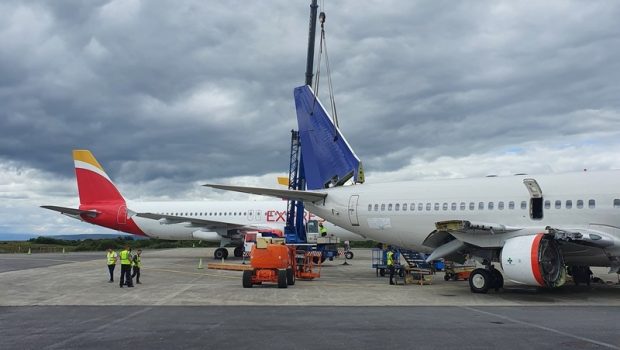 EirTrade Aviation, the aviation technical asset services and trading company with a specialist aircraft disassembly facility at Knock, has been awarded an AFRA (Aircraft Fleet Recycling Association) accreditation. The accreditation will see the Company taking on the disassembly market as the first, and only, AFRA accredited facility in Ireland and will serve to reassure its clients of the regular review and regulation of all processes.  EirTrade provides disassembly services for all Airbus, Boeing, Embraer, Bombardier & ATR types. To date, EirTrade has disassembled regional and commercial aircraft of all sizes from ATR72 to A380 aircraft.

The AFRA Best Management Practices (BMP) Guide for Disassembly is the leading standard for dismantling aircraft in a safe, efficient and environmentally friendly manner. Established in 2006, AFRA is a membership-based global collaboration to elevate industry performance and increase commercial value for end-of-service aircraft. AFRA represents companies from across the globe and throughout the supply-chain – from manufacturers to material recyclers. Through the collective experience of its members, AFRA’s BMP Guide has significantly improved the management of end-of-life aircraft in terms of environmental and sustainable performance.

“The AFRA accreditation contains a very clear set of recommendations and best practices for aircraft recycling. EirTrade was already working to these standards however, the accreditation now reaffirms that to the market and provides an added level of comfort to our customers,” says Lee Carey, VP Asset Management at EirTrade Aviation. “EirTrade has always ensured that each aircraft disassembly at Knock delivers maximum efficiency and quality for our customers while taking the necessary precautions to ensure that the process is environmentally friendly and does not have any negative impact on the local eco-system. The discussions surrounding the environment and sustainability are very topical at present and this is very much a priority for EirTrade when disassembling aircraft.”

EirTrade’s operations and expansion in the West of Ireland has created employment in the region and it expects its employee number to increase significantly in the near future as the organisation continues its rapid growth. The Company has recently secured planning permission for the construction of a huge hangar at the facility which will be large enough to facilitate A380 aircraft and has also made an application for 145 Approvals with the Irish Aviation Authority which will increase the scope of EirTrade’s service offering to its clients.

The disassembly of aircraft at Knock Airport ensures that over 95% of the material from each aircraft is either re-used or recycled with any other harmful materials disposed of appropriately. The material harvested from the aircraft is then used to support other operating aircraft. “It is important to remember that every part that is reused mitigates the need for a new unit to be manufactured, which prevents a significant amount of carbon output,” continues Carey. “Customers can contract EirTrade for the disassembly of aircraft knowing that the whole process is conducted in an environmentally friendly manner. Furthermore, as a member of AFRA, EirTrade will now participate in developing the future of aircraft end-of-life.”

As a parts’ trading company, EirTrade understands the importance of quality when it comes to the crating of the material. Following removal, the team cleans the parts to remove any heavy dirt or fluids before packing and every component removed from the aircraft is crated in ISPM-15 standard crates for transport. Customers are also given access to a live report which gives them full transparency of the components removed from the aircraft at any point in time during the disassembly process.

EirTrade will further expand its disassembly capability as it commences CFM56 series engine teardowns in its Dublin facility in Q3 2021. 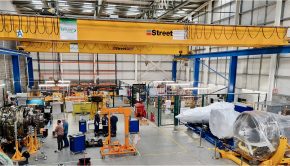