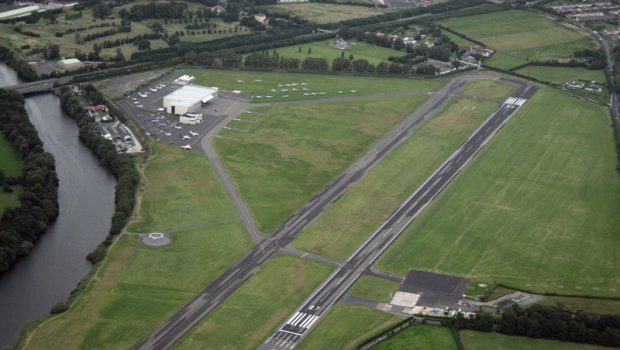 The owner of Weston Airport, Brian Conneely, has announced that he has successfully negotiated with an investment group to take a majority stake in Weston Airport, Dublin. The completion of the transaction is conditional on due diligence, binding documentation and regulatory consents.

General & Business Aviation coupled with Flight Training will continue to be the primary focus of the investors and current owner. Mr. Derick Walshe, a Limerick-based financier, leads a group of investors including Mr. John Brennan, Ms. Catherine Greene, Mr. John Collison, and Mr. Gerald Dundon. The group intends to upgrade facilities and to develop Weston as a general aviation centre.

The investment plan will modernise facilities at Weston to create a best in class experience for airport users, employees and the local community. Bar, restaurant and conference facilities will be enhanced and improvements will also be made to the terminal, aircraft storage and hangar areas. All current staff will be retained and it is envisaged that additional employment could be created for the local area as new services are introduced.

Mr. Derick Walshe said ‘A vibrant Weston is central to the health of general aviation in Ireland. Our investors are aviation enthusiasts who are focused on turning Weston into a state-of-the[1]art facility. Our plans are to invest in and upgrade the existing aviation and non-aviation facilities and to create a destination that is open and welcoming to the local community. We are committed to revitalising Weston to the betterment of aviation in Ireland. We look forward to opening this next chapter in the story of Weston.’

Weston Airport was established in 1931 by Mr. Darby Kennedy, a founding father of aviation in Ireland. Weston is located to the West of Dublin City Centre with flight training, flying clubs, light aircraft and helicopters predominantly using the facility. It incorporates 9,000m² of operations buildings, an air traffic control tower, three large aircraft hangars and has over 20 based aircraft. Weston also provides aeroplane storage, refuelling and aviation safety training