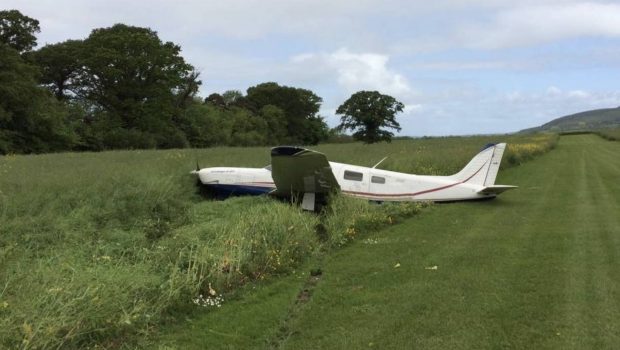 How Current are your Flying Skills?

One of the many challenges of the Covid pandemic for general aviation pilots has been trying to keep flying skills sharp. Like all motor skills, they require practise to maintain and without practice slowly start to degrade. Stick and rudder skills on their own are not the only skills required to fly safely. Situation awareness, workload management, threat and error management and decision making are some of the soft skills also necessary. For most pilots, these skills come as second nature and take up very little conscious thought. However, when they’re missing, they have an awful habit of kick-starting an error chain that can quickly snowball into an incident, or even worse, an accident.

After the first lockdown last year I had been out of flying for 3 months. I remember sitting into a PA28 only to find I had left my checklist at home. No problem I thought, I’ll just use the aircraft one. I then realised they had all been removed as a Covid countermeasure! With several thousand hours under my belt and several hundred hours in this particular aircraft, I didn’t think much of it and continued on with my actions from memory. Shortly after engine start, I noticed the engine running a little rough, I increased the throttle slightly only for the engine to cut out. I had forgotten to turn on the fuel… For me, that was the wake-up call and I went back to the clubhouse to buy another checklist. Everyone makes mistakes, regardless of experience. The chances of making a mistake increases with lack of currency. The experienced pilot will trap the error and prevent it from happening again.

So why am I telling you this? In the last three months in Ireland, there have been seven incidents / accidents involving general aviation aircraft. This is a significant spike above the 10-year average and while it might be a little early to see if it’s statistically significant, it should be a wake-up call to any pilots out there who have flown less than they normally would since the pandemic begun. Six of the seven accidents occurred during the landing phase and were either categorised as a Runway Excursion (RE) or Abnormal Runway Contact (ARC). Several of these have resulted in the aircraft being written off. I’m not going to comment or speculate on the causes of these occurrences – if required the AAIU will publish a report in due course.

When I teach Human Performance & Limitations as part of the PPL, I always highlight the graph below because I think it effectively sums up why so many accidents occur in the landing phase. It is the most challenging aspect of the flight and the most likely time the pilot will run out of cognitive ability. As the saying goes, the superior pilot will use their superior judgement to avoid having to use their superior skills. In other words, if your mind stays ahead of the aircraft, you can usually see things going wrong before they actually happen and take corrective action early. This could be a go-around or even something as simple as a speed correction back to the correct approach speed. A lack of currency coupled with some other factors may have the ability to reduce your capacity to a point that you can’t see the danger coming until it’s too late.

With that in mind, how can a pilot who is not that current safely return to flying? The obvious answer is to fly with an instructor but there are lots of other things that you can do to regain your peak performance. Firstly, if you haven’t watched it already, I strongly recommend the GASCo return to flying course which is available FREE online here. This presentation is very well put together and highlights the main threats of returning to flying after a prolonged break.

Assuming your licence, rating and medical are current and you’ve flown with an instructor, there are other things you can do to reduce your risk of a mishap. These could include:

As your confidence and currency increase, you can slowly increase your limits back to the normal parameters that you operate to. Another document that might be worth a read is this issue of Clued Up, which is dedicated to safely returning to flying following the pandemic.

So, before you’re next flight, ask yourself honestly, how current are you? If you’re not happy with the answer, then maybe it’s time to have a chat with a friendly instructor or sit down and have a read of the documents above.