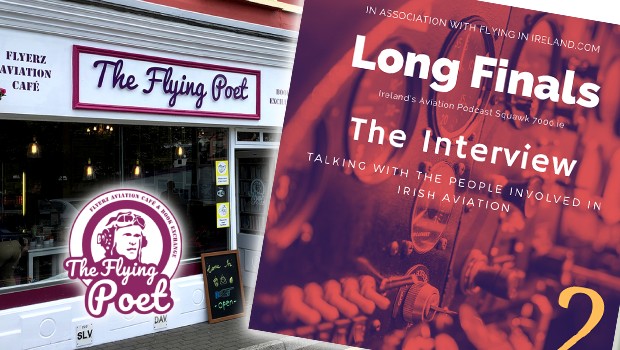 In conversation with Pilot Paolo Massolini, born in Zambia, living in Kinsale.

Our guest this week was born in Zambia, went solo illegally at 15 years and 1 month and started flying professionally in 1983 for a charter company in Zambia. He later flew in Botswana then in South Africa for a charter company Safair Freighters on the C130 and then eventually for South African Airways on the Boeing Fleet 737 and 747 and the Airbus A340, A330 and A320. He is now in Kinsale in Ireland where he owns the Flying Poet. https://flyingpoet.ie/

Paolo is also one of the founders of a well-known aviation establishment in Johannesburg, the Hi-Flyerz Aviation Bar. The Flying Poet Aviation Café aims to promote awareness and create enthusiasm for aviation in Ireland. The paraphernalia in the café provides a good insight into all spheres of aviation.