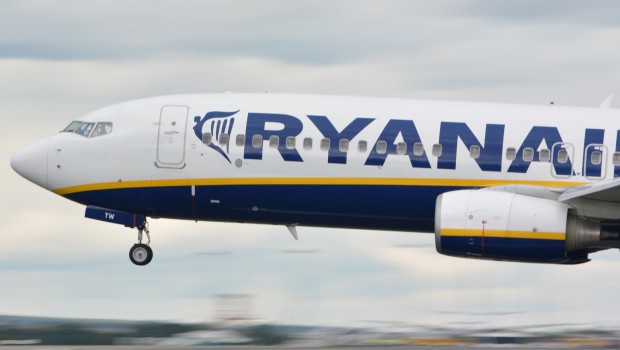 The Minister for Transport, Eamon Ryan, TD, has announced the return of air services on the Kerry and Donegal routes. The Kerry route will be operated by Ryanair on a commercial basis and a preferred bidder has been identified for a PSO funded Donegal route. The collapse of Stobart Air on 12th June had resulted in an immediate cessation of Government funded Public Service Obligations (PSO) on vital regional air routes between Dublin and the airports of Donegal and Kerry.

An emergency procurement process to restore these PSO services was launched on 21st June.  While the Donegal route will continue to operate as a PSO Government funded route, Ryanair has stepped in to operate the Kerry route on a commercial basis with twice daily flights from the 19th of July.

Minister Ryan said, ‘I am very pleased to announce that services on the Kerry-Dublin route are to be re-instated from 19 July at no cost to the State. Ryanair has offered to meet the public service requirement on the Kerry/Dublin route, ensuring fixed standards of continuity, regularity and pricing. Ryanair has committed to operate a sustainable service over the next 7 months and beyond, with higher seating capacity than previously provided by Stobart Air’.

The Minister referenced obligations on Member States to comply with EU Regulation 1008/2008 in relation to air service Public Service Obligations (PSOs), particularly Article 16(8) which allows any other EU air carrier, at any time, to commence scheduled air services on such routes provided all the public service requirements are met, including the specified period of operation, which was 7 months in this case.

Minister Ryan added, ‘I believe this is a really good outcome for the Kerry region, providing a higher capacity air service for passengers as the summer season unfolds, and supporting the local economy as it begins its recovery from Covid.  It is also good news for the taxpayer as Ryanair will operate the route on a commercial basis. There will be no cost to the Exchequer for the provision of this service’.

However, Ryanair subsequently issued a statement saying it was not consulted about Minister Ryan’s announcement describing it as “premature and inaccurate”. The airline said that while it had offered to operate a non-subsidised service between Dublin and Kerry, no agreement had yet been concluded. No further details were available. A number of airlines had expressed an interest in operating the route including Estonian state-owned airline Nordica. It is rumoured Nordica may have been selected as the preferred bidder for the Dublin – Donegal route.

Minister of State Naughton said, ‘I am delighted to confirm that my Department has commenced contract negotiations with the preferred bidder to operate a public service obligation on the Donegal Route’.  Subject to a positive outcome in that respect, the Minister said, ‘I’m hopeful that I’ll be able to announce the preferred bidder shortly with a view to services resuming, on the same basis as before, in the week commencing 19th July.  Government funded air services on the Donegal route provide vital connectivity for Donegal and the North-West region.’

Concluding, Minister Naughton said, ‘I am sure today’s announcement will see a collective sigh of relief from Kerry and Donegal as these crucial routes are reinstated ensuring our regional connectivity as COVID-19 restrictions continue to be eased.’

The Government is acutely aware of the devastating impact that COVID-19 restrictions are having on the aviation sector and from the outset has sought to ensure that the aviation industry is in a position to rebound quickly when the public health situation allows. Government supports for the airports, airlines and companies in the aviation sector have been provided throughout this crisis.

To date, the sector has received approx. €300 million in State funding through employment supports, waiver of commercial rates and deferral of taxes. The bulk of the support to airlines is through the TWSS/EWSS wage subsidy schemes which were specifically designed to maintain the link between employers and employees. Liquidity support has also been made available by ISIF to large aviation enterprises.

In recognition of the very difficult circumstances facing the aviation sector, the Government agreed a revised funding package of €80 million specifically for Irish aviation in 2021.  As part of this package, €21 million is being provided under the Regional Airports Programme (2021-2025) this year. While this will give much-needed funding certainty to Donegal, Kerry and Ireland West Airports, it also provides support for the air service PSOs.  Funding was provided to Stobart Air while it operated these services on the Donegal/Dublin and Kerry/Dublin air routes until 12th June this year. The annual cost of the contract with Stobart Air was over €7m.

In the absence of a commercial operator on the Donegal – Dublin route, services on the Donegal route will be provided under a Government funded Public Service Obligation. These services provide vital connectivity to the regions. Air service journey times on these routes, including the time involved for check-in and security clearance, are considerably shorter than equivalent journeys by bus, rail and car. In respect of travelling between the airports of Donegal and Dublin, there is no rail alternative, and the journey by bus takes approximately 8 hours.  The contract with Stobart was in place from January 2018 and was due to expire on 31st January 2022.