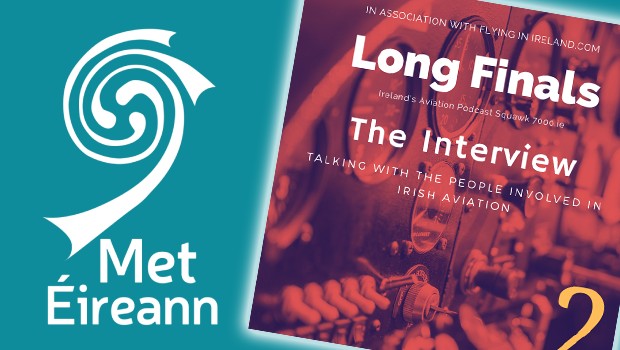 On this edition of Long Final from Squawk 7000. We met with Tony Tighe, Head of Aviation services with Met Eireann, to talk about the services available to general aviation in particular. The first ‘real time’ weather observation was transmitted from Valentia Island in Co. Kerry on the 8th October 1860  However, it was not until 1936 that the Irish Meteorological Service was established to provide accurate weather information for transatlantic aviation.

Forecasting for aviation was the main preoccupation for the fledgling Service. That is until 1948, when it assumed responsibility for the weather forecasts broadcast by Radio Éireann.

Many things have changed in the intervening years, such as the installation of high-resolution weather radar systems at Dublin Airport and Shannon Airport in 1990 and 1996, respectively.

In March 1996, its 60th year of operation, the Meteorological Service adopted the new title Met Éireann. In 2001 Met Éireann launched its website, and in 2008, a specialised web-based Met Self Briefing service was introduced to provide aviation data to pilots and aviation customers.