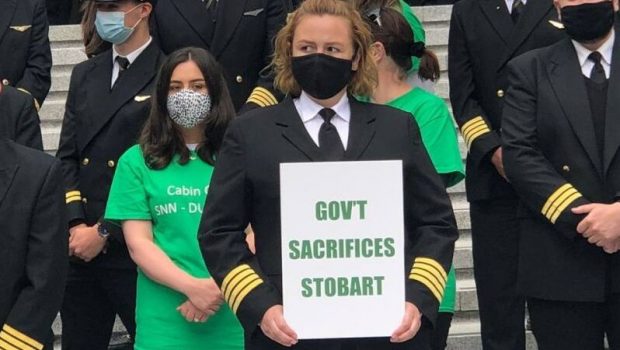 The Irish Air Line Pilots’ Association (IALPA) and Recover Irish Aviation (RIA) today jointly responded to the Government’s decision to indefinitely delay the reopening originally planned for 5th July, warning that there is imminent collapse of a number of sectors in the Irish economy.

IALPA Vice President, Capt. Alan Brereton, highlighted that with the delay now stretching past the peak summer, many businesses will be forced to close.

“The decision of the Irish government today to blindly follow the advice of NPHET is evidence of regulatory capture. Coupled with the delayed piecemeal implementation of the EU Digital Covid Certificate, many businesses dependent on aviation and tourism in Ireland will have no choice but to shut down. With inbound tourism representing 75% of the industry here, Irish Aviation will be on the verge of collapse.”

Capt. Simon Croghan of RIA added, “The use of unverified modelling data by those in charge of public health is a dereliction of duty. Rather than adopting widespread public health measures such as those seen in Denmark, NPHET’s advice remains the same: lockdown. Over 4 million vaccinations have been given to date in Ireland, there is no rationale to this decision.”

Both IALPA and RIA pointed to the experience across the European Union and United Kingdom where widespread use of antigen tests along with vaccination rollout has not only permitted indoor hospitality to resume but has also enabled millions to travel safely. The rebound in these economies is in stark contrast to experience here in Ireland where the same restrictions exist as 12 months ago — a time when no vaccinations existed.

“The IALPA, along with many others, have been warning Government for many months now that their decision making is now causing more damage to Ireland than the pandemic itself. We had multiple hearings and reports but no action. This inaction has cost many dearly” Capt. Brereton said.

Capt. Croghan said in conclusion, “The months of June to August are critical to the success of the Irish Aviation, tourism and travel industries. By blindly following NPHET advice, good jobs and good businesses will be lost forever. Millions of tourists will decide to go elsewhere – the Irish economy will be damaged for many years to come.”